It's -28C outside, hardly cycling weather, and yet The Good Life Community Bike Shop is bustling with staff and volunteers. The mood is upbeat, despite the weather – and the unexpectedly gloomy news that the organization must vacate its downtown location by the end of February.

Now, instead of focusing on fixing bikes and teaching new skills to everyone from teens on work programs to homeless volunteers, Jackie Mann, the Calgary shop's 28-year-old co-founder, is scrambling to find new digs.

"We need to make sure we're here for the long haul," Ms. Mann said, "It's a critical service and it's fun."

For almost four years, this shop has been taking in castoffs, many destined for the dump, and getting them back into working order for another spin on the streets.

"Greasers" sling wrenches and spray WD-40 over two-wheeled machines that hang from repair racks. Refurbished bicycles, with prices ranging from $15 to $250, are neatly lined up waiting for buyers.

About 3,000 bikes have been recycled here. But this isn't a typical used-bike store.

It also dispenses the wisdom of hands-on mechanical skills through free tutorials and workshops. It offers a work-trade program that allows people to toil in the store as a way to earn a bike or parts. It has helped homeless people learn new skills, which has in turn translated into jobs.

"We thought it was valuable to building community," said Ms. Mann, a year-round cyclist and proud owner of four bikes.

The Good Life is one of dozens of non-profit bike shops that have sprung up across the country catering to bike aficionados as well as novices. They appeal to those interested in green transportation. But many also have a strong social mission: They offer a bit of a shelter to those struggling to make a decent living; help troubled and inner-city youth become self-reliant; become a safe place for the marginalized.

"A lot of people come here because it's a place to be free," said Rick Kubik, a 57-year-old retired technical writer, who stumbled into the shop two years ago and now picks up the odd paid shift.

The shop's home at Eau Claire Market, a shopping centre located along the Bow River, near Calgary's heavily used bike paths, has been key to its success, said activist Britt Aberle, 25, who works part-time at The Good Life.

But Devon Hutt, Eau Claire's property manager, said the shop's lease has expired and a new, more desirable tenant is on tap for the space. "It's a fit more conducive for a retail property," he said.

In an economy with high rental costs and a low vacancy rate, this would be a death sentence for most non-profits. But folks at The Good Life are trying to treat the sudden move as an opportunity. "I think we're in a position now to ramp it up," Ms. Mann said.

Ms. Mann and co-founder Jonny Barrett, 29, said they were blindsided by the order to move, but they are rolling with it. They have their eyes on two potential locations; real-estate agents have volunteered their services to help in the search and storage is already arranged if new space isn't found right away, Ms. Mann said optimistically.

The operators founded the shop with a $5,000 grant from the Alberta Ecotrust Foundation. They opened the 1,700-square-foot Eau Claire space in May, 2008, and have grown it into a $100,000-a-year operation. According to its 2011 annual report, revenue rang in at almost $94,000, two-thirds generated from bike sales and the rest from grants and donations, while it posted a $5,000 loss.

It boasts more than 5,000 members, five paid positions and about 400 active volunteers.

For 60-year-old Daniel Giesbrecht, a retired trucker who lives below the poverty line, it's become a second home since he found it, wandering by, three weeks ago. He has learned about more than just bike mechanics: "It keeps me off the streets and from getting into trouble," he said.

Starting a charity at 8? Meet the generation taking action
January 2, 2012 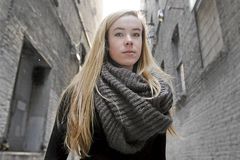 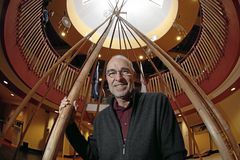