Shaved head, stocky build, easy laugh – Stephen Leafloor certainly lives up to his stage name. Even as a 52-year-old father of three, "Buddha" can still do a back handspring and land in the splits.

The self-proclaimed "b-boy for life" has been breakdancing for 30 years, founding the Canadian Floor Masters in 1983 and opening for Grandmaster Flash, James Brown and Ice-T.

Having the right mix of empathy and street cred has also served him well as a social worker and architect of Blue Print For Life, a five-day program that brings healing through hip hop. Since 2005, Mr. Leafloor and his crew of b-boys, rappers and DJs have travelled to 40 Northern communities, teaching kids how to do backspins while connecting them with their elders and traditional culture.

They've even begun doing workshops at the Calgary Young Offender Centre, ending the week with a dance battle for friends and family.

I grew up in Windsor, Ont., listening to the Motown and funk coming out of Detroit, and roller-skating every night. I was severely bullied, and doing break-and-enters and getting into trouble. The first time I saw a guy spin on his back, I thought, I gotta get me some of that swag.

I became a bit of a local dance superstar, and I put together the Canadian Floor Masters. Meanwhile I got a Master of Social Work from Carleton and wrote my thesis on hip-hop culture. Seven years ago, I was a social worker in Iqaluit and led what was supposed to be a one-off breakdance program, but word got around and the phone started ringing like crazy.

When I was 23, I volunteered to help take a group of kids who were on probation on a canoe trip. I discovered I had a talent for talking to angry young men, because I've been there, done that. For me, physical activity and gaining confidence through dance were the best ways to deal with anger.

The intensive five-day format lets each day build on the day before. We start out teaching choreography, and when their bodies are tired, we'll do drumming, throat singing with beatboxing, and storytelling. We'll even get great-grandma scratching at the turntables.

We're trying to make these kids proud of who they are. Life is still going to throw stuff at them, but we try to build resiliency and help them develop a survival tool kit. We try to humble ourselves and let them teach us, too, which is different from a lot of other southern programs coming to the North.

The first time I walked into the Calgary Young Offender Centre, they all had their gang faces on. Of 80 in the program, 50 or 60 were in there for murder. As the week went on, the gang faces disappeared and they were laughing and just being kids again. It was magical. Some of the hardened guards said that, in 30 years, they'd never seen anything like it.

When we have the group put on a dance battle at the end of the program, we see parents and elders weeping because they've never seen their kids so happy. The confident kids are already signed up for sports and everything, but it's the shy kids, the ones in the back with their hoodies pulled over their heads, they're the ones we want to reach.

We're partnering with the housing board in Nunavik to work with youth to reduce vandalism in northern Quebec's Inuit communities, and returning to Calgary in the fall to work with young offenders again.

We're hoping to bring the program to other institutions. In this political climate, I'm worried we're moving into a U.S.-style system. But these are kids, man. Every dollar spent on crime prevention saves 10.

This interview has been condensed and edited. Send suggestions for the Action Figure to livebetter@globeandmail.com. 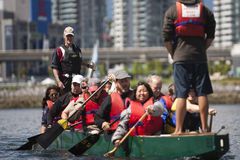 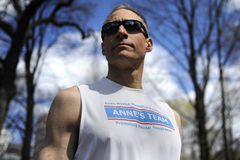 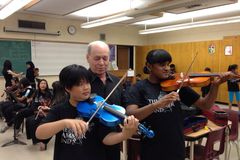