Muuxi Adam, 24, the eldest of five, grew up in Somalia surrounded by poverty and gunfire because of the civil war. At 14, Mr. Adam was kidnapped and chained to a fence for 18 months. He finally broke free and found his way to his home, but his family had left. He set off on a flight with a friend, expecting to reunite with his family in Ethiopia.

Confused and exhausted, he was in the air when he heard the flight attendant say, instead, "Welcome to Toronto, Canada."

From Toronto he travelled to Winnipeg, where he was abandoned by the man who had accompanied him at the bus depot, on a cold October morning. He stood there for hours until a stranger, Abdi Ahmed, passed by and asked if he needed help. Mr. Adam, who did not know English, took a chance and spoke to him in Somali.

That was 2004. Mr. Ahmed would become Mr. Adam's mentor and father figure, and eventually his partner in establishing the not-for-profit Humankind International Inc. (HKI), based in Winnipeg, dedicated to building schools for refugee children in Ethiopia and Kenya.

In February 2008 I went to see my mother who I had finally found and she was living in a refugee camp in Ethiopia. While I was there I met an eight-year-old boy, Abdillahi. I asked him where he went to school and his face fell. He told me that because he was a refugee he could not go to school. It was then that I found out that refugees do not have status and, therefore, school was not an option.

When I returned in March, Abdi and another Somali man I came to know, Abdirisak Adam, and I met at Tim Hortons. I told them about the little refugee boy and that I wanted to build a school. They asked how they could help.

Our first success will be to build a school in Dadaab, Kenya, in 2013 for 150 kids, aged 5-8. We are well on our way in terms of creating our curriculum. This is being done in partnership with Canadians who are former educators and a Kenyan man, Hassan Mire, who has a background in early childhood development. We will offer these kids a basic education as well as peacebuilding skills.

Twenty-five dollars a month will provide two meals a day, a uniform, school supplies and pay a teacher's salary for a year. We are holding school-based presentations, local fundraisers and sports events in Winnipeg and seeking the support of private donors to raise the $53,000. We work in partnership with Accountable Development Works to provide charitable receipts for all donations.

What keeps you awake at night?

The international community's neglect of the famine in Somalia; there were signs of it before it happened and these signs were ignored. People died and suffered.

I love to play basketball and spend time with my wife Elham and my sons, Hassan [3] and Salahaddin who is two months and I am finishing up my double major degree at the University of Winnipeg in International Development & Economics. As someone who came to Canada with a Grade 4 education I am very proud of this accomplishment as I am also working as an after school program manager.

My son Hassan was born in 2009 so I took some time away from HKI and this slowed me down a bit.

If we can build one school, why not build 10 schools?

K'Naan. He can relate to kids in the Dadaab refugee camp.

Farah Mohamed is president & CEO of the G(irls)20 Summit. Send suggestions for Action Figure to Livebetter@globeandmail.com

Giving a voice to children who suffer from chronic pain
July 9, 2012 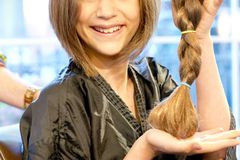 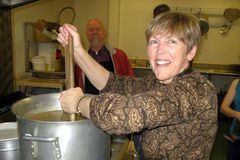 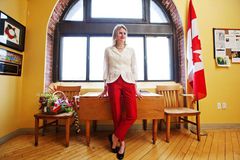