Greg Rogers says a teacher's greatest reward is to see his students succeed.

Mr. Rogers has quite the student success story to share: at Brebeuf College School in Toronto, he taught and coached Marc Kielburger, who co-founded Free the Children with his brother, Craig.

Mr. Rogers, now co-ordinator of student leadership for the Toronto District Catholic School Board, has been involved with Free the Children and We Day since their inception and is a firm believer in FTC programs' value in motivating students and fostering success.

"We partnered with Marc and Craig on some of their early programs and now we are a strong partner on all their programs," Mr. Rogers says. Twenty-eight of 30 schools in his board are involved in some kind of Free the Children program.

"For our board, there is a personal connection, of course, but for the board in general, we have seven goals for our students in terms of our vision, and one of those is to be a responsible citizen in your school, in your own community and in the global community," he says. "What Marc and Craig are doing aligns with that particular goal. Obviously, they are really impacting positive change in our world."

He says FTC helps young people find the point of intersection between their gifts and talents, and the needs of the community. That becomes an opportunity for leadership.

"Engaged students equal successful students," says Scott Baker, executive director of Free the Children. "This is what teachers and board officials understand. Students who feel part of a community become more connected and stronger members of the school community."

Mr. Baker says his organization's main involvement in schools is We Act, a year-long engagement program for students to participate in service learning and local and global change. It goes hand-in-hand with We Day. (Individuals, families and companies can also participate in We Act).

Across Canada, nearly 5,000 schools representing 131 school boards have formed partnerships with FTC on We Act. About half of the participants are pupils in grades 6, 7 and 8, and the rest are high-school students. Working with school boards, FTC determines how to tailor the program so it's relevant to regional issues (such as poverty, hunger, aboriginal rights) and that it meets the schools' objectives.

"At the heart of it, Free the Children believes in the power of young people, and when you look at the success of the program, we don't define it as the number of schools signed up for We Day," Mr. Baker says. "It's the actions of those students, what are they doing in the community and in their school. We understand that last year alone, they raised $11.5-million for hundreds of charities across Canada."

Mr. Rogers says We Act has enacted change within his own board: "Students have a greater awareness of water as a gift and the commodification of water. At some schools, students have led campaigns to put spouts on water fountains to use with refillable bottles. And after they wanted to know where the school uniforms were being manufactured, that resulted in a sweat-shop campaign being adopted by the board.

"We support inclusion and belonging of all of our students and FTC campaigns have really helped galvanize building community in all of our schools," Mr. Rogers says.

There are several reasons why FTC has built such strong support in schools, he says. "Kids get what's fair and what's not fair, and Marc and Craig really highlight what's fair and not fair in the world."

He says FTC realizes the power of music to communicate with young people, and at We Day famous musicians help to get the message across.

"Young people are also searching for role models and Craig and Marc bring in people who have a powerful impact, who are role models, to talk about the importance of being global citizens. That is very powerful for young people."

He says youths who go to Kenya or another FTC overseas program find new role models in the mothers who walk kilometres a day to collect water or the parents or grandparents who make sacrifices so their children can get an education.

Sean Kohler, 16, from Oakville, Ont., went to Kenya this summer with his parents and older brother.

"The trip was perspective-changing," Sean says. "It makes me realize how lucky I am and all the opportunities I have because of the education I received, a family that supports me, the home we have and all the technology. It provides me with an amazing environment to succeed. Seeing others who didn't have that opportunity was life-changing."

Although Sean's school does not have a Free the Children program, his family became inspired to participate in a trip to Kenya after his parents heard Craig Kielburger speak at a pharmaceutical company conference.

"I was in hook, line and sinker," says Sean's mom, Kirsty. Her sons have volunteered for local causes but, "I want to raise my boys to also see the world globally. It was very much a parenting decision."

"I can definitely see myself involved with Free the Children and doing more trips," Sean says. "It's so much fun, so interesting and teaches you to be thankful for what you have. I'd do another in a heartbeat."

As a global project, schools were asked last year to support Free the Children's year-of-water initiative and challenged to collect pennies that were dropped off at Royal Bank of Canada branches. More than $1.5-million was raised that will help provide clean water to 100,000 people over the next two years.

"This year, our theme is education and we've adopted it as one of our core pillars internationally," Mr. Baker says. "Free the Children has talked to children around the world about their future dreams and their main dream is to go to school. It's going to be a really interesting challenge and we want to build 200 schools overseas."

Since 2007, youths involved in We Act have achieved the following:

7.5 million hours of silence logged by youth who stood up for children in developing communities silenced by poverty and exploitation. 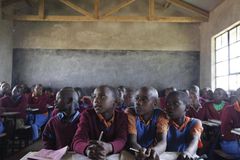 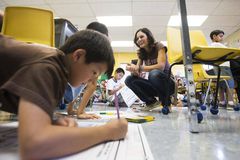 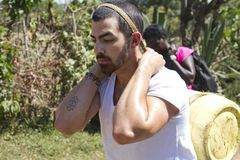 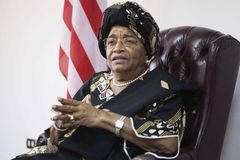