Once upon a time, arts patrons came only from megawealthy families, such as the Medicis of Renaissance Italy, banking scions who commissioned works from Raphael and Michelangelo, among others. These days, it's not just the 1 per cent that can fund passion projects. Thanks to the boom in crowdfunding, artists and designers can turn a pile of random loonies and toonies into enough cash to make their dreams come true. The popular crowdfunding platform Kickstarter has raised $1.9-billion for more than 92,000 projects, with several notable Canadian successes, such as the Pebble watch, the Bublcam and the Peachy Printer.

Increasingly, innovators don't even need a final project on which to hinge their ask. Digital patrons are sending small dollar amounts to regular people who look as though they deserve a little cash help from their Internet friends. Singer Amanda Palmer collects $36,000 every time she produces a "thing" (whether a song, a video or a webcast performance) from 6,049 patrons. Toronto writer Anne Thériault has 94 patrons who collectively kick in $608 a month so that she can "create a feminist paradise." Cancer patient Donna Farrage of Maple, Ont., raised $66,000 to help with treatment-related costs.

As fun as it is to back a project by a famous (or just Internet-famous) person, some contributors are finding that the patron relationship can go deeper than the transaction. It often seems more meaningful to give to a real person than a faceless non-profit organization, even if both are repping a cause in which you believe.

Toronto-based writer and digital strategist Audra Williams supports several people, and not necessarily because of the work that will be produced. Williams, who describes herself as a "feminist person on a fixed budget," sees her contributions as partly political, a way to show women who often receive a backlash for having strong views that their opinions are valued and their treatment is unfair.

For instance, she contributes to Chicago comic Ali Barthwell, whom she has never met or seen perform onstage. "I support Ali because she regularly generates Facebook content that is very thoughtful and compelling," Williams says of Barthwell, who is an improv performer with Second City. "[She] gets thousands of shares … and then her notifications become a mess of dudes and white people being idiots. I can't fix that, but I can like give her five bucks a month and hope that people will step up too."

Williams also supports Thériault, the writer. "Everybody I sponsor generates some really compelling content or discourse on their social media and it's pretty exhausting, thankless work," she says. "I just feel like we owe it to folks doing that work to support it financially if we can."

Sometimes when the crowd funds, it shapes a creator's ideas. Toronto director Jason Leaver has crowdfunded the last two seasons of the cult hit Web series Out With Dad. The show focuses on Rose Miller, a teenager coming out of the closet – Leaver originally imagined the show as a father-daughter story, but fans and funders of the show wanted more about Rose's high school relationships. "I do see them as the boss," he says of his monthly supporters. "I want to give them the product they believe in. I try to read everything that the audience says."

To process the funds, some creators use Patreon, a U.S.-based crowdfund site that lets creators post their pleas and delivers any donations to their accounts on a monthly or per-product basis. GoFundMe.com also supports campaigns by individuals: Some of its best-funded campaigns are for regular Canadians who need help with catastrophic medical costs. It can also be a way to convert a moment of celebrity into a business: When Torontonian Elton McDonald was revealed as the digger of a "mystery tunnel" underneath a public park, he used GoFundMe to start a landscaping business.

A somewhat more controversial crowdsourcing campaign for daily acts of feminism has been publicized under a simple, radical Twitter hashtag: #GiveYourMoneyToWomen. Created by Twitter users (and dominatrixes) Yeoshin Lourdes and Bardot Smith, the tag is used by people who want to spread the message that much of the value that women create, on social media and in real life, goes uncompensated.

By that, they mean sex, yes, but not just sex: The two have argued that since a female presence creates an incentive for men to join social networks – much like "ladies night" at clubs commoditizes female bodies to sell booze – women should be paid for just being around.

The intense push-back to this idea often focuses on the women's sex-work professions. "People get stuck on what they already deem worthy of payment," Lourdes said in a recent interview on the feminist tech site Model View Culture. "Some will say it's okay to receive gifts and shopping money from a suitor, but what Bardot and I are doing is dirty and immoral." Lourdes and Smith use PayPal and Square Cash to process their donations, although both services have user agreements preventing "obscene" or "adult" works.

The squeamishness of payment processors around sex extends to some crowdfunding sites. Patreon has taken some heat for policies that make it hard to find adult-oriented projects on the site. Several writers, filmmakers, photographers and even backers whose work is similarly sexual were leery of being interviewed about how they use Patreon, fearful that attention would force the site to take action against them.

"I [fund] a couple of pornographic filmmakers; they are both independent and incredibly talented," says A.V. Flox, a freelance journalist who donates to a number of people and projects. "I really like funding projects that are creative that enable people to do what they love, especially the types of things that conventionally have not been able to receive a lot of attention or funding because they are related to sexuality."

Flox, who runs the blog Slantist, funds various philanthropic and educational causes too. "Initially, I think it was very much about funding the kind of thing I liked and wanted to see more of. Then you realize you have the ability to enable people to create and you start thinking beyond yourself. I like funding things that don't yet exist."

Ultimately, what crowdfunding does is explode the notion of scarcity of resources. It's about proving that creators don't need to work with a gatekeeper publisher, broadcaster or retailer to find a market for their work. Certain ideas and idea creators have always won outsized rewards, leaving a little less for the worthy but unsexy projects. Now, the crowd can chip in to correct those injustices, if it wants to.

How Kickstarter is changing the film industry
May 15, 2018 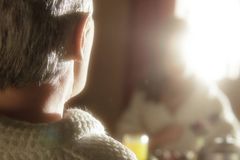 Crowdfunding’s other benefit for designers: testing the market
May 12, 2018 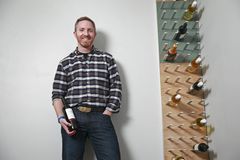