The question: You've talked about influencing political decisions at the national level – but what about policies I want to change in my city?

The answer: Andrea Tomkins' blog, A Peek inside the Fishbowl, consisted of kid-friendly recipes, family outing ideas and other aspects of life as a young mother in Ottawa – until a 1930s convent near her home was tagged for demolition to make way for a new subdivision of megahomes.

Fearing the development would destroy the heritage and harmony of her community, Ms. Tomkins took to her blog – posting updates on city council proceedings and meetings she had with local councillors, as well as others' impassioned pleas to save the building.

The blog already had a large following for Ms. Tomkins's fun and useful parenting tips, and awareness of the convent's story spread quickly. Soon her blog was the go-to source for journalists looking for updates, and eventually her savvy online and in-person campaign helped win a heritage designation that saved the convent and the neighbourhood.

It's hard to imagine a blog inciting change in Canada's foreign policy, but local politics are often easier to influence because both the issues and the politicians are closer to home. Important social change has been generated at the local level: anti-smoking, anti-pesticide and more recently anti-idling campaigns have started as grassroots movements that won by-laws in one community and spread across Canada.

Of course, size makes a big difference – change in Toronto, Calgary or Vancouver is likely to be more challenging than in a small town. But the guiding principle of political change remains the same across levels of government: It doesn't happen unless you push for it. Even a small group causing a minor ruckus can tip the scales in your favour.

Start by raising awareness of your issue, through online media, or community newspapers that are often starving for content but quite widely read – especially by people who are engaged in the community and most likely to get involved or vote.

Neighbourhood associations are a great venue to network, build awareness and recruit people-power to your cause, as are local service clubs like Rotary – a ready-made congregation of community business, political and social leaders with contacts, insight and influence. You're also likely to find local groups in your community working on various environmental and social issues – join one of their campaigns and they may help you with yours next.

Get to know your local elected representatives – they're often far more accessible than the stereotype. Seek out those who might be sympathetic to your cause, and if you find one who is especially favourable, consider volunteering in their office or on a campaign – their resources are so scarce that you will be very appreciated, and your best face time with a politician is to spend an afternoon knocking on doors together.

If you're still lacking traction, run for office yourself. We were at a conference of school board officials from across Manitoba last month and met Mike Lawson, a 19-year-old school trustee whom we mistook for a student representative. Mr. Lawson had graduated from high school to setting education policy for his district – his former principal and teachers are now accountable to him.

So many of us complain about things we disagree with – to our friends or on online message boards – but so few get out into the community and do something about it. And that's where the real change happens. 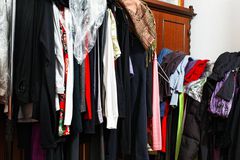 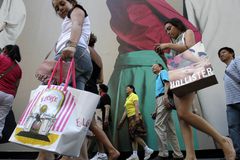 Sustainable gardening: How to get a truly green thumb
March 5, 2012 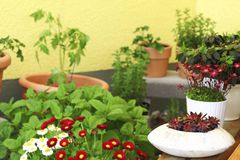