Chief Darby Allen fought the flames that consumed Fort McMurray only to start a new kind of fire.

As one of several speakers at the We Day event Wednesday at Toronto’s Air Canada Centre, the heroic firefighter stoked the embers of national pride while sharing what it was like in the jaws of the beast that consumed part of his northern Alberta town last May.

There was smoke, there was destruction, but there was also something else: a feeling of community that stretched coast to coast. 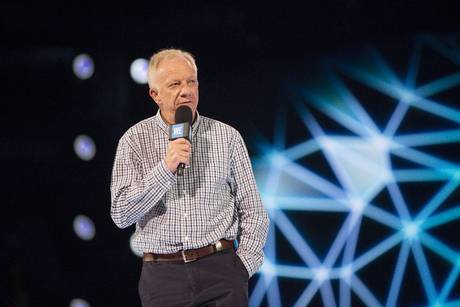 “Canadians just wanted to help,” he said, sparking a roar of approval from the school-age crowd.

Canada – a cold country with a warm and generous heart – emerged as a central theme of the all-day We Day event, which was attended by 20,000 students from 1,000 schools in southern Ontario. 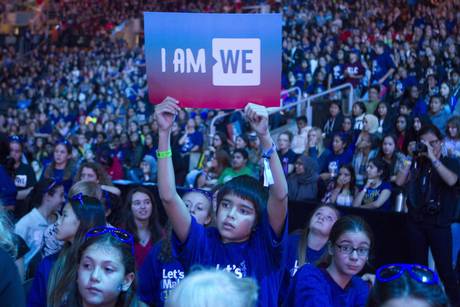 Billed as the world’s greatest classroom, the event celebrates youth initiative and commitment to social change.

No tickets were needed, but attendees had earned their way in by giving their time and energy to at least one local and one global issue. 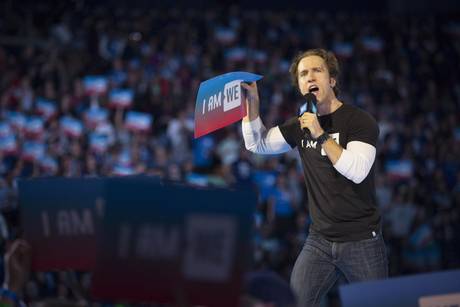 Craig Kielburger, co-founder of We Day.

An 11th-hour addition to the lineup, Downie performed a song from his Secret Path solo album, inspired by the real-life story of Chanie Wenjack, a 12-year-old indigenous boy who died when he ran away from his residential school near Kenora, Ont., 50 years ago. It was a highlight. 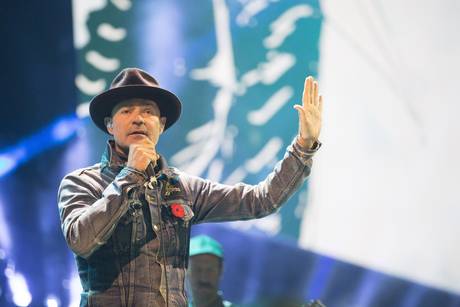 Gord Downie of the Tragically Hip.

Taped for television, the We Day Toronto event also featured appearances by homegrown YouTube star Lilly Singh, singer and choreographer Paula Abdul, Olympian Penny Oleksiak and singer Nelly Furtado. It will be broadcast on MTV and Much on Nov. 28, followed by CTV on Dec. 10.

Also included was the inaugural presentation of Prince Charles’s Youth Service Awards, to four young Canadians recognized for their social activism. Speaking to the We Day crowd via a video feed, Prince Charles congratulated the students for being “agents of change.” 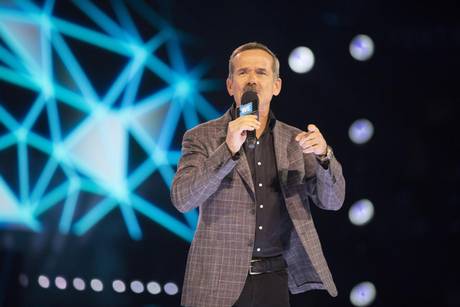 Toronto brothers Craig and Marc Kielburger launched the We movement in 2007 to aid global communities in need. Schools sign on with the We Charity, formerly known as Free the Children, drawing on the organization’s philanthropic activities to enrich their own curricular and extra-curricular programs.

Participants have the opportunity to travel abroad to build school rooms in Kenya and Ecuador, to name a couple of countries where We continues to make a difference. 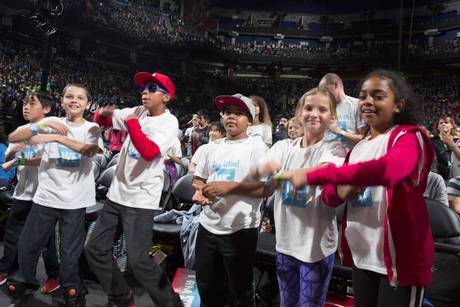 Kids dancing in the audience.

“When people come together we can make a massive impact,” declared co-founder Craig Kielburger early in the day, driving home the message.

But this year’s event also spotlighted domestic issues, such as the federally sponsored Truth and Reconciliation Commission examining the mistreatment of aboriginal children at the hands of Canada’s residential school system.

Next year marks the 150th anniversary of Confederation, a milestone that prompted We Day to look closely at what it means to be a Canadian. The answers were as varied as people posing the question. 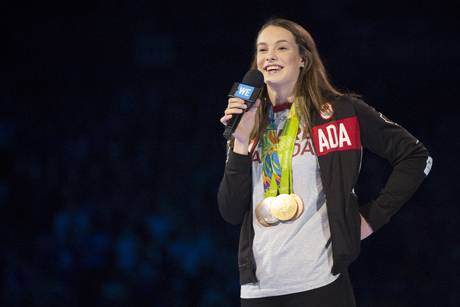 Margaret Trudeau, the mother of the Prime Minister and a mental-health advocate, spoke onstage of the Canadian Charter of Rights and Freedoms as evidence that Canada is uniquely tolerant. 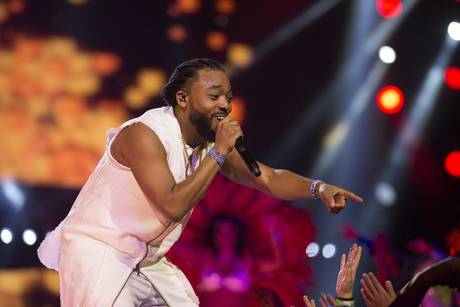 Machel Montano performs"It's Carnival" at the end of the show.

Michael “Pinball” Clemons, the former Toronto Argonaut football player turned motivational speaker, expanded on that idea. He had experienced racial intolerance growing up in the American South – his mother, who joined him onstage, attended a segregated school – and said that Canada alone gave him “an opportunity and a purpose” in life in helping the less fortunate.

Added Jacob Hoggard, lead singer of the band Hedley, “I’m a citizen of a nation that welcomes and includes the best the world has to offer.” 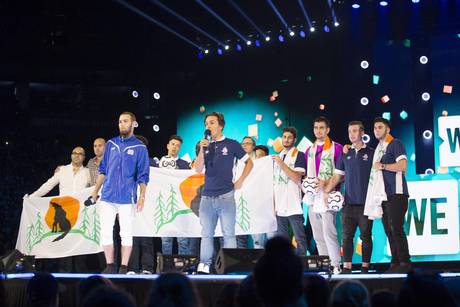 From Canadian astronaut Chris Hadfield, students gained a view of the country as seen from outer space.

“I orbited the earth 2,650 times. I saw the planet every 92 minutes. My perspective was truly global,” shared Mr. Hadfield, holding the audience spellbound. “We are one unified world. The world’s issues are our issues. Use your time, skills and energy to do something about it.” 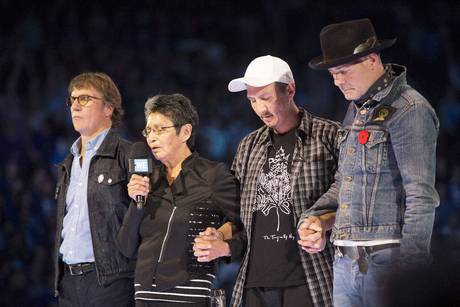 “See past what makes us different and look at what makes us the same: The desire for happiness, for fulfilment, for grace, for peace,” he said. The students jumped to their feet, activating the starry lights of their cellphones in the darkness of the ACC.

Among them was 14-year-old Tessa Piccolo from Fonthill, Ont., who had gained entrance to We Day by organizing bake sales to raise funds for overseas causes and initiating a breakfast club to feed needy students in her community.

“I love it, I love the energy,” said the Grade 10 student, drinking in the celebratory air. “We are all like-minded people who want the world to be better place.” 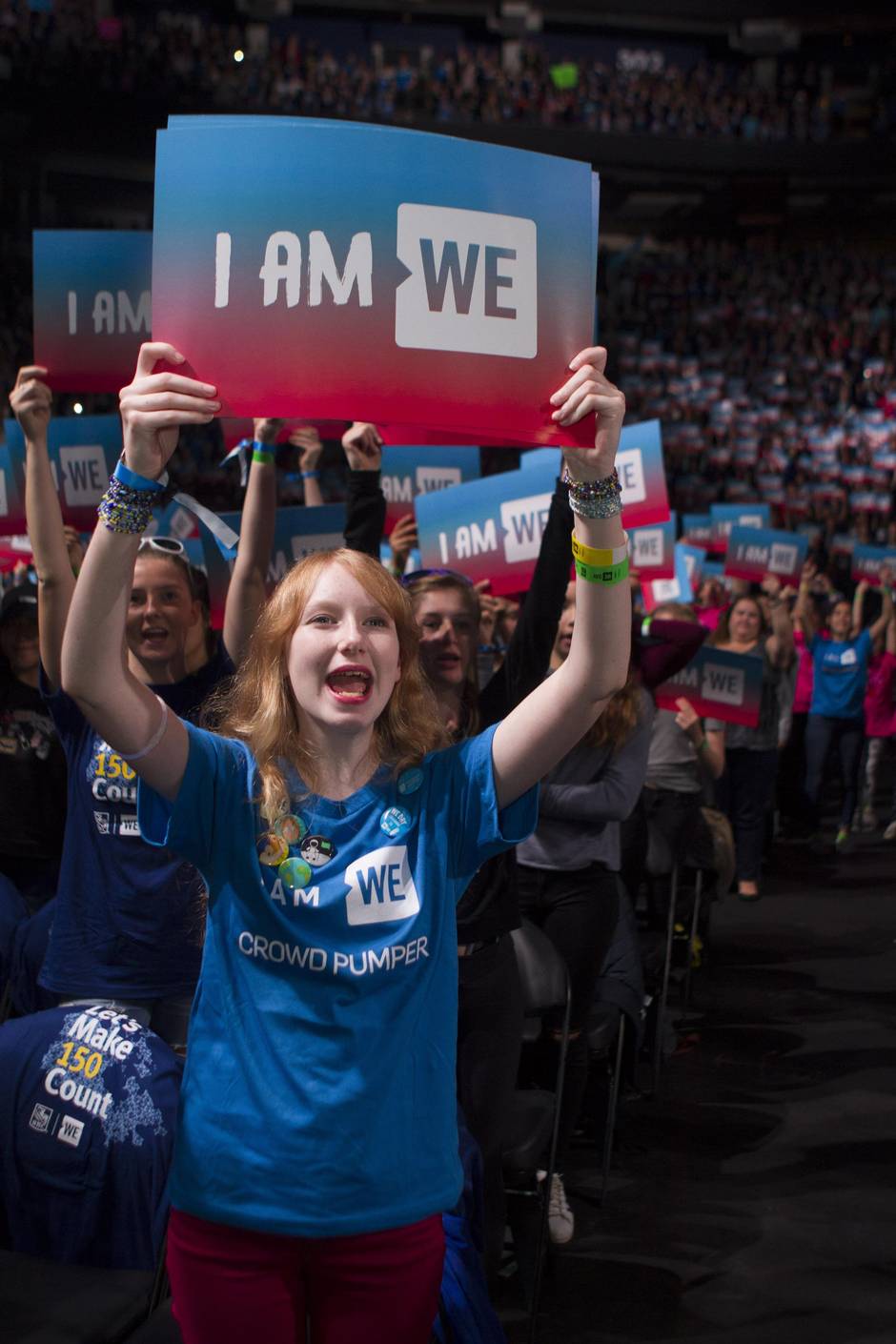