Bullied and beaten from the age of 13 for being gay, Jeremy Dias had put up with enough. So at 17, he took the Algoma District School Board to the Ontario Human Rights Commission, alleging that Sault Ste. Marie's Sir James Dunn Collegiate would not allow him to start a gay social club in school. After a five-year battle, Mr. Dias was awarded Canada's second-largest human rights settlement. With the funds, Mr. Dias, now 28, founded and currently directs Jer's Vision, an Ottawa-based organization focused on anti-bullying and anti-discrimination programming for young people. This year alone, Dias and his team connected with more than 75,000 students across Canada.

"When I was 13, I was holding hands with a boy and these guys called us fags. With the help of Google, I figured out I was gay. It wasn't something I could talk about with my parents or teachers. Actually, I remember one of my teachers saying lesbians and gays get cancer because they don't have children. We have a lot of work to do to let people at all levels know why it's okay to be diverse."

"I was beaten up twice in Grade 12 and I wanted to kill myself. I was sitting in science class and realized I only had two options – kill myself or live with being gay. Jessica, this girl in my class, said, "you seem like a nice guy." Her comment came from nowhere – I never thought of myself of as a nice guy and this got me thinking that maybe if I say something louder or harder or did something, maybe I could make it better for others."

"I asked five of my friends who had also been bullied to volunteer for one meeting a year where we would pick a winner for [the Jeremy Dias LGBTQ Scholarship Fund to recognize a young person who demonstrates a commitment to their school or community to stop discrimination scholarship] The first recipient was from Thunder Bay and was chosen for his documentary about a gay amputee."

"I used to think I won the lottery for losers. Now, I feel like I am making a difference."

"Q Hall of Fame Canada recipient Janine Fuller because she challenged Customs Canada for preventing the importation of gay and lesbian literature by seizing books and magazines at the border."

"Creating safer and more respectful schools where students feel comfortable being who they are. What is the school like before and after we get there? Do they start diversity clubs? Has bullying decreased? We are working with the University of Ottawa to track what happens so we can assess our impact."

"For every $1.25 donated to Jer's Vision, we educate one youth in school. We now need 500 people to become monthly donors – donating $2 a month."

"I met a student who was doing an in-school suspension for beating up a queer student. He attended my workshop and came up to me after and explained that he beat up a gay youth. He apologized to me, and explained he had no idea what he was doing, and now he did. He ended up starting the Diversity Club at his school. Those who are not gay can stop bullying by creating a culture of respect at school; they make their schools and communities safer for their peers, especially those who identify as LGBTQ."

How this grandma helped raise $12-million for African grandmas
October 3, 2011 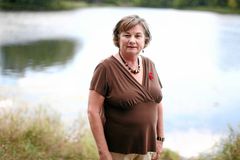 A hat trick of cancer spurs family to make a difference
September 30, 2011 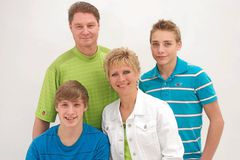