When Ilana Landsberg-Lewis, 46, talks about her work in Africa, it is clear that this isn't just a job, it is a calling. With healthy doses of realism and idealism, a sense of justice and a "nothing is impossible" attitude, she is fierce about her mission: turning the tide of HIV and AIDS in Africa by working with Africans and Canadians. With a team of 20 people, Ms. Landsberg-Lewis assists 3.4 million children with HIV by educating their families and helping them navigate the system so they can access essential medicines.

"In 2002, I was on a family vacation with my parents and my newborn son, Zev – their first grandchild. At moments, my father would revel in the joy of a new grandson, but in between moments of familial closeness, I watched my father [Stephen Lewis]drift away. It was on that trip that we first talked about starting a foundation together."

"I was on maternity leave from my job as the adviser for CEDAW (United Nations' Convention on the Elimination of All Forms of Discrimination Against Women) at UNIFEM in New York and my brother came to drive me back home to start the foundation. In a little house in downtown Toronto, I began the foundation at the kitchen table, with a computer and an old donated photocopier."

"In January, 2003, Stephanie Nolen of The Globe and Mail wrote a powerful article about AIDS in Africa and my dad's role as the UN envoy there. Within days, the mail carrier knocked at my door and asked if Stephen Lewis lived here and if he was running for office again! It turned out that he had a bag of mail in his truck, addressed to Stephen at my address, with moving letters and cheques from people across the country wanting to contribute!"

"When the children we care for feel some comfort and love before they die."

"Someone who strives to keep the buffer between the injustices in the world around us and the outrage, sadness and anger about it, as thin as possible."

"My parents are my heroes. There was never a separation between who they were at home and who they were in their more public lives."

"The foundation approaches donations differently. We prefer not to pick one item over another but rather to take a more holistic approach. Yes, $20 can buy a pair of shoes and paper and pens for school, but if a child doesn't have grief counselling to repair a fractured life from the loss of parents, or food to eat, or safety from sexual predation on the way to school, or kerosene to do homework … that one item just isn't enough."

"The international retraction of funds by governments."

"Initially, I didn't understand the extent to which the crisis of AIDS in Africa resonated for Canadians. Did I think that Canadians would respond to the foundation as they have? No, I admit, the depth of caring and response surpassed anything I imagined."

"Every day I learn something new from the projects with which we work, for example the need for sanitary napkins for young girls who otherwise would stay home from school."

"I was in Tanzania this past January visiting a group of HIV-positive women who are raising awareness in their community, breaking the stigma around AIDS, running income generation and support groups for women living with HIV and AIDS. They want to bring the men along with them – educate them and assist them to learn about testing and counselling, talking about sexuality and safe sex, and respecting the rights of the women in their lives."

"U.S. President Barack Obama. If he ended the flat-lining of the presidential program for AIDS in Africa [PEPFAR]and resurrected meaningful support the Global Fund to fight AIDS, Tuberculosis and Malaria, it would have a powerful impact on millions of lives."

Farah Mohamed is president and chief executive officer of the G(irls)20 Summit. Send suggestions for Action Figure to Livebetter@globeandmail.com.

‘Criminal’ cuts to AIDS fund make Africa’s dire situation even worse
November 25, 2011
In 'Life, Above All,' Canadians tell the story of AIDS in Africa
July 12, 2011 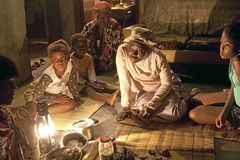 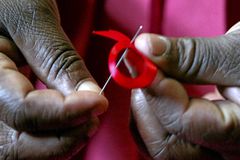 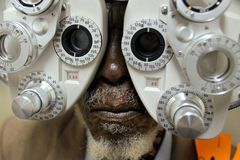