Did you know the road to hell is paved with baby carriers?

More specifically, it's paved with the good intentions of thousands of middle class Western parents, who have banded together online to donate their ring slings, Baby Bjorns, Bobas, Caboos and Pottery Barn kid carriers to the wave of mostly Syrian refugees moving across Europe.

A quick Google search will show you countless shout-outs from well-meaning organizations who are, bless them, collecting used slings to send to Hungary, Greece and France. These ad-hoc groups have names like Aussie Babywears For Refugees, Ring Slings and Baby Things for Syrian Refugees, Canadian Slings for Syria and Ireland Slings for Solidarity.

Why is this happening? Is it even helping anyone? Who the heck knows?! The point is it's making people like us feel good. And feeling good is what matters most when we know lots of other people are feeling bad, especially when that bad feeling comes from the fact that, having left their homes in impoverished and often war-torn countries and spent weeks migrating across land and sea, these refugees find themselves in dire need of … a used organic cotton Ergo original (never mind the spit-up stains).

As a grassroots movement, it all seems so darn sweet. But talk to anyone in the charitable sector – especially aid workers on the ground – and they will tell you straight-up: NGOs don't need your used stuff. It's not helping. It's impossible to process and the hassle of bringing it to the people who supposedly need it is simply not worth the effort in the face of other pressing issues, such as food, water, shelter, medical care and emotional support.

If you don't believe me, take it from Francine Uenuma of Save the Children (which, along with other seasoned and credible NGOs such as Plan, Oxfam and Unicef, is doing exceptional on-the-ground work in this complex humanitarian crisis).

"Please, please, don't send us your slings," she implored on her phone from the Serbian-Hungarian border this week. Last Tuesday, Uenuma and her colleagues helped about 200 families camped out in a no man's land between the two countries get access to food and drinking water.

The day before, she was in Greece on the Isle of Lesbos, where she helped a family who'd washed up on the beach in a dinghy get medical help. "The grandmother had a bent ankle and there was a baby who was cold and listless," Uenuma said. She and her colleagues drove them to the nearest hospital and made sure they received care.

How did Uenuma do all this without a baby sling? It's hard to know. Wait, actually, it's not. She did it with funding from her NGO, a registered charity, by which she is paid a salary and travel expenses. Because that's how we help refugees in far away countries: by sending our best-trained people out to see what they actually need and helping them fund and deliver it. Not by mailing our old pacifiers, sippy cups and Bugaboos to Kos.

"I don't want to be too blunt about it but the fact is unless you live locally, the best thing you can do in this crisis is donate," Uenuma said. She added that of course the refugees she's working with need stuff, but they are getting all the clothing and supplies they require from local groups who are every bit as concerned as those of us who live across the Atlantic – probably more so, since it's happening where they live. Don't forget this is Europe. They've got lots of used baby slings in France, Greece, Hungary and Serbia. They even have Baby Gap.

I'm hardly the first person to broadcast this message. Just last week, Unicef, the World Food Programme and the Disasters Emergency Committee, an umbrella fundraising body for aid charities, launched a fresh public appeal for funding instead of material items. Charities are being flooded with tents and baby blankets while facing a massive shortfall in funding for food, health care and education. Related use of the handy Twitter hashtag #SWEDOW ("stuff we don't want") has also kicked into high gear.

But are the mommy and daddy groups listening? Nope. Instead, I've heard reports of social media spats when the ludicrous impracticalities of the sling drives are pointed out. Some concerned citizens just don't want to bother themselves with practical questions like "Am I actually helping anyone?"

Which brings us to the thorny question of where our strongest charitable impulses come from in the first place. The truth is, it's much easier to feel charitable toward the dispossessed when they are far away, ideally in a barbed-wire camp across the ocean, rather than in our own communities. Yet that is exactly where we should be off-loading our lightly used cribs, change tables and designer high chairs. The irony of privileged parents sending our useless baby stuff halfway around the world when there are families struggling down the street is head-shaking.

Of course the urge to give ultimately comes from a good place. But if your best and most noble efforts are having the opposite of their intended effect, you are, in essence, doing a disservice to the very people who need your help most.

If you really want to help the refugees, it's simple: Find a registered charity and give them your money.

And if you don't have money to give, take your old stuff, sell it on eBay and send the cash to an organization that has good people on the ground – people such as Francine Uenuma. 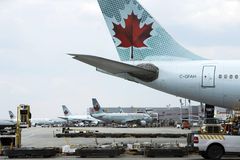 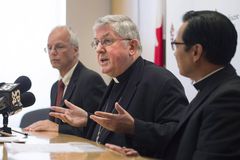 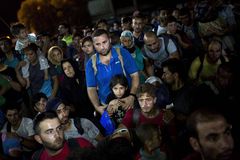