When Kardinal Offishall talks at We Day about getting involved, he will speak from personal experience.

"I have been participating in a lot of Free the Children events, and a couple of years ago I went with them to Kenya for the first time," he says.

That was then. Now, the popular rapper, record producer and executive has just returned again from Kenya, where he accompanied 10 young people in August on a work and education trip.

"The kids were there for two weeks. They came from the Alexandra Park community in downtown Toronto, from Dufferin and Eglinton, Scarborough and Brampton, all around the Greater Toronto Area," he says.

"For me, it was one of the most rewarding things that I've ever taken part in."

That's saying a lot for an accomplished musician and the creative director of Universal Music Canada's A&R (artist and repertoire) team. Offishall has really never looked back since his first single, Dangerous, hit the top five on the Billboard 100 and went triple platinum in Canada in 2008.

He is known also for his artful collaborations with A-list musicians and in some circles is credited with popularizing Toronto's nickname, "T-dot." But speaking in an interview at his Universal office, Offishall makes it clear that music is just one of his passions.

"My wife and I sponsor a not-for-profit organization called 30 Elephants," he says. The organization takes groups of up to 10 kids on culture-focused trips.

"We believe that the more children get to travel and experience the world, that's where their horizons will be. They will get to understand different cultures and value systems, all types of things that will help them where they are locally," he says.

Preparation for the trip included fundraising and enrolling the participants in Saturday morning cultural classes for three months, so they could understand Kenya's Maasai culture.

"When you talk about preserving cultures and traditions, people usually think that this looks like it's still the 1800s. But the Maasai are up to date with everything we are – technology and all the rest of it," he says.

"What I love is that they have formal education, yet they feel it important to preserve their culture and pass that on. That's one thing that we lack here. We have a certain disregard for things that are amazing, that make us who we are.

"We tend to just shed everything like a snake and just leave it. We're constantly consumed with the things that that have no purpose except for random novelty or sensation. I love the way that they preserve and understand the importance of traditions and cultures. Every time I go there it's like pressing the reset button."

He also loves the way Free the Children's participants pull together. "On my first trip, we had one of the most powerful lawyers in the country, we had bankers, we had all these fancy pants folks, and by the third day, you start to not be concerned about your title," he says.

Offishall sees himself as a bridge between his music world and his community involvement.

"The message is starting to go into new areas. You're about to see a lot more hip-hop artists get involved. A lot of different types of people all of a sudden start to want to participate. That's been my experience – it's infectious. People just want to be part of it," he says.

"It's a really great feeling to be part of the organization and to see the results, and see firsthand how I can change the life of a kid."

Offishall, who first performed on stage for Nelson Mandela's first visit to Toronto in 1990, says getting into the music business today is different than from when he was starting out in the early 1990s (his first single, Naughty Dread, came out in 1996).

"Our country is one of the last countries in the world to get [audio] streaming, so when streaming is here in a real way it's going to change again." He's excited about new work that includes a coming collaboration with five-time Grammy Award winner Stephen Marley, but acknowledges that getting ahead in music is complicated now.

"Obviously there's a decline in physical sales, and there's an increase in the ways in which people can put their music out to the general public. When I was younger there was more structure. Now it's kind of a free-for-all," he says.

"Creatively, it's amazing because you can discover so many different types of artists in different genres of music. As a business, trying to put a net over it so that we can turn a profit, it's a bit more difficult now." 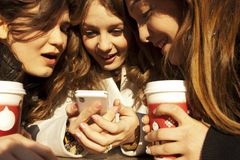