Carol Newell, 55, spent a decade as a secret philanthropist.

From her offices in Vancouver, she has infused more than $60-million into non-profit organizations and businesses committed to environmental causes and social change. But you won't find any public gardens, protected watersheds or wind farms emblazoned with her name.

Anonymity was her strategy for leading a normal life, Ms. Newell says.

Born in New York State, she inherited the bulk of her Newell Rubbermaid fortune at age 34. After moving to Canada, she quietly set up the Endswell Foundation in Vancouver in 1991 and worked through a business partner to get help with decision-making and administrative details.

Only a small circle of friends knew the extent of her wealth and philanthropic work, Ms. Newell says, adding that secrecy made her "extremely shy" at social events.

"I avoided many conversations with people because I didn't want them to ask me what I did for a living," she says. "I didn't want to be labelled and treated differently because of my wealth. I still feel that way."

Anonymous giving isn't the norm, philanthropy experts say. Far more common are the boldface names that brand everything from hockey-rink seats to hospital wings, often at fundraisers' insistence. Nevertheless, a small percentage of philanthropists choose to remain nameless for business, personal or spiritual reasons, says Leslie Lenkowsky, a professor at The Center on Philanthropy at Indiana University. The exact number is difficult to determine since anonymous gifts don't get much publicity, he adds: "You just don't know."

But Jo-Anne Ryan, executive director of TD Waterhouse's Private Giving Foundation, suggests that increased scrutiny in the Internet age has prompted more donors to give in a hush-hush way.

Financial documents for charities and non-profits are readily available online, making it easier for fundraisers of all repute to track down individuals who have donated publicly – and hit them up for other causes.

At the Private Giving Foundation, which manages charitable donations for 550 individuals, the percentage of anonymous donors has risen from about 5 per cent to 10 per cent in the past five years, Ms. Ryan says.

Donors are "not going to be bugged as much" if their gifts are made without a name attached, she points out.

Allen and Violet Large of Lower Truro, N.S., serve as a cautionary tale. After winning $11.25-million in a 2010 lottery, they gave all but 2 per cent of their new fortune to family members and charities. Before long, they were hounded by solicitors and scammers, even after Ms. Large died of cancer this summer. As Mr. Large said to a Globe and Mail reporter in October, "How can you deal with it without getting bitter?"

Although it was an extreme case, their experience underscores why philanthropists have advisers to help them maintain a low profile and deflect unwanted advances.

Ms. Newell says the discreet setup at her foundation helped to further her goals at a time when traditional advisers and investment-management companies might have pressured a young woman to keep her capital growing.

"I gave myself radical permission to break the cultural norms about how much money was 'appropriate' to give away versus reinvesting in order to 'have more to give later,'" she writes in an e-mail.

Dale Boniface, president of Give Canada, a Vancouver-based fundraising corporation, estimates that about half of the individuals he works with start out as anonymous donors. But over time, he says, "the majority of them move from anonymity to a leadership role."

Despite the size of their gifts, which typically start at $10-million, donors to Give Canada tend to be humble people, Mr. Boniface says. Their intent is to provide charities or not-for-profits with a benefit, he adds. "It's not to promote themselves or their family."

Individuals who give with fanfare tend to do so at the urging of development officers who maintain that named gifts encourage others to give, says Molly Stranahan, a psychologist based in Tucson, Ariz., and heiress to the Champion Spark Plug fortune.

She adds that donors who insist on anonymity may be hiding in the "green closet" out of fear they'll be perceived as "that ugly rich person." Others act from the belief system that "you take away the good you're doing by taking credit for it," she says.

For some, anonymity is a spiritual practice.

Dr. Lenkowsky notes that all major religious traditions emphasize the value of anonymous giving. The Koran, the Jewish tradition and the teachings of Jesus describe anonymity as a means of assuring the donor's motivations are pure. "You don't want the recipient to feel beholden."

In other cases, donors have business reasons for keeping their gifts under wraps. Charles Feeney, co-founder of Duty Free Shoppers, secretly transferred his personal ownership interest in the company to a Bermuda trust. The reclusive businessman funnelled more than $620-million (U.S.) to various charities until he was "outed" in 1997 by a business reporter at The New York Times.

"He did not want potential competitors to know how profitable Duty Free Shoppers had become," Dr. Lenkowsky says, adding that Mr. Feeney also feared his family might be targeted by kidnappers if his riches were known.

All are valid reasons for lying low. But eventually, experts say, closeted donors tend to feel a responsibility to become role models.

Ms. Newell of Vancouver says she gave up a decade of "devoted anonymity" to encourage others to push the boundaries of wealth redistribution.

"I also thought it was important that people understood that there was a woman behind the very serious amount of money that was being activated," says Ms. Newell, who was appointed a member of the Order of Canada for her philanthropic work.

Ms. Newell says she felt a sense of urgency as she watched the effects of the world's problems accelerating at a faster rate than capital wealth was growing.

"I believed then, and still do, that we wouldn't be able to make as great a difference in the future as we could if we tackled the issues now."

Movie or mango tree? How your discretionary income can help others
May 3, 2018 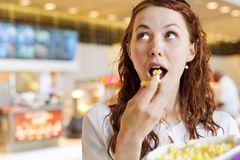