My young son spends all his time playing online war games that are too old for him. Are there any online games that are engaging, but with a more positive message?

Video games are something of an alien world for us. With the amount we travel, we don't get a lot of recreation time to build computer castles or run from virtual zombies.

Every parent has to realize some limitations, and realistically, after a certain age it becomes pretty hard to keep kids away from the shoot-em-ups. But you can start habits at a younger age, and we turned to a Canadian who is one of the world's leading minds in game development for kids. Lane Merrifield is co-creator of Club Penguin, which now has more than 150 million players, and in 2007 was named executive vice-president of Disney Online Studios.

In 2003, Mr. Merrifield and his colleague Lance Priebe were working for a B.C. software company, New Horizon Interactive. They both had kids who were just beginning to use a computer, and they wanted to find a fun and safe online space for them.

"We asked ourselves, 'Can we build something that is as safe as possible, that's we'd let our own kids dive into, and yet is still fun and social?' "

The result was Club Penguin.

In Club Penguin, designed for kids up to 12, the player is a penguin who can walk around and interact with other kids' penguins in various "rooms," and play a range of fun mini-games. The tasks in the mini-games subtly introduce reading, math, problem-solving and other skills.

"We're not just engaging kids from a fun perspective but also from a learning perspective," says Mr. Merrifield.

He says he and his staff are always poring over e-mails, letters, and even hand-drawn pictures sent in by kids to glean new ideas.

Club Penguin is not the only option. Minecraft, for instance, provides a nearly limitless world of exploration and creativity for kids of all ages. Players gather the resources to build houses, castles, even roller coasters. There are some monsters and swordplay, but it is a minor component.

For younger kids, three to about 10, Toca Boca produces kids' game apps for iPhones and iPads.

A new Canadian company, Silicon Sisters Interactive, produces games for girls. "For girls it's about relationships and relationship management. We wanted to build a game that captures that," says Brenda Bailey Gershkovitch, CEO of Silicon Sisters.

In their game School 26, for girls 12 to 16, the player takes the role of a girl whose family is always moving, forcing her to constantly change schools. Now in her 26th school, the girl must befriend seven other students and help them each solve their unique challenges. School 26 is available for PC and as an app for iPhone and Android phones.

When looking for online games for your kids, beware sites that bombard your child with advertising.

Check that there is a strong language filter, particularly in games that have real-time chat rooms. Filters block profanity and abusive language. Mr. Merrifield suggests parents create their own profiles in games their children are playing. Experiment with creative spelling (like shifting a few letters in a swear word) to see if you can create inappropriate character names or comments in chat. A good filter will catch and stop that.

For your child's safety, look for games that employ live moderators, and don't just rely on technology. Try sending an e-mail to the game to see if you get a real response, or just an auto-reply.

Positive game options are out there, both online and off. With a few simple strategies to help suss out the safe ones, your kids will quickly discover they can have just as much fun being a snowball-hurling penguin as being a death-dealing commando. 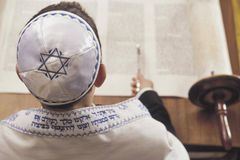 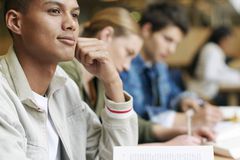 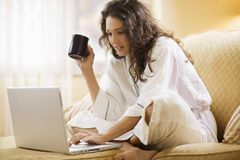