Would you give a day of pay away if it could save a life? In her quiet, compelling manner, Dr. Philpott, chief of family medicine at Markham-Stouffville Hospital (MSH), has done more than give a day of pay, she has galvanized more than 10 law firms, several hospitals and even a 10-year-old girl with a paper route that yields $5 a day, to give up their pay on Dec. 1, World AIDS Day, to fund Canadian organizations such as Casey House and Dignitas that are working to fight against HIV.

"After graduating med school, I lived in Niger, West Africa, for nine years and lost count of the number of patients I saw affected by HIV, including the director of the hospital where I worked who died of AIDS. Unfortunately, there were a million similar incidents. When I moved back to Canada I wanted to fight AIDS with my fellow Canadians in a simple way."

"If a person makes $20 per hour and donates one day's pay, that's $160. That's enough to pay for a mother-to-be who is infected with HIV to receive PMTCT treatment [prevention of mother-to-child transmission]and it will prevent the child from being infected – saving the child from a life-threatening infection. The same amount of money would cover a whole month of salary for a nurse in Uganda."

"When we lived in Niger, there was an outbreak of meningococcal meningitis in our town and Emily, our 2½-year-old daughter, died. I will never forget the morning that hundreds of our Nigerian friends greeted us and repeated a refrain of Sai hankuri, which in Hausa means 'Patience is the only option.' I was so deeply moved. All of them had known more suffering and loss than I will ever know, but they did not feel bitter or betrayed. That moment rocked my world."

"In great stories of human progress, we often focus on the great leaders of these important moments in history, but we forget that behind every great name, there are usually thousands of children, women and men who have laboured to make progress possible. Their faces are unknown, their stories are untold, their voices are unheard. But they are my heroes."

"Getting Canadians to understand the need to respond. The world is increasingly interconnected, but we still struggle to appreciate the serious barriers to good health in many parts of the world and to accept responsibility."

"Absolutely, my husband Pep [a radio journalist]and I have four children. They often give a day financially but they give much more than a day – they give up some of their mother's attention."

"One hundred per cent of the donations made through Give a Day go to our recipient organizations. To grow outside of Ontario, we need to raise operational funds to get the word out across the country. We want to keep admin costs to a minimum but if we can go national, we raise more money for HIV."

"I would love the opportunity for a thoughtful conversation with Stephen Harper about how Canadians can contribute to make the world a healthier place."

Farah Mohamed is the President of the G(irls)20 Summit. Send suggestions for the Action Figure to Livebetter@globeandmail.com. 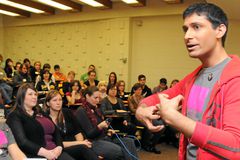 How one Sister is helping women in Winnipeg
May 8, 2018 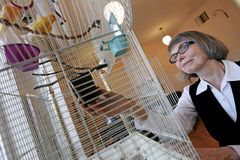