Canadians have a less-than-stellar track record when it comes to understanding how to manage their money – or even how money works.

This lack of financial literacy, as it's called, earned the average Canadian a C grade – 62 per cent – in the federal government's 2014 Canadian Financial Capability Survey, which posed 14 questions about inflation, debt repayment, banking fees, credit reports, and other dollars-and-cents topics. Want to guess how many got a perfect score? Just 2.7 per cent of participants answered all 14 questions correctly, while nearly a third got at least half the answers wrong.

A discussion guide on financial literacy for elementary school students​

A discussion guide on financial literacy for high-school students

This poor performance is unsurprising, given that financial education is hit and miss at Canadian schools – it's up to the province and particular school board to determine what, if anything, is on the curriculum at each grade level. Many people have a hard time discussing money at home as well; at least one study shows Canadian parents would rather talk to their children about sex than money matters, even though not understanding the basics of money-management could send them into a financial freefall.

And just as being misinformed about the risk of pregnancy and STIs can land youth in a heap of trouble, not understanding the basics of money-management will likely leave them with financial troubles.

Here are seven reasons why every kid should become financially literate:

Household debt is at an all-time high.

Canadians now collectively owe $2,110.3-billion – including $620.7-billion in consumer credit (such as credit card debt and personal loans) and $1,384.2-billion in mortgage debt. That works out to an unprecedented $1.71 of debt for every dollar of disposable income.

The household saving rate in Canada for the third quarter of 2017 was 2.6 per cent, compared with an average rate of personal savings of 7.4 per cent from 1981 to 2017, and a high of 19.9 per cent in the first quarter of 1982. The Canadian Payroll Association's 2017 survey confirms the situation is dire: about half of workers (47 per cent) live paycheque to paycheque and would have a hard time meeting their financial obligations if their pay was delayed even by a single week, while 74 per cent have saved only a quarter or less of what they feel they need to retire.

Students are graduating with massive loans.

Among the 50 per cent of students who borrow money to finance their post-secondary education, the average debt on graduation is $26,819, as noted in a 2015 survey of graduates by the Canadian University Survey Consortium. Young people who enter their working years under that shadow of debt discover a financial domino effect, according to an Ipsos poll for BDO Canada Ltd. It found that more than half (55 per cent) of Canadians under the age of 40 who graduated from college or university with debt were not able to save as much as they should for an emergency, 46 per cent delayed a home purchase, 45 per cent didn't save as much as they should for retirement, 33 per cent weren't able to pay down their other debt as fast as they should and 24 per cent delayed having children.

Precarious work is a growing problem.

The rise in part-time work and the gig economy – where a worker is hired for only one short-term "gig," project or contract at a time, rather than being brought on as permanent staff – results in fewer people having access to company benefits such as disability insurance or retirement pensions, meaning it's up to individual workers to nurture savings they can lean on should they fall ill, and to top up government benefits when they are past working age. Just how prevalent is precarious work? Most of the annual increase in employment in 2016 came from part-time work, which pays on average about 52 per cent less per hour than full-time jobs, according to a TD report on precarious work. Similarly, temporary or contract workers earn 30 per cent less than their full-time counterparts, and young Canadians (aged 15 to 24) are more likely to work on a temporary basis today than at any point since data began being collected in 1997.

Individuals, not employers, bear more of the risk.

Even for those lucky enough to have an employer pension plan, the payouts in retirement are less secure than they were for previous generations of workers. In 1992, the vast majority (90 per cent) of those with an employer-sponsored retirement plan had a defined benefit plan in which the company takes on the responsibility for investing employee contributions and promises to pay each retiree a predetermined monthly income. In other words, workers used to be able to count on receiving a specific amount of money in retirement. Today, just 67 per cent have a defined benefit plan. Employers now prefer defined contribution plans, because they put the onus on employees to select and manage their own investments and the company isn't on the hook to pay them a guaranteed income at retirement. Instead, the amount workers get in retirement depends entirely on how well their chosen investments (and the market in general) perform, which is hard to predict, even for financial-industry professionals.

Part of financial literacy is learning how to protect personal information and other techniques to avoid the growing number of scams that fleece consumers of their hard-earned money. According to the Competition Bureau, Canadians lost an estimated $290-million to fraud between 2014 and 2016, with cons occurring by telephone, email, social media and in person. In 2016 alone, online scams accounted for more than 20,000 complaints and more than $40-million in losses. About one-third (32 per cent) of Canadians say they've experienced fraud at some point in their lives, according to a 2017 CPA Canada survey. Among those who report being a victim, credit or debit card fraud were most common (74 per cent and 28 per cent, respectively).

Health is at stake.

Financial problems are a known cause of stress. A U.S. study published in the March, 2016, edition of Journal of Family and Economic Issues found those with short-term debt, such as credit card debt and overdue bills, are more likely to experience symptoms of depression. A separate 2016 study published in the journal Psychological Science shows that economic insecurity even causes physical pain, reduces pain tolerance and predicts the use of over-the-counter painkillers. The stress of money problems can also affect the health of our relationships; a 2014 poll by the Bank of Montreal found that fighting about money was the top reason Canadians would seek a divorce. 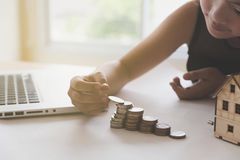 A discussion guide on financial literacy for high-school students
June 8, 2017 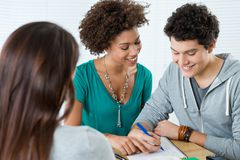 ‘Are you okay?’: Starting conversations about mental health
February 5, 2018 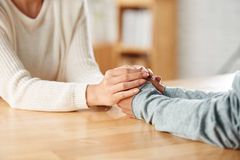