No heartfelt desire is too intimate to divulge, Candy Chang discovered. In early 2011, the New Orleans-based artist, designer and urban planner painted a wall of a derelict home in her neighbourhood and covered it with the sentence, "Before I die I want to ___." She then left it up to passersby to fill in the blanks. Ms. Chang was blown away by the vast range and number of responses. Some were profound, such as "find my purpose." Others were more shallow orhumorous, like "own a monkey."

"It shows how powerful our public spaces can be if we are given the opportunity to have a voice and share with one another," she says on her website.

Ms. Chang has since created a toolkit and online guide to encourage others to recreate her "Before I Die" wall in their own cities. According to beforeidie.cc, a website dedicated to her project, a dozen similar walls have sprung up around the world, from Almaty, Kazakhstan to Montreal's Ste-Catherine Street (on which people offered answers such as "Before I die I want to smile"). Another 20 more, including one in Toronto, are either being planned or in the works.

Art projects that elicit the sharing of private thoughts have proliferated in recent years, as communities recognize the need to provide opportunities for individuals to express themselves.

"We're seeing increasingly people of all ages, of all income levels coming together around these arts projects, who need a voice, who want to be heard and represented in this dynamic," says Cheryl McLean, the London, Ont.-based executive editor and publisher of the International Journal of The Creative Arts in Interdisciplinary Practice. "Art uniquely offers a way for people to speak in a more visceral way because they are communicating physically, emotionally, spiritually."

Ms. McLean, author of the book Creative Arts in Research for Community and Cultural Change, adds that these projects can also galvanize a community around a specific cause. "Typically, art of this kind is a catalyst for action and change."

In 2008, for example, a collaborative exhibit initiated by visual artist Jennifer Marsh turned an abandoned gas station in Syracuse, N.Y., into a statement against oil dependency. The project involved thousands of participants from around the world, who crocheted, knitted and stitched individual fibre panels, with personal messages like "Give Me Oil Or Give Me Death," that were then patched together and used to cover the entire gas station.

Another project called Pinwheels for Peace, started in 2005 by two art teachers Ann Ayers and Ellen McMillan in Coconut Creek, Fla., has since expanded around the world. Participants create and display a pinwheel, bearing their written thoughts about peace and tolerance, every Sept. 21 for the International Day of Peace.

Ms. Chang, the New Orleans artist, has contributed to several other international art projects designed to encourage public sharing. One of them, Neighborland, uses stickers, signs and the website neighborland.com to seek community responses to the statement, "I want ___ in my neighbourhood." Another, called Career Path, which Ms. Chang was commissioned to create on a pedestrian and bike path in Finland, invited people to fill in sentences stencilled on the pavement that said "When I was little I wanted to be___. Today I want to be___."

Ms. Chang was not available for an interview but James Reeves, her partner at the creative studio Civic Center, says the enthusiasm and honesty shown by participants of these projects indicate a greater demand for non-commercial, and non-digital forms of expression.

"The average American sees three thousand advertisements every day – but how often do we see the ideas of our neighbours or encounter messages in public spaces that encourage conversation or personal reflection?" he said in an e-mail. He adds that Ms. Chang's low-tech projects address "a creeping sense of digital fatigue."

The idea plays off of the base human instinct to share one's thoughts, says Candice Gibson, manager of consumer marketing at Tourism Vancouver. An example of this played out after the England riots last summer – thousands of residents created "peace walls" and "walls of love," expressing their feelings about their communities on Post-it notes, tacked on boarded-up shop-fronts and the walls of buildings.

A similar phenomenon occurred in Vancouver, after the Stanley Cup riot. Residents scribbled their thoughts on the boarded windows of downtown businesses. The outpouring inspired Tourism Vancouver to create a website, thisisourvancouver.com, which aggregated online comments, photos and video content from members of the public.

"I think it's just human nature … to reach out for support or to find people who are also maybe feeling the same feelings," says Ms. Gibson.

Helene Burt, executive director of the Toronto Art Therapy Institute, adds that these instances can help communities and individuals heal after disaster or misfortune.

"It creates a sense of 'I'm not the only one out there and I'm not an isolated person with my problem,' " Dr. Burt says. "It helps people move forward and move beyond the pain of trauma."

Back in New Orleans, Mr. Reeves says the Before I Die project had an unexpected, positive effect on the entire community. City authorities were initially concerned Ms. Chang's wall would attract gang graffiti and crime. Instead, he says, the attention that the wall attracted made residents feel safer.

"People were looking at the street in a new way and they were looking more carefully, both residents and passersby," he says. "And neighbours who might not ordinarily have much to do with one another began to chat in front of the wall and look after it." 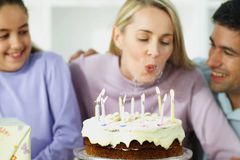 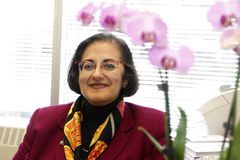 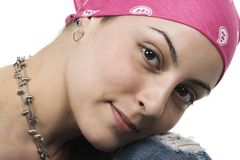