Like an imposing family heirloom that no one knows what to do with, Silo No. 5 looms over the Old Port of Montreal. The steel sides of the grain elevators' oldest part are mottled with rust, cracks have appeared in some of the concrete interiors and many windows in the upper storeys are missing. Great views of this dereliction are available any day from Commune Street, which separates bustling Old Montreal from the St. Lawrence. Silo No. 5 shows up on many touristic checklists, the way Detroit's abandoned Michigan Central Station is a must-see if you go to Motown.

In its heyday, Silo No. 5 was an ultra-modern facility for grain storage and transfer. Since it closed in 1994, the main thing produced here has been talk. Many projects have been discussed during the two decades, including its conversion into a museum, a centre for network servers, a hotel, a condominium tower and various multiuse schemes. The outcome of all this musing is yet another round of talk about the entire Old Port, initiated a week ago by the Canada Lands Co. (CLC) and its subsidiary, the Old Port of Montreal Corp.

The CLC is a federal Crown corporation that owns many properties in the area, including Silo No. 5. Aldo Sylvestre, director of CLC's Quebec holdings, says that a recent evening of public dialogue was the first of several encounters with citizens that will eventually yield a "final master plan" for the Old Port, including Silo No. 5. The delivery date for that grand scheme will be early in 2017, Sylvestre says.

Great – but we also seemed to be closing in on a master plan 10 years ago, for the silo at least. A previous competition for conversion projects, run by former owner Transport Canada, was supposed to yield a winning candidate by 2006. One multiuse proposal included a new home for the Musée d'art contemporain de Montréal, which called the silo "a site of undeniable strategic interest." Nothing happened, with that project or any other.

Silos are difficult to convert to other purposes. Some have been turned into living spaces, such as the 19-storey student residence inserted into a 1953 grain elevator in Oslo. But such conversions are expensive, work best with relatively small silos and obliterate the structures' heritage value.

There are other disused silos in Montreal, though none as large or conspicuous as Silo No. 5, which stands on Pointe-du-Moulin in the midst of Quebec's biggest tourist attraction. It's the cathedral among the city's grain elevators, just as it may be the industrial equivalent of Quebec's many grand disused churches, which are equally difficult to adapt.

The CLC acquired the silo and Pointe-du-Moulin from Transport Canada in 2010, and immediately convened an invitational brainstorming session about the building's value and future. Gérald Tremblay, the mayor at the time, said, "Silo No. 5 will now be beautified and redeveloped." Again, nothing ensued. Tremblay might as well have said, "I will now pass an elephant through this hoop."

But all this delay may not have been a bad thing, says Pierre Gauthier, associate professor at Concordia University's department of geography, urbanism and environment. Gauthier was part of the CLC's brainstorming session in 2010, and thinks Montreal may have been fortunate that development pressures along its riverfront have been less intense than, say, in Toronto. The silo might long ago have been privatized and drastically altered, he says, destroying its value as a heritage property. Better that Montrealers should have time to consider it as part of the entire Old Port, and as the historic terminus of a system of rail and water transport that shaped the waterfront and the Lachine Canal.

"This is an industrial machine of continental proportions," Gauthier said. The silo and the canal, which has been redeveloped as a leisure and bike-commuter zone, linked the western wheat fields with the markets for grain in Europe. "It's a very concrete manifestation of globalization."

From the roof, as you look along the canal, Gauthier says, the story of the 19th-century drive to industrialize transport becomes very clear. The roof also gives stunning views of the Old City, he says, built when the main means of goods transportation were horses and wagons.

The network-server idea is a good one, Gauthier believes, in part because the silos would help cool the machinery, but mainly because no new windows would have to be punched into the exterior. The windowed upper levels could become exhibition halls, restaurants or any number of public and private facilities.

An intelligent plan for the whole site, Gauthier says, would help unlock the development potential of a number of adjacent areas, just as the Lachine Canal renovation sparked a condo boom along its banks. No doubt that's part of the reason Montreal Mayor Denis Coderre is agitating for control of the Old Port to return to the municipal government. That's extremely unlikely, given CLC's current plans and Ottawa's inclination to let its Crown corporation manage lands it no longer wants to handle directly.

The CLC's Sylvestre says he likes the server idea, too. Perhaps it will take pride of place when the final master plan comes to light in 2017. That delivery date means that, when other capital projects in Montreal are being finished to mark the city's 375th birthday, Silo No. 5 will still be a rusty, depressing hulk. Then it will be time to reach for what has become Montreal's default option in times of festivity: a customized projection show, this time on the biggest corrugated screen in town.

Can computers teach you to write a bestseller?
January 22, 2016 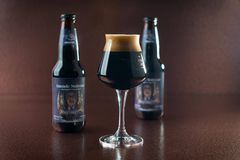 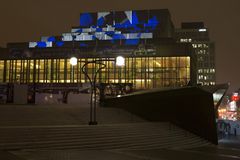