About 17,500 Canadians - an average of 48 a day - were admitted to hospital last year for treatment of "self-injury" - a euphemism for attempted suicide and self-mutilation.

Young women aged 15 to 19 were the most likely to self-injure, at a rate more than double that of their teen male counterparts, according to a new report from the Canadian Institute for Health Information. It's the first time such data have been collected and analyzed.

The most common form of self-harm is, by far, poisoning (including drug overdose) at 85 per cent, followed by cutting or piercing at 10 per cent and strangulation at 2 per cent.

The data do not allow researchers to distinguish between those who were trying to kill themselves and those who cut themselves as a result of mental illness.

But the number, 17,500, is probably a significant underestimate of the true extent of the problem, said David Goldbloom, senior medical adviser at the Centre for Addiction and Mental Health in Toronto.

"On the one hand it's an astonishing number, but on the other hand you have to realize it's just the tip of the iceberg," Dr. Goldbloom said in an interview.

That's because the data include only people who were treated in an emergency room and then admitted to hospitals overnight. Not included are people who do not seek treatment (which many so-called cutters do not) and suicides.

According to Statistics Canada, there were 3,578 suicides in Canada in 2007, the most recent year for which data are available. That number includes 2,709 men and 869 women, meaning men are three times as likely to die of self-inflicted injury.

Kira Leeb, director of health system performance at CIHI, said the self-injury data "can be seen as an indicator of access to community care."

In other words, people are ending up in emergency rooms in large numbers because they are not getting adequate psychiatric or psychological care.

"While suicide and self-harming behaviours are very complex, they are considered largely preventable when accessible and effective community-based intervention strategies are in place," Ms. Leeb said. "Information that can help to better identify and understand what groups are most at risk for self-injury can assist in the development of targeted prevention strategies."

Dr. Goldbloom agreed, saying: "You don't need a new data set to know there is not enough appropriate mental health care in the community."

But he said the research is useful in helping to underscore that some groups are particularly vulnerable and in need of help.

"Self-harm peaks in the 15-to-19 age group, with young women in particular. We really have to get in there and help young people in distress before they end up in the ER," Dr. Goldbloom said.

According to the study, 70 per cent of patients treated in hospital for self-harm injuries suffer from mental illness and/or addictions. But the experts cautioned that is certainly an underestimate, because emergency doctors tend to treat the immediate problem, physical injury, and not so much the underlying problem, psychiatric illness.

The CIHI report also examined hospital admissions for treatment of mental illness, noting that more than 128,000 Canadians were treated in hospital for such conditions as depression, bipolar disorder and schizophrenia. (The number does not include those treated in psychiatric hospitals.)

More than 11 per cent of those patients were readmitted for care within 30 days, a rate that is seen as another indicator of poor care in the community.

"Not all readmissions can be avoided, but ensuring that community services are available for people after they leave the hospital may help prevent the so-called revolving door of hospitalization for those living with a mental illness," said Chantal Couris, senior researcher health system performance at CIHI.

Carol Adair, a professor of community health sciences at the University of Calgary, said the data should provide some incentive for improving the mental health system.

"Ensuring individuals have a smooth transition from the hospital to effective community care and support will help them stay out of hospital and reach a level of optimal mental health and quality of life," she said. 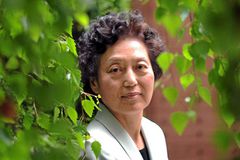 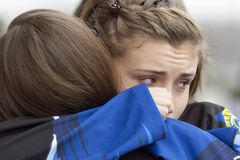