Two neuropsychological tests have been shown to accurately predict dementia of all causes, in patients up to 10 years in advance of its diagnosis, says a new study.

"This will be helpful for clinicians concerned about the risk of progression to dementia in patients who may be healthy or present with a variety of medical and neurological conditions such as stroke," says Dr. Mary Tierney, principal investigator of a new study and director of the Geriatric Research Unit at Sunnybrook Health Sciences Centre. "Enhancing the long-term prediction of dementia could have important implications for clinicians who are concerned about whether their aging patients will progress to dementia or remain dementia free within a 5 or 10 year period, and offer a route to early detection of cognitive decline.

"This may also help us to identify patients early on who may benefit from clinical trials or treatments as they become available, as well as researching the longer term effects of the disease so we can better understand its progression in the brain and how best to approach it."

The two tests that accurately predicted dementia within 10 years of diagnosis were a test of word recall memory after a short delay and a test requiring the participant to match digits and symbols. These tests require specialized training to properly administer and interpret.

The study is being published in the upcoming issue of the Journal of Alzheimer's Disease.

Another group of 1231 non-demented Canadian participants completed testing in 1996 and received a diagnostic assessment five years later in 2001. In addition to the test of word recall and the digit symbol test, two other tests improved accuracy of diagnosis within five years of diagnosis; these were a test of long-term memory and the ability to name items from a category.

Several of the tests had previously been identified for the early prediction of Alzheimer's disease by Dr. Tierney and her colleagues, including the tests of word recall, category names and long-term memory, but these new results indicate that a test of matching digits and symbols is an important predictor of dementia due to all causes, not just Alzheimer's disease. The digit symbol test measures sustained attention and the ability to change mental set, which are thought to reflect functioning of the frontal lobes of the brain. Thus, a combination of tests which measure functioning of both the temporal and frontal lobes of the brain appear to be important for accurate prediction of all cause dementia.

Efforts such as those in this Canada-wide study need to be made to identify AD and related causes of dementia as early in the disease process so that appropriate care and treatments can be provided as soon as possible. Early identification of dementia risk also allows individuals to be included in clinical trials before disease diagnosis.

Advances in tumour-zapping ultrasound
December 2, 2010
Huge jump in Ontario asthma cases
November 24, 2010
Paying it forward
October 15, 2010
A quick look at some of the cutting-edge research happening at Sunnybrook
October 15, 2010 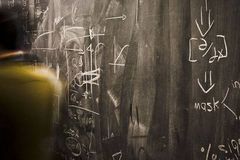 The promise of new skin
October 15, 2010
Follow us on Twitter @globeandmail Opens in a new window
Report an error
Due to technical reasons, we have temporarily removed commenting from our articles. We hope to have this fixed soon. Thank you for your patience. If you are looking to give feedback on our new site, please send it along to feedback@globeandmail.com. If you want to write a letter to the editor, please forward to letters@globeandmail.com.
Comments are closed