Meet the Sunnybrook doctors raising hope for new treatments for cancer-radiation damage, serious burns and so much more.

About a decade ago, Dr. Marc Jeschke saw the future of burn care. Although medicine had advanced to the point where patients with severe burns covering more than 40 per cent of their bodies could survive, Dr. Jeschke, director of Sunnybrook's Ross Tilley Burn Centre, thought even the best treatment was brutal and unsophisticated.

Survival following a severe burn depends on the surgeon's ability to close the wound and get it to heal. Burn patients often undergo numerous surgeries that remove skin from another part of the body and graft it over the burn site. "To graft the big one, you inflict another wound. It's barbaric," says Dr. Jeschke.

Surgeons have long been on the hunt for a more humane approach, but none have fully paid off. Stem cells have enormous potential to solve that problem, he realized. "Yes, it is exciting, but it is also very realistic," he says.

Stem cells hold immense promise in transforming patient care, and Dr. Jeschke isn't the only one who sees the possibilities. At Sunnybrook, scientists are finding ways to harness that potential to develop faster, more complete, less invasive ways to close wounds, repair the brain and even cure diseases. In 2010-11, the Canadian Institutes of Health Research spent $70.9 million on stem cell research, a 25-per-cent increase over the previous year and just under double what it spent in 2005-06. The path to a medical revolution is a long – and sometimes bumpy – road, but there are stem cell treatments being tested today.

Dr. Shun Wong, a senior scientist at Sunnybrook Research Institute and the chief of radiation oncology at Sunnybrook, is working on a project that could change cancer treatment. Some cancer patients receiving radiation therapy risk injuring the brain and the spinal cord, even if they're receiving treatment for a nearby tumour. "Even though we are increasingly precise at minimizing the amount of normal brain and spinal cord exposure to radiation therapy, sometimes it's not possible," he says. The side-effects can lead to dementia, memory loss and sometimes death.

Dr. Wong would like to use stem cells to repair radiation injuries. Two decades ago, next to no one believed the adult brain could grow new nerve cells. Now scientists know that's not true. "New nerve cells are continuously born within the adult brain, but radiation therapy inhibits their formation," says Dr. Wong. "We want to understand some of the reasons that lead to the inhibition of new nerve cells." He's focusing on the intimate relationship these stem cells have with the cells lining the tiny blood vessels that course through the brain. His research shows that when blood vessel cells are protected after radiation, fewer brain stem cells die.

One day a stem cell-based therapy may be able to treat people with AIDS or help cancer survivors bounce back after treatment. Dr. Juan Carlos Zúñiga-Pflücker, an immunologist at Sunnybrook Research Institute and the University of Toronto, has long been fascinated by the thymus and its role in creating infection-fighting cells called T-cells, which are destroyed by HIV and cancer chemotherapy.

Dr. Zúñiga-Pflücker works with cord blood stem cells, donated by women who have recently given birth, and other types of stem cells, which he carefully nurtures into T-cell precursors in the lab. When these cells are injected into patients, they travel to the thymus where they're converted into T-cells. It's like giving the thymus a boost, says Dr. Zúñiga-Pflücker. "Creating that right nursery environment allows them to become T-cells."

Dr. Jeschke is also enthusiastic about cord blood stem cells and those derived from the amniotic membrane. Stem cells harvested from these tissues can be turned into bone, fat or cartilage cells. That has important applications in burn care; a serious burn is more than skin deep, he explains. It can burrow through the fat and muscle, damaging blood vessels and nerves. But burn survivors suffer a greater loss. Their bodies go into hyperdrive to survive and begin to lose dramatic amounts of
body weight.

"A burn patient that comes in as a body builder will leave as a stick," says Dr. Jeschke. Closing the wound quickly – and without taking more of the patient's skin – is key to improving survival.

He's also produced fibroblasts, a specialized cell that produces collagen and helps wounds heal. The preliminary data are positive, he says. The goal is to have a clinical trial underway in two or three years.

Dr. Lesley Carr has already made that leap to clinical trials. Many of Dr. Carr's patients are so mortified by their urinary incontinence that they cut back on work and social activities, and retreat from those closest to them. For some women, coughing, laughing, sneezing, running, jumping – and even sex – can put enough pressure on the bladder to cause an unexpected loss of urine. "It's embarrassing. They are afraid they'll smell like urine or have an accident," says Dr. Carr, a urologist at Sunnybrook and an associate professor at the University of Toronto.

Dr. Carr estimates 35 per cent of women suffer from stress urinary incontinence. It's common among those who have had a vaginal delivery. "It isn't just a problem that happens in the elderly, but to women in their 20s and 30s, too," she says. The issue lies with the muscles that line the floor of the pelvis and girdle the urethra (the duct that carries urine from the bladder), which are sometimes damaged during childbirth, pelvic or abdominal surgery, or radiation treatments. In some cases, exercise or surgery can repair the problem, but Dr. Carr would like to see a less invasive and more reliable treatment become available.

Since 2004, Dr. Carr has overseen clinical trials that see stem cells repairing the damaged muscle and providing relief. She takes muscle cells from the woman's thigh, sifts out the fat cells, the fibroblasts and other contaminating cells and isolates the adult stem cells capable of becoming muscle. They're fed nutrients and growth factors that compel them to divide and multiply; it takes about two months to grow 100 million cells. After a single injection into the urethral muscle, the cells are left to grow and mature in their new environment. Though the studies have been small, a large number of women have been able to go back to laughing, sneezing and running, without any leaks. Dr. Carr is now enrolling patients in a cross-Canada study that will test the stem cell treatment against a placebo.

Despite the many challenges scientists face in using stem cells to build the field of regenerative medicine, they remain excited. Unlike many current treatments which offer temporary or imperfect fixes, stem cell medicine taps into the body's normal function to repair or replace damaged tissues. "It has been very exciting," says Dr. Carr. "Sometimes medicine is just a new twist on an old theme, but this has been very innovative." 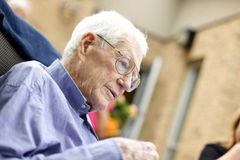 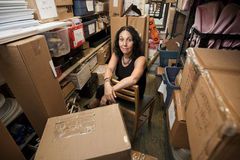