Researchers at St. Michael's Hospital and Sunnybrook Health Sciences Centre along with paramedics in the Greater Toronto Area are taking part in two of the largest clinical trials in the world aimed at finding ways to improve survival rates of people who suffer a cardiac arrest outside of a hospital.

One trial examines whether cooling a patient's body temperature in the ambulance en route to a hospital improves the rate of cooling in the hospital, which has been proven to improve survival and reduce brain damage. The other seeks to determine the best drug to give people to treat the heart rhythm that signals they are about to go into cardiac arrest.

"The survival rate from cardiac arrest has increased five-fold in regions where paramedics are participating in these resuscitation trials, which highlights incredible improvements in quality of care," said Dr. Laurie Morrison, an emergency medicine physician at St. Michael's.

"More importantly, despite tight resources, the EMS response time interval for these acutely ill patients has dropped significantly over the past five years which means the best care arrives even faster. These will be the largest trials in the world and will answer questions that will change resuscitation practice."

"The success of both these innovative prehospital trials will depend on the rapid interventions provided by highly trained paramedics across the province" according to Dr. Sheldon Cheskes, Medical Director at Sunnybrook Center for Prehospital Medicine. "We have made tremendous strides across the province in improving survival rates from out-of-hospital cardiac arrest. The treatments being studied in these trials have the potential to save even more lives."

The first trial, called ICE-PACS, tests whether cooling a patient's body by paramedics can lead to better overall outcomes.  Lowering the body temperature by 3 to 5 degrees Celsius, also known as therapeutic hypothermia, has been found to improve survival by reducing the likelihood of severe brain damage caused by lack of blood flow during cardiac arrest.

The practice is recommended by the Heart and Stroke Foundation, but only about 65 per cent of eligible patients receive the treatment and often with significant delays, according to Dr. Damon Scales, a critical care physician at Sunnybrook and the study's principal investigator.

"We are hoping that with the participation of the paramedics to start the cooling of patients in ambulances, using cold saline and ice packs placed on the body, this rate will jump to 100 per cent," Dr. Scales said.

The trial, funded by the Canadian Institutes of Health Research, is expected to last for two years and involve more than 900 patients treated by paramedics in Toronto and nearby Peel and Halton regions.

The second trial examines what Dr. Morrison described as the No. 1 issue in cardiac arrest research - determining if a drug should be given to patients with ventricular fibrillation, a condition in which the heart beats chaotically instead of efficiently pumping blood.

A previous study by Rescu found that using Amiodarone instead of Lidocaine increased the number of people who survived to reach a hospital for treatment. But more people died in hospital, so the overall survival rate remained unchanged. Another study in Seattle comparing Amiodarone to a placebo had similar results.

In the ALPS study (Amiodarone, Lidocaine, or Plain Saline for Out-Of-Hospital Cardiac Arrest Due to Ventricular Fibrillation or Tachycardia study), one-third of patients will be given Amiodarone, one-third will be given Lidocaine and one-third plain saline. The trial will involve 3,000 patients over three years in nine locations across North America.

Rescu is part of ROC (Resuscitation Outcomes Consortium), the first large-scale clinical research network in the world designed to study, improve and standardize how best to deliver early, prehospital interventions to improve patient survival after cardiac arrest or trauma.

Cesarean no safer than vaginal delivery for twins
June 19, 2017
Anatomic Pathology honoured
May 12, 2018 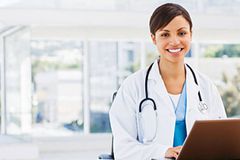