The debate between those who accept Italian doctor Paolo Zamboni's controversial take on what causes multiple sclerosis and those who don't is escalating rapidly, with neither side willing to back down. So what happens next?

As researchers race to determine whether MS really can be kept at bay by clearing constricted veins in the neck to improve blood flow from the brain, supporters of Dr. Zamboni grow ever more insistent that Canada approve the treatment even before the verdict comes down.

Meanwhile, Canadians with MS who can't wait, but can pay, flock to clinics in the United States and much farther afield. They argue that Dr. Zamboni's research, and glowing online testimonials from patients who say the vein-widening procedure made their symptoms disappear, is all the proof they need.

But many in the medical community advocate extreme caution, particularly now that a growing body of evidence has called Dr. Zamboni's conclusions into question. Some go even further and declare them nothing more than junk science.

"We've been there a hundred times before," said Steven Novella, assistant neurology professor at Yale University, who compares the situation to the popularity radioactive tonics once enjoyed: "At no point, did people realize, 'Hey, these are actually killing us.'"

A look at what lies ahead:

Research made in Canada

Medical experts around the world are frantically trying to duplicate Dr. Zamboni's test results and determine whether his hypothesis is for real.

Investigators in British Columbia and Saskatchewan are in the midst of a joint comprehensive study to pin down the prevalence of blocked neck veins in MS patients and members of their families as well as the population at large. As well as the ultrasound Dr. Zamboni relies on, they are conducting a catheter venogram, going right inside veins to detect any abnormalities.

"It's probably one of the most thorough evaluations," said Anthony Traboulsee, director of the University of British Columbia Hospital MS Clinic and one of the study's lead researchers.

Results from the study, funded by a $200,000 grant from the Canadian and U.S. national MS societies, could be ready in late summer or early fall, he said.

Meanwhile, medical professionals who stand behind the theory have become increasingly mobilized, their efforts fuelled by a growing number of conferences, meetings and speaking engagements involving Dr. Zamboni and his allies.

The International Society for Neurovascular Disease, a group he created, recently held its inaugural conference in Bologna, and will reconvene next February in Florida. This weekend, the society's treasurer, San Diego neurologist David Hubbard, is sponsoring a conference of his own.

By raising the profile of Dr. Zamboni and his work, his supporters risk further alienating his detractors and creating an even deeper schism with patients trapped in the middle.

Even as Canada holds out, the availability of Dr. Zamboni's "liberation treatment" abroad seems to increase daily. The law of supply and demand dictates that prices - generally between $10,000 and $20,000 - will come down.

Many clinics already use Twitter and Facebook to offer deals, and a "PayPal-certified" website in India http://www.tour2india4health.com/Liberation-Treatment-in-India.html boasts that the $4,000 (U.S.) it charges is just one-third the cost in the United States.

As well as saving money, lower prices may prompt more hesitant patients to take the plunge - despite the fact many experts, including Dr. Zamboni himself, warn against travelling overseas because the risks are still not well understood.

Zamboni advocates in Canada rely on the power of social media to gain attention - and it seems to be working.

The governments of Yukon, Newfoundland and Labrador, Saskatchewan and Manitoba have promised to contribute toward the cost of clinical trials, $5-million each in the case of the prairie provinces.

Ottawa has said no, but opposition MPs have taken up the cause, including New Democrat Megan Leslie, her party's health critic in the last session of Parliament, and Kirsty Duncan, one of the few Toronto Liberals re-elected last week.

Ms. Duncan is especially passionate about the Zamboni option: She's expected in San Diego on Saturday to speak at Dr. Hubbard's conference. 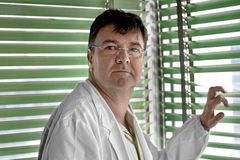 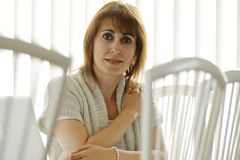 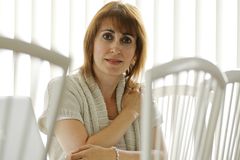 Two operations, poor results, but she is still a believer
May 9, 2011 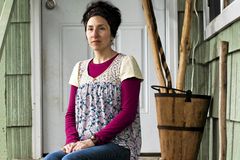