Increase your intake of omega-3 fatty acids from fish - it's well-trodden advice in the battle against heart disease. Now, according to a study published today in the Journal of the American Medical Association, it's a move that may also turn back the biological clock.

Researchers from the University of California, San Francisco, found that among men with stable coronary artery disease, those with the highest blood levels of omega-3 fats had a slower rate of telomere shortening, a marker of biological age.

Telomeres are sequences of DNA that bookend chromosomes and protect the ends from damage, much like the plastic tips that cap your shoelaces to prevent fraying. Telomeres allow cells to divide while holding the important genetic material intact. But every time a cell divides, telomeres get progressively shorter until, eventually, the cell dies. Environmental factors that cause inflammation (obesity, poor diet, inactivity, smoking) are believed to speed things up.

The shortening has been linked to the aging process, cancer and a higher risk of dying. Anti-aging scientists speculate that counteracting telomere shortening could allow people to live longer - and in better health.

In the new study, 608 adults (mostly men) previously diagnosed with heart disease were followed up to six years. Those with the lowest blood levels of DHA (docosahexaenoic acid) and EPA (eicosapentaenoic acid), the two omega-3 fatty acids in fish oil, experienced the most rapid rate of telomere shortening over five years, whereas those with the highest levels of DHA and EPA had the slowest rate.

Omega-3 fatty acids were associated with less telomere shortening regardless of age, smoking status or the presence of type 2 diabetes.

So is it possible that boosting your intake of omega-3 fats may increase the life span of your cells? According to these findings the answer is yes, particularly if you're a male with heart disease.

Omega-3 fats may decelerate telomere shrinkage by combatting oxidative stress - the damage to DNA, proteins and lipids caused by free radicals - in the body.They may also increase the activity of telomerase, an enzyme that stabilizes telomere length and cell function.

There's growing evidence that omega-3's in fish have direct effects on aging and diseases of aging. Higher blood levels and supplement use have been linked to a slowing of age-related blood vessel stiffness, cognitive decline, and macular degeneration.

While the research on nutrition and aging as it relates to telomere length is in its early stages, studies suggest the following strategies may slow telomere shortening and keep you biologically younger.

In an earlier study, when men with early prostate cancer adopted a low fat, low sugar diet rich in whole grains and fruit and vegetables and took daily supplements of fish oil and antioxidants, the level of the enzyme telomerase in their blood increased by 29 per cent over three months.

To increase your blood level of omega-3 fats, aim for a daily intake of 1000 milligrams of DHA and EPA (combined) a day. The richest sources of these fats are salmon, sardines, rainbow trout, herring, anchovies and mackerel.

Since omega-3 fats are stored in the body, this intake can be achieved by eating two six-ounce (170 g) servings of salmon a week.

If you opt for fish oil supplements, read labels before you buy. Fish oil capsules vary in the amount of DHA and EPA they contain. Most capsules provide 300, 500 or 600 milligrams of omega-3 fatty acids. Many liquid fish oils contain 1300 milligrams of DHA and EPA per teaspoon. Fish liver oil and omega 3-6-9 supplements are typically low in omega-3 fatty acids.

A handful of studies have revealed that obesity is associated with shorter telomeres. One study conducted in obese men found that as weight loss occurred over one year, telomere length increased and damage to DNA decreased.

Obesity contributes to telomere shortening by promoting inflammation in the body.

A recent study found that people with higher blood vitamin D levels tend to have longer telomeres. The difference in telomere length between the highest and lowest blood level of vitamin D corresponded to five years of chronological age. It's thought that vitamin D exerts its effect by reducing inflammation and enhancing the body's immune system.

The Canadian Cancer Society advises all Canadian adults to take 1000 international units (IU) of vitamin D in the fall and winter, and all year round if you're over 50, have dark-coloured skin, or avoid sun exposure in the summer months.

Research suggests that in people with atherosclerosis (hardening of the arteries) who eat at least one serving of processed meat (ham, hot dogs, lunch meats) a day have shorter telomere lengths, corresponding to a 3.4 year age difference, than people who don't eat these foods.

People who exercise most days of the week tend to have longer telomeres and increased activity of the enzyme telomerase than their inactive peers. One study found that people who were the most active (199 minutes of physical activity a week) had telomeres the same length of sedentary folks up to 10 years younger.

Exercise increases the action of telomerase and reduces psychological stress, which as has been linked with shorter telomeres. Aim for 30 minutes of moderate intensity exercise at least five days per week. 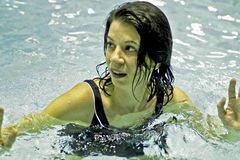 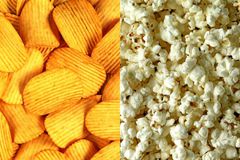 Jump start your weight loss
January 6, 2010
Follow Leslie Beck on Twitter @lesliebeckrd
Report an error
Due to technical reasons, we have temporarily removed commenting from our articles. We hope to have this fixed soon. Thank you for your patience. If you are looking to give feedback on our new site, please send it along to feedback@globeandmail.com. If you want to write a letter to the editor, please forward to letters@globeandmail.com.
Comments