In our pursuit of fitness, as in so many other aspects of life, we spent much of 2020 adapting to various forms of “the new normal,” from solitary virtual 5Ks to yoga on Zoom.

If we’re lucky, the year ahead will see the return of some elements of the old normal. But you can’t step into the same river twice. At least some of the trends launched or accelerated by the pandemic will leave a lasting mark on the health and fitness world. Here are four predictions about what will go and what will (or at least should) stay.

About five years ago, as part of a playground refurbishment, the city installed a bunch of outdoor fitness equipment a few blocks from my home in Toronto. Since then, it has mostly felt like my private personal gym. But boy, did that ever change this year.

Bike paths and running trails have been similarly overrun. Cities such as Vancouver and Toronto closed major roads on weekends to free up space for walking, running, and biking. On average, 18,000 cyclists and 4,000 pedestrians zoomed along Lake Shore Boulevard West in Toronto each summer weekend.

A radical stop-gap to deal with a one-time emergency … or just smart urban planning? Ottawa has been closing parkways on Sunday mornings for 50 years now, drawing thousands of cyclists to car-free roads. If other cities follow suit in making the policies permanent, it could help transform the great outdoor summer of 2020 into an annual rite.

And hey, why stop at summer? A little plowing of park pathways, and perhaps even some groomed cross-country ski trails, would go a long way. Whatever happens, I don’t expect to have my outdoor gym to myself any more, even through the winter.

I never thought I would wax nostalgic about the pleasures of waiting in a long line to use a grubby port-a-potty. But I miss big road races, in the same way that others undoubtedly miss crowded dance floors and dragon boat regattas.

This year has seen lots of creative alternatives to crowded events: virtual races tracked by GPS, time trials with staggered starts to reduce crowding, and the elimination of all the pre- and post-event schmoozing, entertainment and food. It’s time-efficient and technologically forward-looking, but it’s not the same.

It turns out that it’s not the T-shirt, or the finisher’s medal, or the accurately measured course that we’re looking for when we sign up for a 5K. We’re looking for other people, preferably big crowds of them, whose presence has been shown to trigger an uptick in pleasurable brain chemicals such as endorphins. When that option becomes available again, we’ll flock back.

Back in November, a University of Toronto doctoral candidate in exercise science named Michael Rosenblat started recruiting cyclists for a study on interval training. Of course, none of them could actually come into the lab – but that was no problem. Subjects from around the world could train in their own basements using their own smart trainer and a piece of software called TrainerRoad, while Rosenblat monitored their performance from afar.

Other technologies are also making it easier to take research out of the lab. A study of the Apple Watch’s heart rhythm detection app, for example, collected data from over 400,000 participants. For a field such as exercise science that has long been plagued by unreliable studies with a dozen or fewer subjects, the workarounds necessitated by the pandemic may turn out to have long-lasting benefits.

I haven’t gone this long without a cold, flu or throat infection since before the birth of my oldest daughter, six years ago. It’s no mystery why: hand-washing, mask-wearing, and social distancing.

I’ll be happy to accept a little more risk of minor infections once we’re able to safely socialize. But it’s hard not to wonder whether there are some lessons we could preserve from this experience. Better hand-washing is a no brainer, and let’s not rush to abandon heightened standards of cleanliness in places such as gyms.

And what, dare I say it, about mask-wearing? If you’ve got the sniffles but stubbornly insist (or are required) to go to work anyway, let’s make it socially acceptable to mask up for the benefit of everyone else. 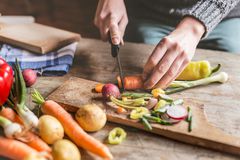 What is lab-grown or ‘cell-based’ meat?
Subscriber content
December 29, 2020 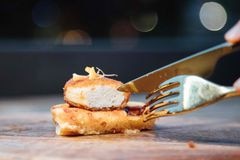 Work through the pain if you have arthritis: It will get better
Subscriber content
December 14, 2020 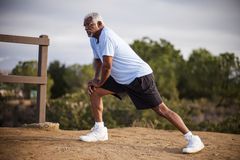