Age-related cognitive decline, a subtle decrease in memory and thinking processes, is considered to be a normal consequence of getting older.

Previous research has suggested that a healthy diet and regular exercise can protect our memory as we age.

However, evidence from long-term randomized controlled trials, studies designed to prove cause and effect, has been lacking. And few studies have investigated the combined effect of diet and exercise on memory decline in cognitively healthy adults.

Until now. Findings from a four-year randomized controlled trial indicate that the combination of healthy eating and regular aerobic exercise improves cognitive prowess in middle-aged and older adults.

The Dose-Responses to Exercise Training (DR’s EXTRA) study, published in advance online in the American Journal of the Clinical Nutrition, examined the independent and combined effect of resistance exercise, aerobic exercise and healthy diet on cognition in 1,401 Finnish men and women.

Dietary goals were to consume at least 400 g of vegetables, fruit and berries per day (e.g., at least five servings), two servings of fish per week, at least 14 g of fibre for every 1,000 calories and to limit saturated fat to less than 10 per cent of daily calories.

Depending on which group they were in, participants received multiple individualized face-to-face counselling sessions with an exercise physiologist and/or a dietitian.

Cognition was assessed at the start of the study and again at two- and four-year follow-ups using a battery of neuropsychological tests.

To arrive at their conclusions, the researchers accounted for other factors related to cognition including age, gender, years of education, depression and waist circumference.

The DR’s EXTRA study is notable because it addressed limitations of previous studies. It compared multiple lifestyle interventions, had a long four-year follow-up period and included a large number of participants from a general population (versus studying people identified at high risk for dementia).

A limitation of the study is that participants’ diets were assessed using food diaries; it’s not uncommon for people to under-report eating certain foods.

There are various things to consider about the DR’s EXTRA study findings.

The lack of cognitive improvement in the aerobic exercise only group may be due, in part, to the fact that 54 per cent of participants were already getting at least 150 minutes of aerobic exercise per week when they entered the study.

And it’s possible that participants’ adherence levels to their resistance exercise programs were too low to see an effect.

When it comes to diet, two previous randomized controlled trials showed that a Mediterranean diet improved cognition in healthy older adults. It’s difficult to compare these findings to the current study, in which participants followed Finnish nutrition recommendations.

This may be because people in the control group also improved their diet during the study; they were given general recommendations on diet (and exercise) for ethical reasons.

Many participants were eating a fairly healthful diet to begin, which could also explain why cognitive improvement wasn’t seen in the healthy diet group.

These new findings aren’t the final word on the effect of diet and exercise on age-related cognitive decline, but they certainly add to our current knowledge.

And they should encourage us to increase our physical activity level and improve our diet.

Unhealthy pandemic eating habits? Five tips to get back on track
Subscriber content
May 28, 2021 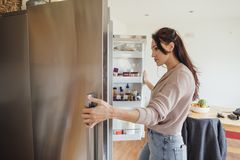 Allergic to nuts? Six seed alternatives to add to your diet
Subscriber content
May 17, 2021 Canadians need to boost their omega-3 intake
Subscriber content
May 10, 2021 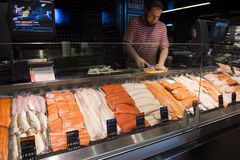