The idea that depression might be caused by a chemical imbalance in the brain – and not a moral failing – grew in popularity with the invention of the drug Prozac in the late ‘80s, and later with the marketing of this and other antidepressants.

This viewpoint helped reduce the stigma around mental illness, but did not provide a cure-all. Rates of depression have risen by more than 18-per-cent worldwide since 2005, according to the World Health Organization. At the same time, so too has the consumption of antidepressants. Canada has the world’s fourth-highest use of these drugs, according to a recent study from the Organisation for Economic Co-operation and Development.

Now, a new theory about the cause of depression has emerged: That it is a disease caused by the body’s immune system. The idea is that chronic stress causes hormonal dysregulation, and this leads to depression and other inflammatory disorders, such as arthritis, lupus, heart disease and even some forms of cancer.

One of Canada’s leading proponents of this thesis is Dr. Diane McIntosh, a Vancouver-based psychiatrist, and assistant professor at the University of British Columbia and author of the new book, This is Depression: A Comprehensive, Compassionate Guide for Anyone who Wants to Understand Depression.

She spoke to The Globe and Mail about cortisol, blueberry cures and why talking to someone is always a good idea.

In your book, you say that depression should be considered an inflammatory illness. What do you mean?

To understand what inflammation is and how it causes depression, you need to understand the role of the brain’s glial cells. These are the brain’s caretakers: they supply the neurons with nutrients and oxygen, protect the brain from infections, and clean up the brain’s waste products, such as dead neurons. Depression can provoke chronically high levels of cortisol, the hormone that we produce when under stress. Too much cortisol causes the glial cells to stop working properly. Instead, they start spitting out proteins called pro-inflammatory cytokines. They damage the glial cells, which causes them to release more cytokines, causing an inflammatory cascade.

If cortisol is a key culprit, is stress a leading cause of depression?

Depression isn’t the only illness found to be caused by inflammation. Heart disease, HIV, lupus, arthritis, diabetes, obesity, chronic pain and several forms of cancer have also been called inflammatory disorders. Are all of these related?

The theory that depression was caused by low levels of brain serotonin (called the “chemical imbalance theory”) was popular in the 1990s and early 2000s, but has been largely discredited. Is the focus on inflammation merely a new version of this?

No. It’s not that we have abandoned the theory of a causal connection between depression and neurotransmitters such as serotonin and norepinephrine, but we now realize that the brain is much more complex and there are multiple factors involved. Glial cells regulate neurotransmitter levels too. Looking at inflammation, and the relationship between cortisol, glial cells, and neurotransmitters helps us understand what is happening in the brain and body.

If blueberries are anti-inflammatory, will eating them help someone who is depressed?

You can’t blueberry your way out of a depression! Nor will a detox enema help. An anti-inflammatory diet may help to prevent those illnesses associated with inflammation, including depression, but it isn’t a form of treatment.

In your book, you’ve written about exercise as both a form of prevention and treatment for depression. How does it help?

Several studies have found that exercise can be effective as medication or talk therapy for mild to moderate depression. Exercise reduces cortisol and increases a critical protein, called brain-derived neurotrophic factor, that is necessary to grow healthy brain cells, called neurogenesis. The benefits of exercise as a treatment depend on the severity of the depression. Walking or running each day will always help, but for a moderate to severe depression, exercise alone isn’t enough.

If depression is an inflammatory illness, how could talking to a therapist help?

If a person learns how to reframe their situation, for example through cognitive behavioural therapy, they are learning the skills to regulate those areas of the brain associated with processing emotion, such as the amygdala. Over time, new ways of thinking, feeling and behaving can become more natural to the person, even automatic. In essence, each new skill that is taught by the therapist to handle stressful situations lays down new neural pathways, and these shape how the brain functions. How a brain is used determines which parts grow larger and shrink. In the long term, what and how we think moulds the physical shape of our brain.

What about talking to a friend? Can that be as helpful?

A friend can help by asking questions like, “What can I do for you?” or “How can I be helpful?” But they shouldn’t try to fix the problem for you. Having social support is one of the greatest protectors against depression, but if you meet the criteria for a moderate or severe depression, you need to seek professional help.

How to use your Instant Pot to prep healthy ingredients for the week
Subscriber content
October 13, 2019 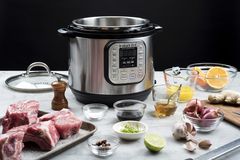 To meat, or not to meat: Here’s what you need to know about the latest study
Subscriber content
October 2, 2019 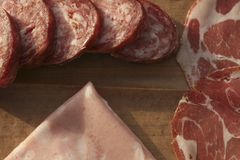 Does oat milk stack up nutritionally to other non-dairy milks?
Subscriber content
September 30, 2019 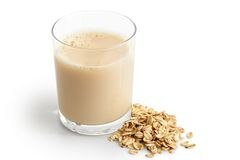