Earlier this month, lab-grown chicken was approved for sale in Singapore, a global first for the commercialization of cell-based meat products. Cell-cultured “chicken bites” made by California-based company Eat Just will be used as an ingredient to make chicken nuggets for sale to a Singapore restaurant.

Currently, no cell-based meat products are approved for sale directly to consumers. But they are being developed by a number of companies around the world with the hopes of eventually bringing them to a grocery store near you.

Here’s what you need to know about cell-based meat.

What is cell-based meat?

Simply put, cell-based meat (a.k.a. cultured meat, cultivated meat, “clean” meat or in vitro meat) is a piece of meat that has been grown from animal cells in a lab.

The process of making cultured meat involves harvesting animal stem cells, a specific type of cell that can transform into other cells, including muscle and fat cells. The stem cells are then incubated in a nutrient-rich solution, called a growth medium, containing amino acids, vitamins, minerals, insulin and various growth factors.

During incubation the cells divide, multiply and develop into muscle cells. Eventually they merge together and arrange into strands that can be layered together to produce a final product, such as a burger patty.

Additional processes are required to organize muscle cells into the correct shape and structure for specific cuts of meat such as steaks, chops and roasts.

The novel food technology is seen as a solution to satisfy a growing global appetite for meat without the environmental issues and animal welfare concerns associated with conventional meat production. According to an article published in Nature this month, it’s estimated that 35 per cent of all meat consumed globally by 2040 will be cultured, a shift that is expected to reduce greenhouse gas emissions and antibiotic use.

Is cell-based meat as nutritious as real meat?

Conventional meat is a significant source of high quality protein, B vitamins, iron, zinc and selenium. It’s not yet known, however, if the nutritional profile of cell-based meat is equivalent.

Scientists are only just beginning to study how the composition of the growth medium affects the nutritional content of cultivated meat. So far, little is known about the uptake of nutrients in the growth medium by cultured meat.

A potential advantage of cell-based meats is the ability to enhance the nutritional value of meat. Researchers plan to explore ways of minimizing saturated fat and increasing the content of beneficial nutrients in cell-based meat, such as omega-3 fatty acids and protein.

Proponents claim that cultured meat is safer than conventional meat because, unlike meat that comes from animals, cell-based meat doesn’t have the same opportunity for contamination from infection-causing intestinal bacteria such as salmonella, E. coli and campylobacter.

Because cultured meat is produced in an environment that’s carefully controlled by researchers or producers, it’s also thought to be safer. Others argue, though, that cell culture is never perfectly controlled.

It’s possible that unexpected cell dysregulation can occur during the process, which may have unknown potential effects on human health when cell-based meat is consumed.

We don’t know all of the consequences of cell-based meat for human health because it is a new product.

How is cultured meat regulated in Canada?

Cell-based meat products meet the regulatory definition of a novel food – a food that is new or changed compared to existing foods. In this case, it’s a food manufactured in a way that has not been previously used for that food.

Under the Novel Food Regulations, manufacturers are not allowed to sell novel food products in Canada until Health Canada has determined them to be as safe and nutritious as conventional foods.

At this time, however, Health Canada has not received any submissions for lab-grown meat products.

Cell-based meat is in its early stages. Before lab-grown meat products can reach your grocery store, research is needed to answer many unknowns around product safety, shelf-life, nutritional composition, palatability and consumer acceptability. 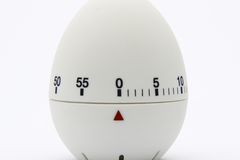 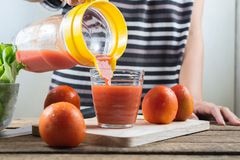 Avocado, canola, or olive oil: What are the healthiest cooking oils to add to your pantry?
Subscriber content
April 9, 2021 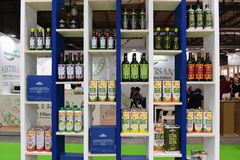