Brodie Mackenzie arrived home from dropping her son off at daycare and parked in her driveway. Her husband and their newborn twins were waiting inside. She didn’t get out of the car.

Before the pandemic, Ms. Mackenzie had a few different things she liked to do when she needed some me-time. “I would maybe meet a girlfriend and we would get our nails done or go shopping,” she said.

Now, she has these few minutes in the car.

“I call it her holiday,” said her husband, Phil, who runs a fitness business out of their home in Burlington, Ont. He never interrupts her when he sees it happening. He knows what she’s doing, and that she needs it.

Most families have probably never spent this much time together – yet solitude may be essential during the stress of the pandemic. Time alone is a key component of our well-being, research has shown, with benefits that include helping to calm us and improving our ability to self-regulate. With so many of our usual opportunities for peace and quiet unavailable, it’s no wonder people are grabbing even a few minutes of it whenever and wherever they can.

“People are discovering there were lots of moments in their life that were giving them doses of solitude but they were maybe unaware of,” said Michael Harris, author of Solitude: In Pursuit of a Singular Life in a Crowded World.

For example, those who have been working from home during the pandemic may find themselves missing their old commute because it was time they had to themselves.

Sociability is good for our minds, Mr. Harris said, and he acknowledges that a lot of people have suffered serious loneliness problems during the past year. But the opposite problem, “of constant connection, can be just as unsettling for people.”

John Dinner, a teacher and father of two who also lives in Burlington, has lately found himself making regular trips out to the shed to tidy up and organize tools – and sometimes just to stare out into space for a few minutes after his kids have gone to bed.

“I call it my nightly meditation,” he said.

It’s an apt comparison, considering the ways in which solitude can affect us, said Thuy-vy Nguyen, a researcher at Durham University, in England, whose work focuses on solitude.

In a study published in the Personality and Social Psychology Bulletin monthly journal in 2018, voluntary solitude was found to have a “deactivating” effect on the nervous system. Participants who chose to be alone reported feeling more calm and relaxed compared with those who had solitude imposed on them.

“It basically allows us the opportunity to calm down a little bit and hit that reset button,” said Dr. Nguyen, the lead researcher of the study.

Doing so can help people be better parents.

Ali Hassan is convinced this is true after spending quite a bit of time in his car while parked outside his home in Etobicoke, a suburb west of Toronto.

When schools were closed earlier in the year and his four kids were home all day, the comedian’s car was the only place quiet enough for him to record a bimonthly radio segment.

When the segment was finished, Mr. Hassan was in no rush to go back to the house. He’d listen to music and sit with his thoughts for 10 or 15 minutes. Now he gets his solitude at a rented work space. The effect of his car time and his office time are the same, he said.

“I come back more present, a more loving father, a guy who looks like he’s grateful to have his family and all that stuff.”

Parents in need of solitude should try to schedule it when they can and communicate their plans to the rest of the family, said Lesley-Anne Wilkinson, a Calgary-based registered psychologist.

“Set your kids up with an activity or something to play with. Have them know your plan. ‘I’m in the bedroom reading for 10 minutes.’ It can be as simple as that.”

For Ms. Mackenzie, the time alone in her car has become a much-appreciated way to help her be a better parent and deal with the stresses of pandemic life.

“You refocus, you regroup. You’re ready to take on the next wave of chaos inside your home.”

She knows she’s not alone in this.

“There’s a lot of young families on our street. At all points of the day we see at least one mom in the car taking 10.” 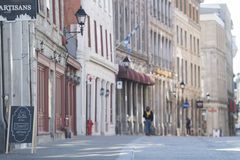 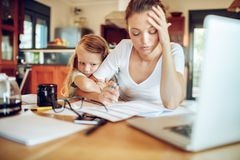 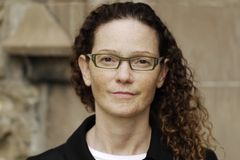