Q: I’ve heard that I shouldn’t eat nightshade vegetables to keep my rheumatoid arthritis from flaring up. Which ones are considered nightshades? Will avoiding them help?

Nightshade vegetables have long gotten a bad rap for aggravating chronic health problems, including arthritis. It’s said that eating these foods can cause joint swelling, pain and stiffness.

Nightshade vegetables (and fruits) belong to the Solanaceae plant family which contains roughly 2,700 species, most of them inedible. The edible ones include bell peppers, chili peppers, eggplant, tomatoes, tomatillos and potatoes.

But before you discard these nutritious foods from your diet, here’s what you need to know.

Five underrated vegetables to add to your diet

The concern with nightshades revolves around alkaloids, naturally-occurring compounds in the leaves and stems that act as natural insect repellents. Alkaloids include solanine (found in potatoes, especially ones that have turned green), capsaicin (the chemical that gives chili peppers their heat) and nicotine.

Yet, there is no scientific evidence to prove, or even strongly suggest, that eating nightshade vegetables has a direct impact on arthritis symptoms. The research is lacking.

The idea that nightshades inflame joints comes from surveys of people who have arthritis and patient testimonials.

What’s more, the amount of alkaloids in edible nightshades is very low to begin with. (The exception is green potatoes; when exposed to light, potatoes produce solanine as well as the green pigment chlorophyll.)

Still, it is possible that some people are affected by nightshades. Studies in mice, while limited, have suggested a link between alkaloids and inflammation.

How to know if you’re sensitive

If you think that eating nightshade vegetables exacerbates your arthritis symptoms, eliminate them from your diet for four weeks. Keep a diary to track your food intake along with changes in the frequency and severity of symptoms.

After one month, add these foods back to your diet. If doing so increases your symptoms, you may be sensitive to nightshades. Consider other factors, too, which can make rheumatoid arthritis worse such as stress and fatigue.

Nightshade vegetables are excellent sources of nutrients that help to dampen inflammation in the body, including fibre, vitamin C and beta-carotene. If you decide to avoid nightshades, replace them with other foods that supply these nutrients.

And, similar to white potatoes, these vegetables deliver plenty of potassium, a mineral that helps to regulate blood pressure, nerve impulses and muscle contractions.

Tomatoes, rich in vitamin C, are one of the top food sources of lycopene, a phytochemical with strong antioxidant and anti-inflammatory properties. Pink grapefruit and watermelon supply decent amounts, too.

Instead of tomato sauce, toss pasta with pesto sauce made with basil or parsley, herbs packed with anti-inflammatory compounds.

There is no definitive anti-arthritis diet, but research suggests that an overall anti-inflammatory diet can help to ease symptoms. It has also been shown to reduce the risk of developing rheumatoid arthritis in the first place.

Eat oily fish such as salmon, trout and sardines, rich in anti-inflammatory omega-3 fats, at least twice a week. Consider taking a fish-oil supplement if you don’t like fish.

Eat a variety of colourful vegetables and fruits to consume a wide range of anti-inflammatory nutrients and phytochemicals.

Flavour your meals with anti-inflammatory herbs and spices such as rosemary, mint, ginger and turmeric. 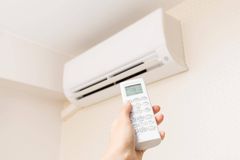 ECG feature added to the Apple Watch in Canada as tech giant aims to expand beyond fitness tracking
July 22, 2019 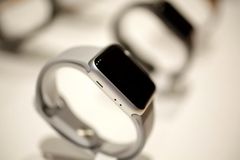 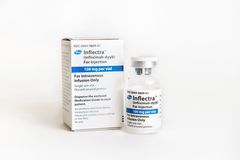