In November I’ll be turning 40. When you’re in the solipsistic throes of youth and young adulthood, middle age seems like a lifetime away. Now here it is and, clichés be damned, I can’t help but reflect upon the past few decades, specifically as they pertain to my trek through the health and fitness world.

Mistakes have been made. Efforts were wasted. Time was lost. If I could mentor my 20-year-old self, the first thing I would do is collect all of the tattered fitness and lifestyle magazines that would soon lead me astray and throw them all in the trash where they belong. Then, I would sit myself down and impart the following hard-earned knowledge.

It’s supposed to be fun

Remember recess? Remember how much fun it was to be set loose upon the schoolyard after enduring hours of enforced sitting? Unlike gym class, with its ethos of might is right, recess provided an outlet for getting physical that was accessible to all.

Playground games such as double dutch, red rover and tag always appealed to me more than traditional sports, but as we age, society tells us to stop playing games, to get serious, to respect and follow the rules. The grown-up rules of physical fitness emphasize pain, suffering and drudgery over pleasure, joy and leisure. Exercise becomes a form of corporal punishment for simply existing; you can’t indulge in any of life’s rewards without having to pay the price on the treadmill the next day.

I fell victim to this mindset for far too many years. It wasn’t until I discovered martial arts that things began to shift. Here was something that looks and feels a lot like playing, but also makes me sweaty and strong. My days of half-heartedly working through random bodybuilding workouts were numbered.

The point here is that there is great happiness to be had in being active, you just have to find the right outlet. Powerlifting, CrossFit, kettlebell sport, parkour, gymnastics, cycling, swimming, dancing, walking, running, rowing, climbing – each of these activities has merit, each can deliver “results.” If your current workout is leaving you bored and listless, try something new. A whole world of movement possibilities awaits.

Just like solving an algebra problem or landing a 747, the principles of getting in shape are governed by a specific order of operations. However, unlike the laws of mathematics and aerodynamics, the consequences for ignoring the rules of fitness aren’t as dire. The worst thing that will happen, outside of actually injuring yourself, is a complete lack of progress in reaching any of your goals.

There are variations on these steps, catchy turns of phrase that certain coaches will use to enhance their industry brand, but the gist is the same – first you enhance stability, then you build strength, then you apply that strength to some form of fast, explosive movement. The logic of this continuum is evident – you can’t be fast without being strong, and you can’t be strong without first building a stable foundation. Of course, all of this was beyond me when I first started lifting, which is why I didn’t progress for a long time.

The fitness industry sells itself by using exciting images of muscular people doing cool things – Kettlebell swings! Box jumps! Deadlifts! – the implicit message being: This could be you. Naturally, these sorts of advanced exercises are what newbies are drawn to when they first enter the gym, when what they should be doing is learning how to move properly. I know planks and push-ups are boring, but you must master your body first. Then, and only then, are you ready to increase resistance.

This is a corollary to the last two points, if not a summary of my fitness philosophy in general. Barbells are designed to support significant weight – hundreds upon hundreds of pounds – and in that respect, they do their job very well. Now, what about you. What are you wired to do?

If your answer is “move as much weight as humanly possible,” then stick with barbell training. It will serve you well for a time, as long as your technique and programming are sound, but eventually your body will break. Watch the documentary Westside vs. the World for evidence of this.

For everyone else, it’s time to think outside of the squat rack. If you’re walking into your workouts with anything less than a semi-reluctant enthusiasm, freeing yourself from the confines of barbells and benches can have a dramatic impact on your mindset. Think push-ups over bench press, pull-ups over pull-downs, sled pushes over squats. Actually, everyone should squat, you just don’t need to sling a barbell on your back to do so. 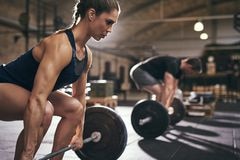 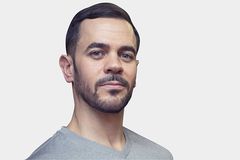 How ‘The Pump’ can help give your muscles – and ego – a quick boost
Subscriber content
June 20, 2019 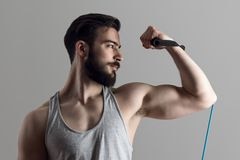