From Sudoku to high-intensity workouts to playing the trombone, there are countless ways to challenge the brain – and maybe even stave off Alzheimer’s disease in the process. But according to a new study, speaking a second language may hold the real superpower when it comes to delaying cognitive decline.

These findings support the idea that bilinguals may be able to live with Alzheimer’s disease in their brains for years, but function as though they do not, said co-author Ellen Bialystok, a distinguished research professor in York University’s department of psychology. This study builds on her previous research, suggesting bilingualism appears to increase people’s cognitive reserve – that is, their brain’s ability to withstand damage and decline.

As the disease progresses, however, and they are no longer able to compensate, “at some point, they’re going to deteriorate faster because they’re coping with substantially more disease,” she said.

When it comes to lifestyle activities that build cognitive reserve, language is particularly stimulating because we use it throughout our waking hours and it engages all parts of the brain, Bialystok said. But beyond that, people who know more than one language always have them available to them. There’s no switching one language off, she said, which means, even though they may not be aware of it, bilinguals are constantly selecting the language they need.

“That kind of selection is an ongoing cognitive demand of bilingualism,” Dr. Bialystok said.

In their latest study, conducted at Baycrest Health Sciences in Toronto, she and her team examined the patient records of 83 monolingual and 75 bilingual participants. While the team’s previous research has shown bilinguals were, on average, four years older than monolinguals when they received a dementia diagnosis, the participants of this study did not differ in age when they were eventually diagnosed with Alzheimer’s disease.

However, those in the bilingual group were about two years older, on average, than the monolingual group at the time of their mild cognitive impairment diagnosis.

The researchers found that it took an average of about 1.9 years for the bilingual participants to progress from mild cognitive impairment to an Alzheimer’s disease diagnosis, while for monolingual participants, it took an average of about 2.6 years. This suggests even though the two groups were matched at the start of the study in terms of their clinical symptoms, the bilingual patients were likely dealing with a greater level of disease, Bialystok said.

Illustrated on a graph, here’s what the two groups look like: A short platform with a gradual decline represents the cognitive function of the monolinguals, while a higher cliff, representing the bilingual participants with their higher cognitive reserve, ends in a steeper plunge.

At the University of Ottawa’s school of psychology, associate professor Vanessa Taler, who was not involved in the study, said she was excited by these findings, as they are consistent with previous research in the area.

Taler said it would be interesting to examine whether bilingualism has a protective effect for individuals with different subtypes of mild cognitive impairment. (Mild cognitive impairment is a very unstable concept, she said, as not all patients go on to develop dementia, while some even return to normal cognition.)

The age someone begins speaking a second language, how well and how often they use it, and which languages they speak, are other factors that may affect cognitive reserve, she said, but more study is needed.

“It's cutting-edge work in this area, so that's where we start,” she said.

Back in Toronto, Bialystok said people often ask whether it’s too late for them to learn a second language. Her answer: It’s unlikely for anyone to become fluent if they start studying another language late in life, so they would not get the same boost in cognitive reserve as a life-long bilingual speaker.

Nevertheless, she emphasized, anything that is challenging is good for the brain.

“As long as you’re using your brain in stimulating ways, you’re helping cognitive reserve,” she said. “If not language, then just make sure you’re doing something.”

Add this plant compound to your diet to help keep your brain healthy
Subscriber content
February 10, 2020 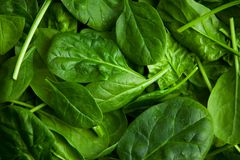 Study finds link between dementia and lack of sleep
December 11, 2019 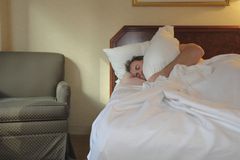