Most days, gruffness is on display at Bloor Street Fitness in Toronto: burly men grunt as they deadlift, the walls are decorated with old boxing magazine covers of fighters ready to throw a punch, and upstairs there’s a full-sized boxing ring, originally from Times Square.

On Sundays, however, the boxing and fitness gym is home to Shape Your Life, “a trauma informed, non-contact boxing program for self-identified women who have experienced violence,” according to the program’s website. Groups of 16-20 women per class gather to train with boxing coaches, not in hopes of becoming fighters, but to gain strength of various kinds.

“The key is for participants to feel strong and to feel that their body is within their own control,” says Shape Your Life co-founder Cathy Van Ingen.

Participants of the free 14-week program spend time in the boxing ring learning technique, and punching handpads and heavybags. Classes are strictly non-contact, meaning that participants do not fight against other people. (During Shape Your Life’s weekly classes, other gym patrons vacate the area.) The program was co-founded by Van Ingen and Joanne Green, executive director of social service agency Opportunity For Advancement, in 2007.

“What we’re really doing is changing their minds about themselves,” says Jazz Kamal, a coach at Shape Your Life.

The program’s objective may seem paradoxical at first – could combat as therapy deepen the harm, or put participants at risk of retraumatization? The women present on a recent Sunday say that while boxing can uncrate unpleasant memories, it’s also helped them find their power.

“It gives you an opportunity to realize that you can be strong, both physically and emotionally,” says a participant who asked to be identified by her boxing name, Shredder. “You walk in there and you’re a person. You’re not just someone with a diagnosis … Any junk that’s in your head has to be put aside, because you have to focus completely.”

“I’m more confident in who I am as a person,” echoes participant Mandi Howard. “I’m not hiding from the world the way that I used to. Especially when I leave the gym. I can fight back. And not just with the gloves on.”

According to a 2014 study conducted by Leanne Brecklin and Rena Middendorf of the University of Illinois, which examined group interaction in women’s self-defence classes, “Self-defence training can provide an alternative view of women as independent, strong, and capable and may undermine violence against women and gender inequality. [Women] have reported that they saw women as more powerful and strong after completion of a self-defence course.” (Shape Your Life does not operate as a self-defence class, though there are similarities inherent in the training.)

“A lot of people see boxing as a negative thing based on what they see in movies. But it can be used in a very positive environment,” she says.

Before one Sunday session, Van Ingen walks the perimeter of the gym to pick up any clutter. “We know that trauma is chaos,” she says, engineering a sense of order before participants arrive.

Jeremy Tomlinson, a Toronto-based psychotherapist who specializes in working with clients who have experienced abuse, says he recommends exercise to clients as a means of stress management. Tomlinson says a sport such as boxing could offer participants “a felt sense in the body that helps them feel grounded,” given the simultaneous physical components of the sport. (Many of Shape Your Life’s participants are referred to the program by healthcare providers.)

“If someone experiences a traumatizing event, it could potentially affect their sense of safety or their sense of control, or they may turn inwards and blame themselves in some way – ‘if only I’d done this’, or ‘why didn’t I do that,’” he says.

Unique challenges arise in this class. In a more traditional boxing setting, aspiring fighters would have a tennis ball placed under their chin, a tactic meant to teach boxers to keep their head down. For some of the program’s participants, however, pressure to the neck can recall memories of violence inflicted on them. For similar reasons, some participants decline to have their hands and wrists wrapped. The program’s facilitators also recognize that holidays can be especially vulnerable for people who’ve experienced domestic or intimate partner violence, so classes run regardless.

“Everyone just gets it,” says Howard of the staff and coaches’ understanding of trauma. Participants know that any activity can be skipped without having to feel embarrassed and coaches will offer alternative, more comfortable techniques when something is potentially triggering.

Tomlinson notes that triggers can come from anywhere – sounds, smells, being touched in a way that resembles past violence – and says he would advise combat sport participants to go at their own pace.

“There’s a very recent history around whose bodies are allowed to [box] and whose are not,” adds Van Ingen, who points out that, until 1991 it was illegal for women to box or wrestle in public, according to the Criminal Code of Canada. It was not until 2009 that the International Olympic Committee introduced women’s boxing to its full Olympic program, ahead of the 2012 games in London. “There are all these ways that women have had to struggle around their own aggression and around taking up space, and around mastery that involves physicality.”

Since launching 11 years ago, Shape Your Life has worked with more than 1,600 women. There is currently a waitlist of 300 people, including some who have been referred as part of court diversion initiatives. Van Ingen says the program’s organizers are working to expand, though she is careful not to suggest that any sport-based program will remedy systemic challenges, such as poverty, that participants may experience. “We’re not selling a cure,” she says. “This is part of addressing the problem of gender-based violence, which is linked to many other things.”

Still, there are personal revolutions. Van Ingen says that she has seen remarkable changes in participants. “They’ll say things like, ‘I used to hold my breath because I was so afraid of something happening to me, and now I’m breathing.’” 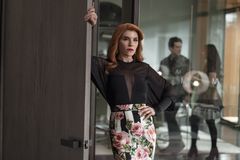 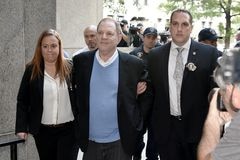 Opinion
Changes to domestic violence law do not fix our broken system
April 9, 2018 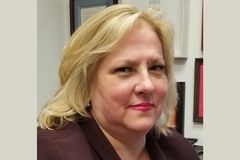