The question: I followed the advice of public-health officials who urged us to take the first available COVID-19 vaccine. For me, it turned out to be the AstraZeneca shot. Will I be able to get another type of vaccine for my second dose?

The answer: You’re not the only person wondering whether the vaccines can be used interchangeably.

In fact, researchers in Britain have launched a study to determine if it’s safe and effective to mix different vaccines that guard against SARS-CoV-2, the novel coronavirus that causes COVID-19.

“It’s a hugely important question that is being addressed by this study,” says Rob Kozak, a scientist and clinical microbiologist at Sunnybrook Health Sciences Centre in Toronto.

“It could potentially help alleviate a lot of our supply problems,” he adds.

In Canada, the vaccination rollout has been plagued by availability issues. The flow of vaccines from some companies has dwindled to a trickle while others have provided more and more doses.

To even out the supply, Kozak says it would be convenient if two different vaccines could be used for the same person. Most of the COVID-19 vaccines require a double injection – a primer dose followed by a booster to amplify and extend the immune response.

The British study began in February with the recruitment of about 800 volunteers using the AstraZeneca and Pfizer shots. Some got two doses of the same vaccine – an immunizing strategy known as a homologous prime-boost. Others received one dose of each vaccine – or a heterologous prime-boost.

Blood samples from the volunteers are being analyzed for the presence of antibodies and other cellular indicators that show how well the body’s immune system is prepared to fight the virus.

Aside from potentially alleviating supply issues, the study might also reveal that using different shots may actually produce better overall protection than relying on a single type of vaccine, says Zhou Xing, a professor at the McMaster Immunology Research Centre in Hamilton.

He notes that all COVID-19 vaccines train the immune system to be on the lookout for spike proteins, the knobby protrusions on the surface of the coronavirus. But the various vaccines work in slightly different ways. That means they have different effects on the immune system.

For instance, Pfizer and Moderna, which are based on a relatively new vaccine technology using messenger RNA, are extremely effective at stimulating the production of antibodies – the first line of defence against a foreign invader. The antibodies will normally latch onto a virus to prevent it from entering and infecting a cell.

On the other hand, AstraZeneca appears to have an enhanced capacity for producing T-Cells, which provide a critical back-up defence if the virus eludes the antibodies. A “killer” T-cell can identify an infected cell and destroy it, he explains.

Xing thinks there may be a significant advantage in giving people two types of vaccine. Essentially, they might acquire the best protection offered by each one, filling in any immunological gaps. “I’m a big believer in mixing vaccines,” he says.

But an even more urgent reason to try mixing vaccines is the worrisome emergence of new viral variants, says Alan Bernstein, president of CIFAR, a Canadian-based global research organization.

Not only are certain variants deadlier and more contagious than the original SARS-CoV-2, but some of them may be able to evade, at least to some degree, the protection provided by vaccination.

By combining vaccines, “it might help broaden the response so the immune system can better deal with the variants,” says Bernstein, who is also a member of the federal COVID-19 Vaccine Task Force.

He says the initial results from the British study are expected to be released in the next few weeks. If they show that mixing shots is better than boosting with the same vaccine, “I would hope we would go with the heterologous prime-boost strategy as soon as possible.”

In Quebec, public-health officials are already considering giving the Pfizer shot to some seniors who were originally inoculated with the Moderna vaccine, which is now in short supply.

Bernstein says mixing shots might also help overcome vaccine hesitancy. He points out that a lot of people received a first dose of AstraZeneca before it was linked to extremely rare cases of blood clots. Some individuals may now be reluctant to get their second dose. If they are able to receive another type of vaccine, they may be more willing to roll up their sleeves for an injection, he says.

“Flexibility is important,” Bernstein says. “The sooner we give everyone in Canada two doses of these vaccines, the better we will all be protected.”

Paul Taylor is a former patient navigation adviser at Sunnybrook Health Sciences Centre and former health editor of The Globe and Mail. 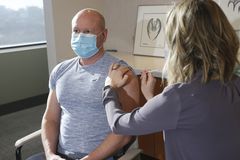 COVID-19 variants: How can I protect myself from the new types of coronavirus?
February 25, 2021 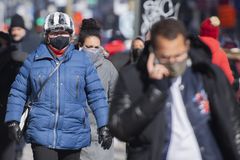 I have an autoimmune disease. Should I take the COVID-19 vaccine?
February 3, 2021 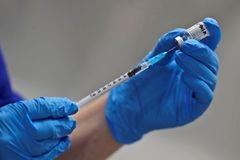