After 40 years, despite breakthroughs in the treatment and prevention of HIV/AIDS, Canadian scientists working in Kenya are still up against a stubborn roadblock: How do you encourage people to get tested for HIV?

“On paper, we have the means of dealing with the epidemic. But in practice, it is very different,” said Larry Gelmon, an associate professor at the University of Manitoba and director of the university’s program in Kenya. “We have the solutions. The research issues [now] are how do you get those solutions to the people who need them?”

The group’s work is far from over. In 2018, 25.7 million people were living with HIV in Africa and 1.1 million were infected that year, accounting for two-thirds of new HIV infections globally, according to the World Health Organization.

Over the decades, Dr. Gelmon said, the focus of the research collaborative has shifted from learning about HIV in the 1980s to trying to find a way to create a vaccine in the 1990s, which was unsuccessful. Since then, he said, it has focused on the social and cultural issues hindering the prevention and treatment of infection.

With the right medications, people with HIV can now live long lives. Although the death toll has plunged in Africa and around the world, the WHO estimates 470,000 people in Africa died of HIV-related causes in 2018 – more than 60 per cent of the estimated 770,000 deaths globally that year.

“A lot of the stigma and prejudice that prevented people from getting tested 30 years ago is still happening,” Dr. Gelmon said, adding that even though treatment is now available, many are hesitant to be treated because they do not want others to know they are HIV-positive.

For sex workers, anti-retroviral medications can be taken before having sex as a pre-exposure prophylactic to protect themselves, he added, but they are often reluctant to carry the pills for fear others will assume they are infected.

“So, to a large extent, the research that we’re doing now is how do you get people to get tested? How do you encourage them, if they’re on treatment, to stay on their treatment?" he said.

This involves various qualitative, operational research projects aimed at trying to figure out the best way to implement treatments and preventative measures beyond the laboratory and clinical settings. For instance, the group is working with sex workers in Nairobi to provide peer education, conduct HIV testing and hand out condoms in the places where they work, such as bars, clubs, hotels and bus stops.

Researchers are also working on new methods to prevent infection that are accessible and could be readily adopted. For example, building upon decades of the group’s research, Keith Fowke, head of the University of Manitoba’s department of medical microbiology and infectious diseases, is testing the use of a low daily dose of aspirin to block inflammation, as a way of preventing HIV target cells from getting into the genital tract.

Taking a pill every day would not be ideal for everyone, Dr. Fowke said. But for women at high risk of exposure to the virus, particularly sex workers, the common anti-inflammatory drug could turn out be an affordable, socially acceptable prevention tool they could add to their arsenal, he said.

Meanwhile, researchers have not abandoned their efforts to develop a vaccine or a cure. 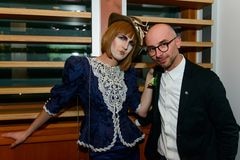