Yet, according to new data from Health Canada, many of us aren’t heeding this advice.

The study, published this April in the American Journal of Clinical Nutrition, revealed that four out of 10 Canadians have an omega-3 blood level that’s associated with a high risk of coronary heart disease.

Since the body can’t make EPA and DHA on its own, eating fish and taking supplements are the only ways to increase omega-3′s in the body.

To determine omega-3 levels in Canadians, Health Canada researchers analyzed data from 4,025 adults, aged 20 to 79, who participated in the Canadian Health Measures Survey from 2012 to 2015.

The continuing Canadian Health Measures Survey collects health and lifestyle information and physical measurements from Canadians for the purpose of improving health programs and services.

The Omega-3 Index (OI) is a measure of the amount of EPA and DHA in red blood cell membranes; it’s expressed as a percentage of the total amount of fatty acids present.

An OI of less than 4 per cent is considered high risk for coronary heart disease, 4 to 8 per cent is intermediate risk and over 8 per cent is optimal or cardioprotective.

The average Canadian adult had an OI of 4.5 per cent, indicating intermediate risk. Almost 40 per cent of Canadians were in the high risk category and only 2 per cent had omega-3 levels in the optimal range.

According to an editorial in the same issue of the journal, if the average Canadian had an OI of at least 8 per cent, there could be 30 per cent fewer premature cardiovascular deaths. But is this a realistic goal?

According to the researchers, it takes a daily dose of 1,500 mg EPA and DHA (combined) to go from an OI of 4 per cent to 8 per cent over three months.

To do so means eating at least 5 1/2 servings (six ounces each) of oily fish a week, a lot more than the two servings recommended by the Heart and Stroke Foundation of Canada.

Such an EPA and DHA dose could also be achieved by taking a high potency omega-3 supplement each day (which would limit the risk of consuming too much mercury from fish), or through a combination of fish and supplements.

Perhaps a more feasible public health goal, according to the editorial, would be to have almost all Canadians achieve an OI of more than 4 per cent. This is likely doable by eating oily fish twice a week.

Health care professionals could then help people at high risk of cardiovascular disease who have a low OI achieve an optimal OI through diet and supplements.

Establishing a recommended daily intake for EPA and DHA, like we have for vitamins and minerals, could help Canadians consume more omega-3 fats. Given substantial evidence over the past two decades connecting omega-3 fats to cardiovascular health, some scientists contend there is strong justification to do so.

All food for thought. 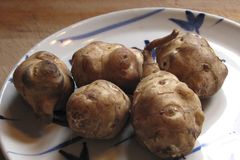 Vitamin E is an overlooked nutrient that you should pay attention to
Subscriber content
April 12, 2021 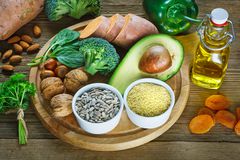 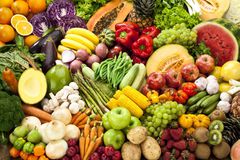