From the stage of the Phil Donahue show in front of a live audience, Elizabeth Connell, a tiny middle-aged mother of six, opened her purse and began pitching condoms in wrappers with smiley faces into the audience.

It wasn’t just a gimmick. Dr. Connell had a long-time commitment to raising awareness about family planning and contraception.

“She wanted to call attention in whatever way she could – both academically through scholarship, but certainly through humour – to support women’s rights,” said Jean Emans, chief of adolescent medicine at Boston Children’s Hospital.

Dr. Connell, a proponent of improving women’s reproductive health for more than 50 years, died on Aug. 20 at Brookdale Cushing Park, an assisted living facility in Framingham, Mass. She was 92.

The cause was congestive heart failure, her daughter, Patricia Connell, said.

As a scientist, Dr. Connell conducted research on methods of contraception, including early testing of birth control pills; served on the editorial board of a prestigious journal in her field; and wrote three books on contraception, including The Contraception Sourcebook (2001), a comprehensive overview of available methods and the science behind them. Later in life, she was a researcher with the Centers for Disease Control and Prevention.

As a social activist, she helped open a women’s health clinic in New York’s East Harlem neighbourhood in the 1960s that is still active as part of the city’s public hospital system, and she argued in favour of legalizing abortion well before the Supreme Court’s Roe v. Wade decision in 1973. She also raised concerns about the risks of breast implants when she led a Food and Drug Administration advisory committee.

In 1970, when she was an associate professor of obstetrics and gynecology at the Columbia College of Physicians and Surgeons, Dr. Connell chided a congressional subcommittee for questioning the safety of birth control pills. The questioning had caused “panic” among women and led to “dozens of unwanted pregnancies,” she said.

“She was wise to point out in the 1970s and 1980s that although many women thought the battle had been won in terms of access to contraception, et cetera, there were still people undermining access,” Dr. Emans said.

Dr. Connell also travelled the world to give talks on women’s health, said her son Richard, who went with her in the 1960s to Iran, Pakistan, India and parts of South America, where he served as her Spanish translator. While abroad, she evaluated family planning clinics and helped develop new ones.

She also participated in contraceptive-related clinical research trials in the United States and elsewhere.

Dr. Connell was born on Nov. 17, 1925, in Springfield, Mass., to Homer and Margaret Bishop. Her parents were college professors.

She graduated from the University of Pennsylvania and originally planned to become an occupational therapist. But when she saw doctors at work, she decided to switch to medicine. She graduated from the university’s medical college in 1951. She began her medical career as a general practitioner in Blue Hill, Maine.

Dr. Connell’s views on abortion and birth control were shaped by her time in rural Maine, where she saw patients who suffered from unwanted pregnancies and botched abortions.

“Earlier than many people,” Patricia Connell said, “she understood how women’s lives were made or broken by having education and being able to plan your fertility.”

After training in surgery, Dr. Connell decided to specialize in obstetrics and gynecology. In 1960, she moved to New York to complete a residency at Mount Sinai Hospital. She also joined the faculty at Columbia.

In the mid-1980s, around the 25th anniversary of the Food and Drug Administration’s approval of the first contraceptive pill, Dr. Connell went on a media tour that included the Donahue show and moderated a panel discussion with feminist leaders Betty Friedan and Gloria Steinem in Washington.

Her first marriage, to John Connell, ended in divorce in 1970. She later married Howard Tatum, the inventor of an early intrauterine contraceptive device called the Tatum-T, with whom she frequently collaborated. 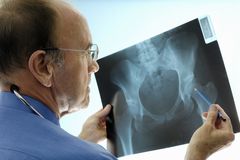 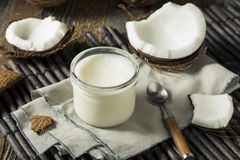 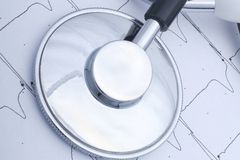