Susan Simmons leads six athletes across the sand toward the Pacific, their swimsuits and goggles in stark contrast to the puffy coats and boots worn by curious onlookers on this overcast afternoon. They gasp as they enter the frigid water, at least 10 degrees colder than the average pool.

But the swimmers, who dub themselves the Spirit Orcas, are here for more than a workout. These frigid swim sessions are a kind of therapy session, they say, that eases their symptoms of depression and anxiety.

“If I need a quick fix for my body or mind, I just jump in the cold water,” says Simmons, who took up the practice 11 years ago. “When you’re depressed, you don’t want to do anything. Then you jump into the cold water and you want to run all over the place and enjoy the world again.”

A case report published in The British Medical Journal last August may support Simmons’s experience. The report presented cold water therapy as an effective treatment for a 24-year-old new mother living with major depressive disorder, who wanted to safely come off her antidepressants. Her symptoms were alleviated after four months of regular swimming in 15 C water, prescribed by Dr. Chris van Tulleken, a medical doctor and scientist out of University College London.

Cold water is not a cure for any mental-health condition, the authors of the case study are quick to point out. Other factors may have played a role in the woman’s recovery, including exercise, social connection from swimming with a group, the sense of achievement from having accomplished something challenging, being immersed in nature and the hormonal shifts from the cold shock response.

But co-author Dr. Heather Massey says there are several intriguing theories about why repetitive cold water swims may alleviate some mental-health symptoms. For one, she says some depressions might be connected to inflammation in the brain; inflammation of the brain’s neural pathways can hinder the release of feel-good chemicals such as serotonin and dopamine and could lead to depressive behaviour. Cold water immersion might have anti-inflammatory effects on these neural pathways, acting almost like an ice pack.

“If one repeatedly immerses himself in cold water, that might reduce his inflammatory response and reduce symptoms of depression,” Massey said.

Habituation may also play a role. According to van Tulleken, it doesn’t matter whether one is writing an exam, grieving a loved one or entering cold water – the body responds to stress in the same way. Learning to blunt your response to one stress trigger (in this case, cold water) might also dull one’s response to other kinds of psychological stress.

Simmons says cold water swimming helps her manage the depression and anxiety that accompanies multiple sclerosis, which she was diagnosed with 24 years ago. At that time, her doctor told her not to exercise and to rest. But over the next decade, her health deteriorated to the point where she could barely walk around the block.

She began cold water swimming in the summer as a way to manage heat sensitivity, since heat exacerbated her MS symptoms. As her fitness improved and her symptoms waned, she challenged herself to longer, colder swims. The mental-health benefits were a silver lining she didn’t anticipate, but it is a form of therapy she’s relied on ever since. Now an accomplished cold water and marathon swimmer, she is training to complete a two-day swim of up to 50 kilometres in British Columbia’s Great Bear Rainforest later this month.

This is a therapy she shares as she coaches the Spirit Orcas, a group of developmentally challenged athletes. Some have autism and others, Asperger Syndrome. They all say they experience some level of anxiety. Aly White, who lives with post-traumatic stress disorder, reactive attachment disorder, depression and anxiety, says swimming, particularly in cold water, is the one way she can alleviate all her mental-health stresses.

“Cold water swimming opens up a new world,” White says. “After I swim, I feel that everything is okay.”

And the Spirit Orcas aren’t the only ones who think so. Jessi Harewicz, a Vancouver-based swimmer, first turned to cold water swimming in 2015 as a physical challenge and has since become an accomplished marathon swimmer. On June 1, she completed the 46-kilometre circumnavigation around New York’s Manhattan Island, becoming only the third Canadian ever to complete the Triple Crown of Open Water Swimming (having already crossed the English Channel and the Catalina Channel, two other marathon swims).

But Harewicz, who lives with anxiety and depression, found that swimming in the cold water in and around Vancouver also helped her manage those conditions, an effect she wasn’t expecting. She calls cold water swimming a form of psychotherapy, and says the focus on her breathing to handle that initial cold water shock response is a forced meditation.

“I love the challenge, and that after-swim high gets better every time,” Harewicz says. 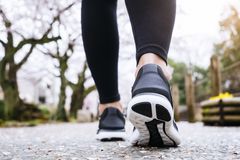 The case for being a generalist in sport, work and life
Subscriber content
May 27, 2019 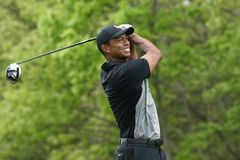