When I set out last year to lose my gut, I allowed myself the indulgence of a once-a-week cheat meal. After a joyless week of counting calories and eating nothing but protein and vegetables, with the occasional Greek yogurt and single serving of fruit, I would wake up on Friday morning and make myself a piece of toasted white bread slathered in butter and strawberry jam. I savoured every crumb, like an inmate cherishing a day of freedom.

Saturdays were the hardest part of my week because I had the longest stretch of days ahead before I could once again enjoy carbs, fat and sugar. I lasted six months, during which my gut disappeared and I lost nearly 30 pounds. But as much as I wanted to stick to the program, my cheat meal soon became a cheat day as indulging became irresistible. The morning toast led to a cheeseburger at lunch and ice cream at night, all the while promising myself I would get back on track the next day – but it became that much harder to do so with every treat I gobbled on during cheat day. Two months later, I had put on 15 pounds.

Trying to lose weight can feel impossible, and in the long run, it is for most people. In fact, approximately 95 per cent of people who lose weight will gain it back within one to five years. But what if you could cheat, just once in a while, to keep yourself motivated? Cheat days, when you are free to binge to your stomach’s delight one day a week, are more popular than ever, thanks to their frequent appearance on social media (need proof? Check out #cheatdays on Instagram). Fitness blogs, from Fitness Junkie to Breaking Muscle, extoll their virtues and celebrities, from Dwayne (The Rock) Johnson to Chris Pratt, brag about them on social media.

Proponents of the cheat-meal theory argue that, when you are on a calorie-restricted diet, your body will soon adjust by lowering its resting metabolic rate, meaning you will burn fewer calories when you are inactive. Loading up on calories once a week or so will rev your metabolism back up, advocates say.

But that claim is “a pile of unmitigated garbage," says Stuart Phillips, director of the Centre for Nutrition, Exercise and Health Research at McMaster University in Hamilton. Eating a large meal does boost your metabolism, but only very slightly, he says.

For evidence look no further than a study conducted by researchers at the Mayo Clinic. Participants went on a binge, consuming an extra 1,000 calories a day above what they normally ate for an entire week. After seven days, the group’s average metabolic rate increased by a meagre 18 calories. That effect, Phillips says, is also short lived.

If you really want to rev up your metabolism, you should exercise. Phillips recommends circuit or high-intensity-interval training.

Shedding pounds, as has been said time and again, likely comes down to calories in versus calories out. Eating an extra thousand to burn only 18 is just bad math.

The biological impact of cheat days aren’t worth it, but could the psychological benefits have merit?

Eating a strict diet that is so joyless it makes people yearn for a reward on a cheat day isn’t sustainable, says Dr. Donald Hensrud, director of the Healthy Living program at the Mayo Clinic and editor of The Mayo Clinic Diet.

“It sets up a dichotomy that’s tough to maintain over time,” he says.

Having a cheat day often creates a mindset that leads to overeating. A study published in the Journal of Consumer Research in 2012 looked at how our thinking about food affects our ability to withstand temptation.

Cheat days are essentially based on “I can’t” type thinking – until we can. And then everything goes off the rails. This is why Canadian bodybuilder Jonni Shreve warns against cheat days: They’re likely to nullify all your gains from the week leading up to it.

Shreve isn’t the only critic. Despite how popular the idea is, I haven’t been able to find a single person who has successfully used the cheat-day method for sustained weight loss.

“I did the cheat-day thing and it never worked for me,” says Jo-Anne Rauhut, a 50-year-old in Mississauga, Ont., who eventually underwent gastric bypass surgery five years ago. “It’s hard to get back on track.”

Dave Campbell, a 51-year-old warehouse supervisor in Ottawa who has lost nearly 50 pounds over the past five years, has no patience for the idea. “I think it’s the biggest joke in the world,” he says. “When I want to have some chips, I have some chips. I just don’t do it every day. You’ve got to live a little.”

This is the key to maintaining a healthy lifestyle, losing weight and keeping it off, experts say. “You need some spontaneity,” Hensrud says. “Look at it as an enjoyable deviation and not as a reward for your strict adherence to something that is not enjoyable.”

Losing weight is hard. Most of us make it more difficult than it needs to be. We push ourselves too hard because we want to see success sooner rather than later. It’s why my toast experiment failed so miserably.

Eventually, I ditched my cheat day and allowed myself small treats when I felt like it. If I wanted a cookie, I ate one instead waiting for Friday to eat the entire bag like Cookie Monster.

It’s the difference between being on a program and living your life.

“At some point, the diet has to end,” Phillips says. 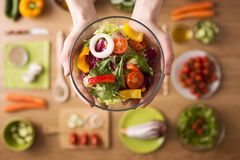 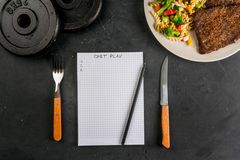 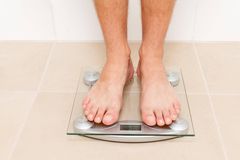