When a major new set of international guidelines on exercise and cancer was released in October, most of the headlines understandably focused on two key promises: That appropriate levels of physical activity could enhance quality and possibly length of life in those with a cancer diagnosis; and that they might help others avoid developing cancer in the first place.

The evidence for these two claims was dissected in depth in a pair of papers published simultaneously in Medicine & Science in Sports & Exercise, the fruits of a lengthy roundtable process involving more than three-dozen researchers from 17 health organizations around the world, including the Canadian Society for Exercise Physiology.

Less heralded, however, was a third paper from the same group that addressed a knottier problem that’s all too familiar to exercise researchers: How do you move from knowing that something is a good practice to getting people to actually do it? Establishing a regular exercise habit can be challenging for just about anybody, but there are extra hurdles for people with cancer.

“They’re all in different types of treatment, they’ve had different surgeries,” says Kristin Campbell, the director of the University of British Columbia’s Clinical Exercise Physiology Lab and one of the authors of the new guidelines. As a result, “cancer survivors themselves have a lot of questions, like ‘Is this safe for me?’ ”

The answer, in most cases, is yes – but with some adjustments. While a previous set of guidelines published in 2010 had suggested that those undergoing cancer treatment should aim for the same amount of exercise as everyone else, meaning at least 150 minutes of moderate to vigorous exercise for each week, the new guidelines revise that target down to three weekly sessions of 30 minutes each.

That adjustment, based on a wealth of new evidence published in the past decade, “is a good change,” says Margie McNeely, the director of the University of Alberta’s Cancer Rehabilitation Clinic, “and a more realistic standard for a survivor undergoing – or in the early stages of – recovering from cancer treatment.”

There’s now strong evidence that regular physical activity lowers your risk of at least seven different types of cancer, and moderate evidence that it raises your chances of survival if you do get diagnosed. For those undergoing cancer treatment, it staves off reductions in physical function and helps reduce anxiety, depression and cancer-related fatigue.

In other words, the pressing question isn’t whether cancer survivors should exercise – it’s how to give them the confidence and information they need to do it.

“Oncologists and oncology nurses are not trained in exercise,” Campbell points out. “They don’t really know how to screen people or what to prescribe for exercise, because it’s just not their wheelhouse.”

In the third roundtable paper, Campbell and her colleagues propose a three-step process for oncologists: Assess, advise and refer. Simply asking about a patient’s current exercise capacity – assessing – is a good way to raise awareness, and basic advice about the new exercise guidelines – advising – may be enough to send some people down the right path.

But many will need a referral for more detailed help from an exercise specialist. That’s where initiatives such as the Alberta Cancer Exercise program, a continuing study led by McNeely, come in. Over the last year, more than 1,500 people with cancer have taken part in the supervised 12-week program at sites across the province.

About a quarter of the participants have what McNeely calls “chronic cancer.” They’re not cured, but are living with the disease and will likely live for a long time while cycling in and out of treatment. Prescribing exercise for these people is trickier, but the benefits – quality of life, physical function and the fitness to withstand their treatments – are even more significant.

Given these constraints, there will never be a single set of generic exercise guidelines that applies to all cancer survivors. But the most essential message, now backed by solid science, is the simplest: “Avoid inactivity,” Campbell urges. “Get out there and start doing whatever you’re able to do.”

Why are female test subjects still being excluded from exercise research?
December 16, 2019 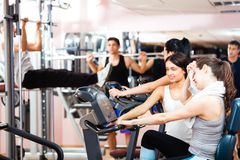 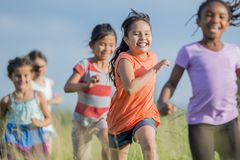 Does your birthday determine your chances of becoming an elite athlete?
Subscriber content
April 30, 2019 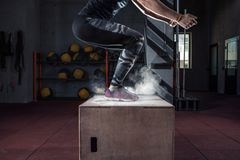