We had plenty of big nutrition stories to chew on this year, from a revamped Canadian food guide to a controversial reversal on recommendations on red meat, to a new look at the potential harms of the beloved egg.

Here’s a year-end look at five attention-grabbing news events, along with take-home messages that can help improve your diet in 2020.

A diet for planetary health

In January, an international panel of scientists (EAT-Lancet Commission) asked us to fundamentally shift how we think about the types of foods we eat, the way food is produced and the amount of it that’s wasted.

According to the panel’s report, food production is responsible for 30 per cent of global greenhouse gas emissions and 70 per cent of freshwater use.

In 2020, include more plant-based meals in your weekly menu, fill half your plate with vegetables and fruit and minimize food waste at home.

A food guide for the times

The most recent iteration of our national food guide, released in January, can help steer you toward the planetary health diet. It recommends meals be comprised of half vegetables and fruits, one-quarter whole grains and one-quarter protein, with plant proteins encouraged more often.

Healthy eating goes beyond the foods we eat, though. For the first time, Canada’s food guide encourages skills that support healthy eating such as being mindful of eating habits, cooking more often, using food labels and being aware of food marketing.

Good advice to heed in the new year.

A research review commissioned by the World Health Organization, published in the Lancet in February, underscored the importance of doubling our daily fibre intake.

The analysis of 243 studies found that high-fibre eaters had a 15- to 30-per-cent lower risk of heart attack, stroke, type 2 diabetes, colorectal cancer and cardiovascular death than people who ate much less fibre.

A fibre intake of 25 to 29 grams was protective, but the findings suggested that consuming more could have added benefits. Canadians get, on average, 14 g each day.

Eggs back in the frying pan

The egg debate resurfaced in March when a large study, published in the Journal of the American Medical Association, concluded that dietary cholesterol in eggs was tied to a greater risk of heart disease, stroke and cardiovascular death. While the increased risk was modest, it was thought to be greater for people who eat two or more eggs a day.

The study had limitations, but it also had strengths suggesting it shouldn’t be completely dismissed.

It’s not necessary to stop eating whole eggs, which are a good source of nutrients. But if you eat eggs every day or you have cardiovascular disease, consider eating them in moderation.

A series of papers, published in the Annals of Internal Medicine in October, upended the nutrition world by concluding that there’s no need to cut back on red and processed meat. The longstanding guideline to limit red and processed meat to prevent heart disease and cancer is based on weak evidence and low-quality research, the researchers reported.

The researchers did acknowledge that their controversial recommendation to continue eating red meat at current levels (defined as four times a week) was a weak one based on the uncertainly of the evidence.

If anything, this much-talked-about study highlighted the fact that nutrition research is difficult to do. Most of it is observational, which has limitations.

Even so, reasons to eat less red meat go beyond personal health. Environmental impact of livestock production and animal welfare are other important considerations.

Everything you need to know about eating nuts (and preventing diabetes)
March 4, 2019 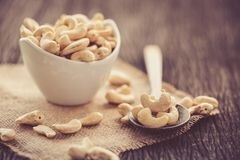 Seven dietary changes to protect your health – and the planet
January 18, 2019 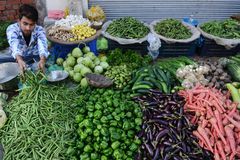 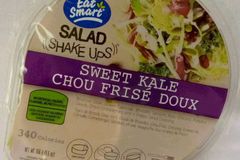