Members of Mississauga’s Nomads Running Club were crushed by the postponement of their annual spring trip to the Boston Marathon. So they cooked up a wildly creative race weekend replacement, designed for the age of self-isolation.

Nineteen members from the long-standing friendly club had qualified for the prestigious April 20 race – many of them seasoned distance runners, one man set for his 30th Boston Marathon. They were deep into their training when the race was rescheduled amid the COVID-19 pandemic – moved to September, when live sports might be back in action.

The Nomads were pining for the club’s usual Sunday morning outings, featuring runners of varying ages and experience, and the always lively post-run coffee. Now facing cancelled group runs, no spring marathon, and heaps of time at home, the Nomads simulated a Boston experience they could all enjoy, despite being apart.

How far should joggers be when they run past you?

Over three days in April, 35 Nomads and some family members ran their own virtual relay. Following a meticulous spreadsheet, they ran in 46 shifts, doing solo legs of varying lengths – from a single mile to the marathon distance of about 26 miles – on their individual treadmills or in neighbourhoods. They aimed to tally 550 miles together – the distance from Mississauga to the official start line in Hopkinton, Mass., plus the marathon itself.

One member flew a drone overhead to capture runner footage. The members shared emails, photos and videos to report their progress – pics of solo runners in home-printed marathon bibs, old Boston T-shirts and medals, with pot-banging family members cheering. They amassed a total of 608 miles. As word arrived that the last runner was in the final few minutes of his leg, all runners put on Lap 47 bibs and ran with him remotely – even a doctor on a break outside her hospital.

“The whole weekend was so much fun. Everyone treated their leg like it was a real race,” said Kerry Walker, a Nomads runner approaching her 12th Boston Marathon, who organized the virtual racing and kicked it off with a full marathon distance from her basement treadmill. “I feel like it really kept mental health and spirits uplifted at a time when we all really needed it.”

Despite races postponed, tracks closed, and group runs halted, running is booming. And it’s not just among the diehards. Running is helping ease that empty feeling for many missing their gyms and yoga clubs, recreation centres, youth sports and pickup games, or those simply needing to get outside and clear their minds. During the COVID-19 shutdown, running is something we can do; we’re just not supposed to run together or run near anyone else. However, we don’t have to feel alone.

The Vancouver FrontRunners is a group that provides a welcoming environment to the LGBTQ community and their friends to run and walk. With their two weekly runs and all socials on hold, the FrontRunners are gathering on video calls and playing selfie tag on their Instagram page while jogging solo. They’re also working on a way to run Vancouver’s Pride Run virtually, so they continue their fundraising for local charities.

“I’ve been amazed by the response to our selfie tag,” said Ashley Moore, a member of the Vancouver FrontRunners who also acts as its social-media director. “People miss the club and want to feel connected.”

More examples come from Paradise Running Club in Newfoundland, where runners are filling their private Facebook page with messages of encouragement, tips for the best routes in the St. John’s area, and run challenges. They competed in a game of selfie bingo, posting photos that included ‘something fluffy’, or ‘a sign of spring’. Their spring Learn to Run program for newcomers is online. They’re also holding a virtual run across Newfoundland, inspiring runners to tally the 904 kilometres it would take to travel from the Port aux Basques ferry terminal to the Terry Fox statue in St. John’s.

In Toronto, the High Park Rogue Runners are a group that usually runs three times a week, capped off by a post-run Friday night gathering at nearby Whelan’s Gate Pub. Now, with group events halted, the coaches among them provided a 10-week running plan, with a time trial to run individually at the end. The runners are also sharing in online scavenger hunts during their runs and posting nature photos. One Friday night after solo runs, they gathered by video call and ate takeout from Whelan’s.

The Montreal Beer Runners are trying to keep their Wednesday nights busy. While they usually do a group run that finishes at a bar, now they’re running separately and then reuniting from their home by video. With beer. Because there are Beer Runner chapters across the world, the Montrealers often join a multichapter virtual toast hosted by the original group in Philadelphia, the Fishtown Beer Runners.

“It would be so easy right now to say ‘I’m just going to sit at home all the time right now and do nothing’, but having this kind of activity encourages people to say ‘I can still try to have at least some part of my routine’,” said Naeem Khalid of the Montreal Beer Runners. “On Wednesday nights, we can still run and socialize.”

In Calgary, a group of running friends came up with the NOVID-20 Virtual Run – representing ‘No Viral Disease in 2020’ – which is engaging the global running community to help raise money for COVID-19 vaccine research. Runners can make donations as they participate in distance-running challenges with Strava, a popular free social-fitness network used by runners and cyclists.

The interest in high-tech running help has grown, says Running Room founder and CEO John Stanton. While his 100 stores across North America are closed, he says online sales of specialty watches, earbuds and sneakers are way up. The company’s online coaching clinics are popular, too, especially a maintenance clinic for marathoners with no race to run. In lieu of in-store shoe shopping, the Running Room is offering customers one-on-one video conferences to discuss shoe needs and to have their running gait analyzed.

“I started running because I wanted to lose weight, but I continued to run because of the circle of lifelong friends I made from it,: Stanton said. "So we have to be much more creative about how we do it now.

“What we are hearing from runners is that the biggest goal is getting their butt out the door to run and another is a seasonal goal – well we can’t congregate 500 people at a start area for a spring race right now. So how can we recreate that social engagement?”

Canada Running Series (CRS), which organizes large road races across the country, is offering virtual versions of three of its five spring and summer events that were cancelled or postponed. The 10,000 registrants for those three events have the option to run the distance alone, from anywhere, as many times as they want, up to a deadline. For their best result to count in the race standings, runners must track it on a GPS device and upload their race data on results website Sportstats.ca. Each finisher receives a race bib, T-shirt, medal and a photoshopped picture of themselves crossing the finish line. The virtual races offer no cash prizes.

“These are difficult times,” CRS race director Alan Brookes recently told hundreds of listeners on the CRS Facebook Live channel. “I think virtual races will be a great means of connectivity and structure … we need that more than ever right now.”

Running industry experts are actively sharing ideas to help the sport and big races adapt to physical distance challenges. Kirsten Fleming, executive director of Run Calgary – which oversees the Calgary Marathon – said she was recently in a live webinar with 411 race directors from all over the world.

“There are going to be so many virtual offerings in the marketplace, that you’ll have to be creative to stand out and give your virtual race personality just like you do in real-life running events,” Fleming said. “The industry is incredibly collaborative already, and this is maybe one of the silver linings – it’s about to become even more so.”

With reporting from Alex Cyr

Postponed road races get a rerun as athletes go virtual
May 1, 2020 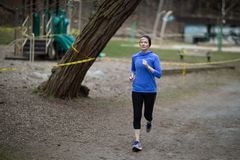 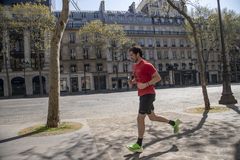 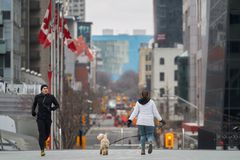