Imagine a job interview in which you’re given five minutes to prepare an on-camera speech for a stern-looking panel of interviewers, then asked to count backwards by 17s from a large number.

It’s stressful, which is precisely why researchers at Britain’s University of Westminster inflicted the ordeal on a group of volunteers. They wanted to know whether a prior half-hour jog through a virtual forest would help their subjects handle the stress better than an otherwise identical jog through a virtual cityscape.

Sure enough, measurements of the stress hormone cortisol showed that the urban jog led to a blunted physiological response to the interview challenge, which is a potential predictor of poor health. The results, which were published in the journal Anxiety, Stress, & Coping, join a growing body of evidence about the positive effects of “green exercise,” a catch-all term for workouts undertaken with a soothing backdrop of rustling leaves and flowing water (or, these days, big piles of snow).

Here’s what you need to know about this emerging field of research:

What does green exercise do for you?

On a more topical note, a recent analysis by Oregon-based tech start-up NatureQuant, which uses satellite and aerial imagery to quantify greenspace, found that U.S. counties with more greenspace saw slower spread of COVID-19, even when population density was the same.

It’s probably fair to assume that the hype is running ahead of the evidence: Hanging out with some trees isn’t going to solve all your health problems. But the evidence that nature does something is increasingly robust.

How much do you need?

In 2019, researchers at the University of Exeter analyzed data from nearly 20,000 people who reported how much recreational time they spent in natural environments such as parks, beaches, and woodlands.

Those who reported at least two hours of green recreation a week had greater well-being and better self-reported health. More was better, but the benefits plateaued after 200 to 300 minutes of exposure.

Crucially, it didn’t seem to matter whether people got all their weekly nature in a single massive dose, or spread it among several shorter visits.

So, too, do psychological factors such as stress reduction. One theory is that the fractal geometry and saturated colours of nature draw your attention more gently than the straight lines and honking horns of city streets, allowing your mind to wander and refreshing your ability to focus.

Green space may also encourage people to be more physically active and more socially connected, both of which have their own health benefits.

Put it all together and the results are impressively potent. A 2015 study matched data from 31,000 Torontonians in the Ontario Health Study to a massive database of more than half a million trees in the city. Every additional 10 trees on a given block were associated with a health boost equivalent to increasing income by $10,000 or being seven years younger.

Teasing out the roles of these various mechanisms and disentangling other confounding factors such as socioeconomic status remains a knotty problem for scientists. For the rest of us, though, all that really matters is that it works.

A time to bring attention to the importance of cardiovascular health and links to diabetes
February 22, 2021 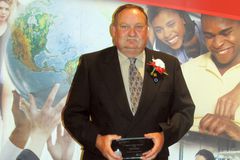 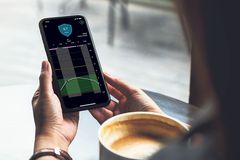