You can’t concentrate. You’re feeling unmotivated. You doom-scroll for hours instead of getting stuff done.

If you’re finding it hard to buckle down to work these days, don’t beat yourself up for it. It’s likely that your brain is doing exactly what it should, as we face a pandemic, a climate crisis, an economic recession and global threats to democracy. It’s on alert for danger.

Dr. Sonia Lupien is the director of the Montreal-based non-profit Centre for Studies on Human Stress. While she can’t say specifically how the COVID-19 pandemic is affecting people’s cognitive performance, since that has yet to be formally studied, she can offer insight on how the brain responds to stress – as well as suggestions on how to temper its negative effects.

Lupien, who holds the Canada Research Chair on Human Stress, describes the brain as a detector of threatening information.

“That’s the job of the brain,” she says, explaining its primary role was never to fill in paperwork or create spreadsheets, though it will perform these tasks so long as there is no threat in the environment.

The moment there is a threat, your brain won’t allow you to finish these tasks, she says. All of your attention is diverted to the threatening information to allow you to produce a biological stress response. This stress response involves the body’s release of stress hormones, which prepare you to either fight or run from danger.

In the brain, these stress hormones, namely cortisol, affect regions involved in emotion, as well as learning, memory and other cognitive functions, Lupien says.

“Once you understand the effects of stress on cognitive processing, you understand what people tell you in these times of COVID,” she said. “So what do they tell you? ‘I’m tired. I have to re-read the same paragraphs three times because I cannot follow my thoughts, et cetera.’”

She says stress hormones do three things to the brain that can explain these effects. First, they create an attentional bias – that is, all your attention is directed – to threatening information. In situations of acute stress, such as narrowly avoiding an oncoming car, your brain detects the threat, it triggers a stress response, and once the threat is gone, your stress hormone levels go back down to normal.

But when faced with a threat that persists for months, you constantly produce a stress response. Over time, Lupien says, the brain goes on high alert, becoming a “super-detector of threats,” and reacts as though the world is a dangerous place.

In this mode, you pay attention to negative information more than positive information, such as focusing on your partner’s complaints rather than compliments or gloomy news instead of cat videos. And this can become very tiring, since continually detecting threats and producing a stress response takes its toll, she says.

Second, because the brain is so focused on threatening information, your thinking becomes rigid, she adds. While this is helpful when you’re in immediate danger and need to narrow your focus and limit your thoughts, this mindset is not conducive to creativity and innovation.

Finally, stress hormones make you sensitive to interference, Lupien says. In other words, when you’re under constant stress, it becomes easier to fly off the handle or erupt in tears when other things compete for your attention, like your spouse reminding you to take out the trash or your child’s interruptions.

Dr. Alexandra Fiocco, an associate professor of psychology at Ryerson University, points out not everyone is feeling stressed during this pandemic. Some are even thriving. But to understand why the pandemic can cause stress for some people and not others, Fiocco explains there are typically four components, any one or combination of which can make us regard a situation as stressful. These are a perceived lack of control, a threat to your ego (that is, the idea that you’re being evaluated in some way), unpredictability and novelty (encountering something you’ve never experienced before).

These four “ingredients to stress” can look very different to each of us in this pandemic, she says. She advises if you’re feeling stressed to pay attention to which of these are at play.

“If we vaguely say, ‘I’m really stressed about COVID-19,’ that is so vague and overwhelming,” she says. But by identifying what it is about the situation that’s causing you stress, you’re better able to understand and home in on it.

Because the brain’s job is to detect threats, however, it’s impossible to hijack this process, nor would you want to, Lupien says.

As long as there is threatening information in your environment, “you will not be able to stop the machine,” she says. “The brain is ensuring the survival of the species. It’s doing perfectly its job.”

There are ways to reduce the negative impact of stress on your life. For starters, Lupien suggests recognizing your threshold for stress, and cutting down on the number of threats that are within your control, as soon as you reach your limit. For example, she says, avoid the news.

Physical exercise also lowers stress hormones and expends the mobilized energy to fight or flee, she says. It’s also possible to encourage the brain to pay more attention to positive things, such as by making a habit of thinking of positive events that occurred during the day before going to bed. Moreover, allowing yourself to laugh, even in times of adversity, can be beneficial to your mental health, Lupien adds.

Fiocco recommends practising mindfulness, which she defines as paying attention to the present moment while suspending judgment or with an attitude of acceptance. This can help you catch yourself whenever you get distracted by negative thoughts. Once you do, she suggests pausing to identify those thoughts and feelings, and then choosing how to move on. 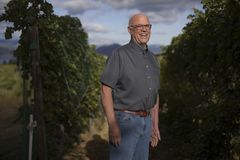 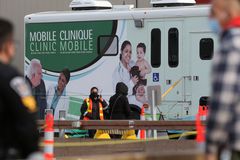 Psychiatrist Vivian Rakoff believed there was no divide between the brain and the mind
October 9, 2020 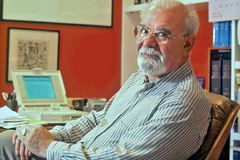