Earlier this month, U.S. President Donald Trump appointed several new members to the President’s Council on Sports, Fitness and Nutrition. The members of this council, which was created in 1956, serve as advisers to the White House and help to shape the country’s health and wellness mandates.

Normally, these types of low-key announcements don’t garner much media attention. But this list of White House appointees included “Mehmet Oz of New Jersey,” a.k.a. good ol’ Dr. Oz, who is renowned throughout the industry as being one of the worst sources of accurate health information alongside Gwyneth Paltrow’s Goop empire.

I’m not going to spend too much time picking on Dr. Oz. In 2014, he was dragged in front of Congress, where he was exposed for all who took notice as a sham, or at the very least an expert of dubious stature. Instead, I’ll use this occasion to offer some tips on how to sift through the ocean of crap that makes up much of today’s fitness information so you can make intelligent and informed decisions on your own, while also reminding everyone of the perils in placing stock in the wisdom of false prophets.

I love kettlebells, but anyone who tells you they’re the best and only method for getting in shape is wrong. Same goes for sandbags, Olympic lifting, suspension systems, body-weight training or any other esoteric training methodology. If the coach you’re learning from is a little too enthusiastic about a particular training system or implement, chances are they either have a financial stake in the company that makes or sells the product in question or they’re connected to an organization that sells instructional certifications.

Of course, there’s nothing wrong with making money. You can’t pay bills with good karma. Just be wary of little-known trainers who claim to have the answer to your fitness woes and hawk their products with a too-fervent zeal.

Trainers and coaches who truly believe in their programs and sell them to make a living are not evil. The same cannot be said for those who sell their souls to major corporations in return for fame and fortune. Celebrity trainer Bob Harper is a prime example.

Mr. Harper became a household name by yelling at fat people on TV. Early in 2017, he suffered a major heart attack and nearly died. One year later, he’s alive and well and moonlighting as a stooge for pharmaceutical giant AstraZeneca, makers of the pricey anti-clotting drug Brilinta. He’s even featured in a ridiculous ad alongside a fake doctor.

One weight-loss reality-TV show, now cancelled, faced claims from contestants that they were given a cocktail of drugs – including the ADHD medication Adderall and ephedra, which was banned as a dietary supplement by the FDA in 2004 – by its host and the show’s resident physician. Contestants also alleged they were encouraged to vomit daily in order to lose calories. Needless to say, the advice of sadistic trainers who are proudly sponsored by a pharmaceutical company should be ignored.

The preacher and the shill may be loathsome to varying degrees, but at least they believe in something. Trainers whose philosophies are ill-defined or, worse, non-existent do their clients and followers the greatest of disservices – they waste their time.

I specialize in helping thirty- and fortysomethings who have little to no experience lifting weights become comfortable with resistance training. There, that’s me. That’s my training philosophy. Hire me and you know what you’re getting. If you’re 19 years old and want to compete in powerlifting, I’m probably not the guy to help you out.

Instagram and Facebook are saturated with profiles of so-called trainers who think posting gym selfies and sharing motivational memes is akin to creating a philosophy. Nowhere on their Web pages or profiles do these “trainers” state what they believe in, what they do, or how they do it. Somehow this still leads to attracting followers, though as Mr. Trump and his new trusty sidekick Dr. Oz have proved, the appearance of success is often all that counts.

Don’t be duped by con artists or incompetent imposters. Reputable trainers live and die by their names. Do some research before handing over your hard-earned cash – not to mention your health. 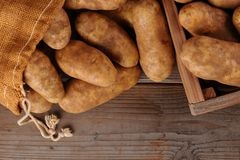 Six cooking habits that undermine your diet
May 11, 2018 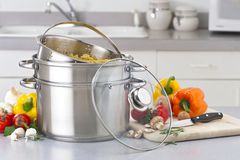