The spread of misinformation on the safety of vaccines has some parents asking the courts to be the final arbiter over whether their children should be immunized. But experts say using the legal system in this way could create the false impression that science can be up for debate.

In Salmon Arm, B.C., a judge has ruled that, despite the objections of their mother, two children must be vaccinated according to the province’s immunization schedule. The ruling, which became public this week, also granted the children’s father full responsibility for decisions regarding their medical and dental treatment.

Other parents in recent years have also have taken vaccination disputes to court. Last year, an Ontario arbitrator ruled in favour of a mother who refused to vaccinate her two children. The mother brought a well-known anti-vaccination advocate to testify. The father’s appeal of the decision will be heard later this year.

When judges hear a vaccination-related case, they are often asked to weigh legitimate scientific evidence against testimony from vaccination opponents who are skilled at making their arguments sound credible.

Justice Adèle Kent, chief judicial officer of the National Judicial Institute, which provides education and training for judges across Canada, said cases involving medicine and science are often challenging. Judges play a gatekeeper role, meaning they must decide when scientific evidence is valid, and when it is not. Those decisions aren’t always easy, especially as the science is complex and some witnesses who oppose vaccines can be very persuasive about their medical credibility.

“That’s why judges have to be so careful,” Justice Kent said. “The consequences are so significant. They’re life-altering.”

The National Judicial Institute has been doing more training to help judges navigate the increasingly complicated issues involving medicine and science, she said. The institute has also created a 220-page manual to help judges evaluate the validity of scientific and medical evidence being presented in court. The manual includes a detailed guide to understanding scientific evidence, and how to tell whether an expert witness may be biased, such as testifying frequently on the same position.

Louise Mimnagh, a family lawyer in London, Ont., said she has been involved in two vaccination cases. They were settled before they reached a trial, as most are, she said. But Ms. Mimnagh said that because the Canadian judicial system requires judges to evaluate and weigh evidence from a variety of experts, she believes it’s unlikely purveyors of pseudoscience would be taken seriously.

“There’s a lot of safeguards that have been developed in Canadian law to prevent shopping around for someone who’s going to say what you like.”

Yet, one of the problems with using the legal system this way is that it could give the false impression the debate over vaccines is legitimate, said Isaac Bogoch, an infectious diseases specialist at Toronto General Hospital. “We already have overwhelming answers to those questions,” Dr. Bogoch said.

Timothy Caulfield, Canada Research Chair in health law and policy at the University of Alberta, said he’s also concerned about using the courts to make decisions in vaccination disputes. “It can create an impression of false balance, that there’s two equal sides,” he said.

The anti-vaccination movement promotes many falsehoods about vaccines that cause people to question their safety, such as the debunked ideas they are linked to autism or have a high risk of serious side effects.

One way to keep vaccine disputes out of court is to focus on better education and stopping misinformation from spreading, Dr. Bogoch said. The medical community, governments, communication experts and other stakeholders must do more to combat the rise of anti-vaccination sentiments and misinformation about health, which can be disseminated quickly on social media, he said.

While organizations such as the Public Health Agency of Canada have started campaigns aimed at dispelling myths, experts say much more is needed to counter false information, including better oversight of regulated health professionals who profit by promoting that misinformation.

In the recent B.C. court case, Justice Stella Frame noted in her ruling that the mother said she became “uncomfortable” with vaccines after speaking to a naturopath ABOUT the risk of side effects. The naturopath offered to conduct tests to determine whether her children would be at risk, but the mother couldn’t afford them. The children’s father asked the court to order the children to be vaccinated.

The naturopath, Chris Spooner, said in an e-mail that he wasn’t at the court proceeding and can’t comment on it. But he added that he is pro-vaccination and adheres to all college policies on issues of immunization.

In a statement posted online, the College of Naturopathic Physicians of B.C. said naturopaths are not allowed to share anti-vaccination information with patients, and that anyone doing so will be investigated. The college did not respond to a request for comment.

Justice Frame’s ruling relied heavily on cases that went in favour of the parent that wanted to immunize their children. She also highlighted the mother’s attempts to use testimony from Toni Bark, an anti-vaccination advocate, writing that Dr. Bark’s views read like “a conspiracy theory.”

The case arose because of new immunization reporting requirements in B.C. Under the new rules, unvaccinated children can be kept home from school during outbreaks, a situation the father wanted to avoid. A letter from the provincial health authority stated that the father would need to get a letter of consent from the mother to have the children vaccinated, or obtain a court order. 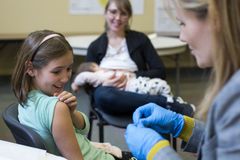 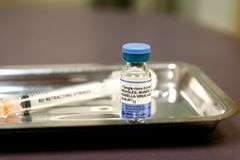