If you’re like most Canadians, you don’t eat enough fruits and vegetables. Canada’s food guide, updated in 2019, recommends building one half of your meals with these nutritional powerhouses.

Yet only three out of 10 Canadians achieve this healthy eating goal on a daily basis.

That’s according to researchers from the Agri-Food Analytics Lab at Dalhousie University in Halifax who, this summer, surveyed 10,000 Canadians about their intake and perceptions about fruit and vegetables.

When asked whether their fruit and vegetable intake matched the food guide’s recommended amount, 43 per cent of Canadians hit the target a few times a week and less than one third (29 per cent) did so every day.

But it’s not because people are unaware of the health benefits of eating fruits and vegetables, including protection against high blood pressure, cardiovascular disease, certain cancers, dementia and early death. The survey showed that health is, in fact, a big motivator to eat produce among 75 per cent of Canadians. Many Canadians eat them to reduce cancer risk (42.6 per cent), to lose weight (66 per cent) and to promote gut health (71 per cent).

The top reasons for not eating enough fruit and vegetables were price and the feeling that they “took too much work to prepare.”

The majority of Canadians (65 per cent) said they buy only fresh produce, a preference which could limit their fruit and vegetable intake over the winter months.

And nearly two-thirds of Canadians are concerned about pesticide residues on produce in grocery stores.

If you feel your daily diet is short on fruits and vegetables, perhaps for one of the reasons above, consider the following strategies to help you increase your intake.

Prep in advance. To speed up mealtime, prep vegetables when you get them home from the market or store. Wash and spin lettuce, then wrap in a damp paper towel and store in a lettuce bag or storage container.

Grill peppers, zucchini, eggplant and portobello mushrooms on the weekend for quick weekday meals. Or make a batch of vegetable soup to enjoy during the week.

Plus, frozen fruit and vegetables may have a higher nutrient content than their imported counterparts since they’re flash-frozen right after harvest, when produce is most nutrient-packed. And using frozen produce helps cut down on food waste; you prepare only what you need and store the rest for later.

Remove pesticide residues. Wash and rinse all produce with running water (not soap) to reduce the amount of pesticide residues, bacteria and dirt. It’s the mechanical action of rubbing under water that removes this matter. Remove and discard outer leaves of lettuce, leafy greens and cabbage. Scrub thick-skinned produce such as potatoes, carrots and parsnips.

Special fruit and vegetable washes have not been shown to be better at removing residues than plain water, but a solution of baking soda and water may be the most effective method. A 2017 study from the University of Massachusetts showed that washing apples with such a solution removed 96 per cent of two common pesticides used in apple farming after 15 minutes. Soak produce in a sink full of cold water mixed with four tablespoons of baking soda for five minutes or longer. Rinse again in tap water before eating.

Foods to include in an asthma-friendly diet
Subscriber content
August 23, 2021 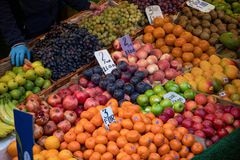 To protect your brain, add these brightly coloured fruits and vegetables to your diet
Subscriber content
August 16, 2021 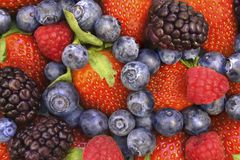 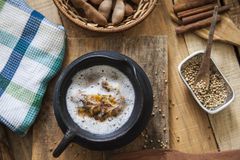