Matthieu Boisgontier’s strategy for keeping fit is a little unorthodox: He buys a chocolate bar – then doesn’t eat it. By training himself to rein in his automatic impulses, he figures he’ll get better at resisting the lure of the couch and getting out the door for his daily half-hour run.

According to new research by Boisgontier, a neuroscientist and health researcher from France recently hired by the University of Ottawa, that strategy may have long-term implications for how his physical and mental capacities decline as he ages – but not necessarily in the way you’d expect.

For years now we’ve been hearing about the power of exercise to keep our brains healthy. Research in both animals and humans has shown that physical activity maintains blood flow to the brain and raises levels of growth factors that promote the formation of new neurons. A study from the Ontario Brain Institute estimated that people who are very physically active are almost 40 per cent less likely to develop Alzheimer’s disease.

But Boisgontier and a colleague from the University of Geneva, Boris Cheval, believe that may be only half the story.

In 2018, they published a study that used EEG brain imaging to explore one of the great riddles of public health: why people fail to exercise regularly even when they know how beneficial it would be. By flashing images of people exercising or lounging in hammocks, they showed that it takes extra neural effort to resist the lure of being sedentary. In other words, we’re wired to be lazy.

Based on those findings, they began to wonder whether declining cognitive function might be a cause, rather than just a consequence, of age-related declines in physical activity.

To test this hypothesis, they analyzed data from more than 100,000 adults between the ages of 50 and 90 in 21 European countries, each of whom had completed cognitive assessments and reported their physical activity levels five times over a 12-year period. The results will be published in the June issue of the journal Health Psychology.

As expected, those with the lowest scores on the cognitive test also tended to get the least exercise. But the most interesting finding was how the scores changed over time: The inexorable declines in cognitive function generally preceded declines in physical activity, suggesting that the former contributed to the latter.

There was also evidence, albeit weaker, that physical declines are followed by cognitive declines. As a result, Boisgontier said, “our results support the idea that cognitive abilities and physical abilities are part of the same circle that can be either a virtuous one or a vicious one.”

The new results join a long-standing debate about the underlying causes of age-related decline, says Emilie Reas, a neuroscientist at the University of California San Diego. It’s possible, for example, that socioeconomic factors or lifestyle changes such as retirement could lead to both physical and cognitive decline in parallel.

“Even if cognitive impairment does limit physical activity, this doesn’t refute the fact that exercise is good for the brain,” she said. “This evidence is quite solid and shouldn’t change the advice to stay active throughout life, especially in older age.”

But if cognitive function itself is a risk factor in that potentially vicious cycle of decline, that suggests other possible counterattacks. Cheval stresses the importance of sustaining cognitively engaging activities such as socializing and reading and modifying the environment to make movement – taking the stairs rather than the elevator, say – a default option that doesn’t require extra cognitive effort.

Boisgontier, meanwhile, has used his don’t-eat-the-chocolate-bar strategy to ingrain the habit of a half-hour daily run. At first, convincing himself to lace up his shoes and get out the door took a lot of mental effort. But eventually, he said, it became automatic. “I don’t really need any brain resources to engage in this physical activity any more” – precisely, he hopes, what will make the habit stick as he gets older. 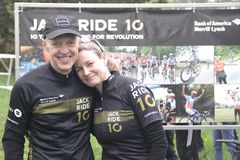 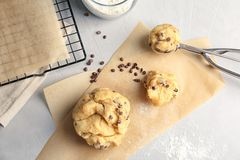 Is it safe to take antidepressant medication while pregnant and nursing?
May 19, 2020
Follow Alex Hutchinson on Twitter @sweatscience
Report an error Editorial code of conduct
Due to technical reasons, we have temporarily removed commenting from our articles. We hope to have this fixed soon. Thank you for your patience. If you are looking to give feedback on our new site, please send it along to feedback@globeandmail.com. If you want to write a letter to the editor, please forward to letters@globeandmail.com.
Comments