After wrapping up a 54-year career, David Steventon didn’t know what to do with himself. He renovated his kitchen. He and his wife, Margaret, traveled across the country. But by last Christmas, only a year after retiring from the Canadian Automobile Association, he felt restless.

“I was getting under Margaret’s feet a little bit,” he says. “I was thinking to myself sometimes, ‘You’re thinking as if you’re a depressed person, for crying out loud.'”

That’s when Steventon found a cure for his malaise in a (metaphorical) shed.

Hungry for camaraderie and for something to do, Steventon, now 72, volunteered to lead a social group, called the Naismith Men’s Shed, an informal club of mostly retired men from around the Mississippi Mills, Ont., area, after learning about the initiative on social media. Every Thursday, they hold gatherings, alternating between evening meetings at a local museum boardroom and breakfasts at a restaurant called Mamma’s Place. And in between, they work together on community projects, such as making raised flower beds or bee condos, or simply call on one another to go for coffee.

The Naismith group is one of the newest men’s sheds in Canada, and part of a growing international movement to help combat loneliness and social isolation. While some groups gather at workshops or garages that really are no bigger than backyard sheds, the term “shed” is used more in spirit – a casual place where members can hang out, tinker and feel at ease. The grassroots movement began in Australia in 2007, and has since spread across New Zealand, the United Kingdom and Ireland.

In Canada, there are 21 men’s sheds, according to Doug Mackie, chair of the Canadian Men’s Shed Association and founder of the first Canadian shed in Winnipeg. Their proliferation reflects a demand, particularly for retired men, for some structure in their lives, as well as for a relatively effortless way to connect with others, Mackie says.

Upon retirement, many men experience their sense of self-worth diminishing as they no longer bring home a paycheque, and they can find themselves in conflict with their spouses when they’re suddenly constantly in each other’s space, he says. Yet traditional social groups and seniors centres may not appeal to them, since many such gatherings have a predominantly female membership, Mackie says. Plus, many men feel anxious about meeting new people and communicating face-to-face.

“You want to talk to a man? Sit him down beside you and give him something to play with in his hands,” Mackie says, noting that each shed comes up with its own activities, whether it’s playing cribbage, repairing bicycles, cooking or woodworking.

“What happens is they start chatting,” he says.

Since starting the Woodhaven Men’s Shed nearly a decade ago, Mackie, now 78, says he has seen multiple benefits of the men’s sheds model. Not only does it coax members out of social isolation and foster friendships, their projects are often aimed at contributing to the community, such as carving wooden canes for stroke-recovery patients or building gardens. Participation in the sheds tends to improve members' emotional well-being, he says. Plus, activities, such as collaborative cooking sessions, and guest speakers invited to discuss issues including diabetes or seniors' transportation help improve their lifestyles as well.

He calls this “health by stealth.”

Encouraging social participation, particularly among older people, has become a major concern for policy and health experts, as a growing body of research points to the serious health risks associated with loneliness, ranging from cardiovascular disease and cancer to depression and dementia. According to recent data from the Canadian Longitudinal Study on Aging, a large, national, long-term study, one in three Canadian women and one in five men over the age of 75 are socially isolated.

But since there are few community programs that specifically target men, this effort tackles a real need, says Corey Mackenzie, professor at psychology at the University of Manitoba, who has been studying men’s sheds.

“I think if it did that, there would be a problem; it would drive people away,” Mackenzie says, explaining older adults, and men, in particular, tend to be less likely to access mental health services, in part, because of traditional notions of masculinity and gender roles. “It’s much more acceptable for women to look for help and to seek help than it is for men.”

As the name suggests, men’s sheds are for and run by men, Mackie says, but women are welcome and encouraged to come. Often, he says, women are the ones urging their husbands to join a shed, and are happy for the respite.

The focus on men can be an obstacle when seeking funding and charitable status, Mackie says. In other parts of the world, men’s sheds receive government funding, but he says the Canadian government tends to be cautious about supporting anything that may be perceived as sexist. So, Mackie says, members come up with their own way of raising money, such as cleaning and repairing donated tools to hold tool garage sales.

But while funding can be an issue, it doesn’t take a special clubhouse to start a men’s shed, Mackie says. Some sheds simply meet up in a local park or cafe. The most difficult part is to get a group together regularly, and to get the men to open up.

“Go to any Starbucks. Go to any Tim Horton’s at 10 o’clock in the morning. There’s a men’s shed right there,” Mackie says. “There’s the same guys sitting in the same chairs.” All they’re missing, he says, is a project. 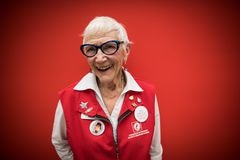 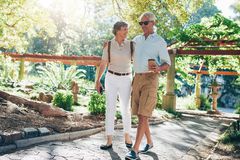 Seniors turning to cannabis for relief – and businesses are all in
June 29, 2018 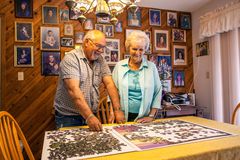