Staying healthy, like showing up, is an underappreciated key to success in many fields. Olympic medalists, for example, report fewer sick days than their just-off-the-podium rivals.

And dodging infections is particularly challenging for athletes, who regularly push their bodies to the limit – at least, that’s the conventional wisdom. But a pair of recent studies has shaken up the usually sedate field of exercise immunology, challenging dogmas and leading to new recommendations on the best way for athletes and others to stay healthy.

Most scientists agree that exercise boosts your immune system – up to a point. Push too hard, the thinking goes, and in your weakened state you’ll be temporarily susceptible to any passing bugs, an idea known as the open-window hypothesis.

But last month, health researchers John Campbell and James Turner of the University of Bath in Britain published a provocative review in Frontiers in Immunology arguing that the open-window hypothesis was incorrect.

“There is not much reliable evidence to show that exercise – even running a marathon, which is quite extreme – leads to heightened risk of infections,” Campbell says. “And if people do get an infection, it’s probably due to their attendance at a mass-participation event, where lots of people, and their bugs, are gathered.”

Many of the studies that seem to support the open-window hypothesis are flawed, Campbell argues. After strenuous exercise, for example, many people suffer from allergy-induced respiratory tract irritations, which they confuse with symptoms of a cold. And blood tests showing a postexercise drop in the number of immune cells may simply indicate that these cells have migrated to places such as the lungs to combat potential infections.

Not surprisingly, some scientists disagree with this revised view. Neil Walsh, a physiologist at Bangor University in Britain, points to data from his lab showing that two hours of low-intensity running reduced immune sensitivity compared with 30 minutes of running, even if the shorter bout was more intense.

Still, Walsh agrees that the widespread but overly simplistic idea that hard exercise always weakens your immune system is due for revision: “A little bit of stress may be a good thing and important as part of our survival mechanism,” he says.

Last month in the European Journal of Sport Science, Walsh offered his own set of updated tips for athletes hoping to avoid infections, based on the latest research developments in the field. Some key themes:

At the Vancouver Olympics, Norwegian medal contenders were given single rooms, stayed away from crowded places and in some cases even had plastic sheeting covering germy hotel carpets. As a result, their illness rate was a third of what it had been at the previous Winter Olympics.

Walsh’s no-nonsense advice: Avoid sick people, wash your hands, don’t self-inoculate by touching your eyes, nose and mouth, and get appropriate vaccinations such as the flu shot.

It’s hard to argue with the benefits of at least seven hours of sleep a night and a balanced diet. Walsh adds an additional wrinkle: Try to avoid long periods of “low energy availability,” when you fail to replace the calories you’ve burned exercising, since nutrient availability directly affects immune processes.

As for immune-boosting supplements, Walsh notes that studies have mostly failed to back the hype. Three that he sees as worth considering for their potential immune benefits: 1,000 IU per day of vitamin D during the winter, 75 mg per day of zinc acetate lozenges at the onset of a cold and probiotics when at heightened risk of illness due to travel.

But training stress shouldn’t be viewed as totally separate from other life stresses, Walsh notes. In another study published earlier this year, he and his colleagues found that anxiety and perceived psychological stress, as measured by a simple questionnaire, had just as big an effect as exercise on immune function. So all these factors have to be considered together.

“To a seasoned runner, a daily six-mile run may help alleviate life stress,” he says. “However, for a non-runner, the thought of running six miles once, let alone daily, may present an unpleasant challenge and be interpreted as highly stressful.”

These recommendations point to a more nuanced understanding of how exercise and immune function interact. The debates won’t be resolved without more research, but there’s one clear takeaway, Campbell says: “It’s important that the general population are not put off exercise for fear of catching infections.”

Alex Hutchinson (@sweatscience) is the author of Endure: Mind, Body, and the Curiously Elastic Limits of Human Performance. 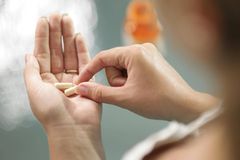 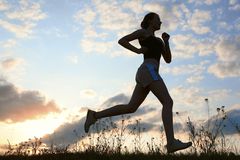 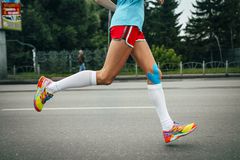