Two recent studies from the journal Medicine and Science in Sports and Exercise got me thinking about children’s fitness – and looking out the window of my office.

I live and work in the same house I grew up in and my oldest daughter goes to kindergarten at the same local school I attended. When I look outside, I get a vivid (if anecdotal) picture of how much has changed over the course of a generation: the endless outdoor games, the packs of roving kids and the pelotons of school-bound cyclists that I remember have mostly disappeared.

“Same house, same school, same neighbourhood, which is likely no more dangerous than when you grew up,” said University of Lethbridge public health professor Richard Larouche when I recounted the scene to him. “I think this example speaks to the importance of social norms that have changed over time.”

Larouche is the lead author of one of the two new studies, which together make the case that fitness patterns established in childhood have lasting effects on adult health, and these patterns can be influenced by a wide variety of sometimes unexpected factors such as parental attitudes about traffic and morning temperatures.

The first study, from researchers at the University of Tasmania in Australia, tracked down nearly 2,000 adults who had been tested as children between the ages of 7 and 15 back in 1985. The test assessed muscular power with a standing long jump, and also collected other information such as self-reported physical activity, diet and body composition.

When the same tests were repeated two decades later, the results were somewhat depressingly predictable. “Muscular fitness persists, or tracks, between childhood and adulthood,” explains Brooklyn Fraser, the study’s lead author. The strong stayed strong and the weak stayed weak.

That doesn’t mean your fate is sealed as a child, Fraser points out. Of the children whose long jump ranked them among the lowest third, around 15 per cent managed to climb into the highest third by adulthood. But more than half stayed in the lowest category. That helps explain why high levels of muscular fitness in children end up predicting lower risk of heart disease, metabolic syndrome and other serious health conditions in adulthood.

Acknowledging the importance of childhood fitness is one thing; figuring out what to do about it is a far more complex challenge. Larouche’s study, conducted with colleagues at the University of Quebec in Trois-Rivières, the University of British Columbia and the Children’s Hospital of Eastern Ontario Research Institute, monitored the physical activity levels of 1,699 children in 37 schools in Ottawa, Trois-Rivières and Vancouver for a week, then used a series of questionnaires filled out by the children and their parents, along with other data sources such as weather and walkability scores, to search for predictive patterns.

The biggest and most easily modifiable factor affecting how much the children moved was the amount of time they spent outdoors.

“Studies comparing physical activity in indoor versus outdoor environments have consistently found that children are more active outdoors,” Larouche says. “Other studies suggest that children may be more active if, as adults, we back off and let them play.”

There were also some more subtle indicators that, in some cases, varied by gender. Boys were less active if their parents reported driving to work, were worried about traffic or were worried about other people in their neighbourhood. Girls were more active as the morning temperature warmed, adding 77 steps a day for each additional degree Celsius.

Active travel to school also played a role, but in general the children (who were between 8 and 12 years old) had low levels of independent mobility, as assessed by whether they were permitted to do six things on their own: travel to and from school, travel to other places within walking distance, cross main roads, go on local (non-school) buses and go out alone after dark. On average, the children in the study were permitted to do two of these things – which brings us back to the scene outside my office window.

“Many people believe that the world is a more dangerous place than 25 years ago,” Larouche says, “but interestingly crime and road injury rates have both declined substantially.”

The challenge, Larouche believes, is to turn back the clock on social norms about what is acceptable for children to do. As a parent, I know it will be difficult, and even a bit scary, to follow that advice in the years to come. But if I was allowed to do those things, why shouldn’t my kids do the same? 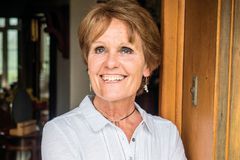 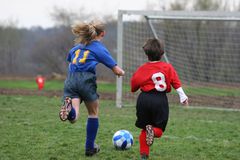 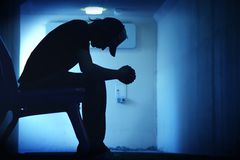